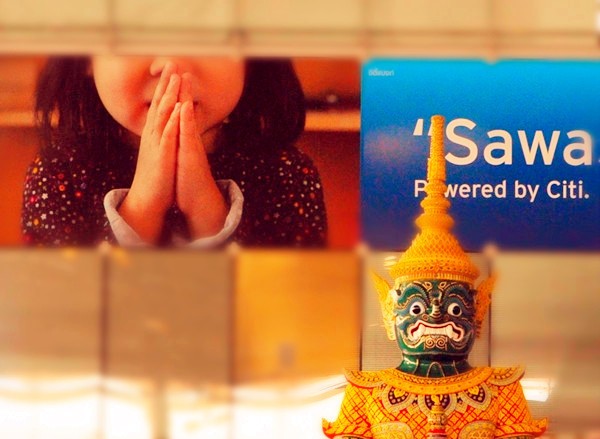 Apart from the humidity and heat, the turmoil and religion, and all kinds of legends about the airport, I can say that I know nothing about Thailand, although it is so close to me. Until the departure, there are still many, many unknowns. As a result, with those question marks, I almost hurried on my trip to Thailand.

The plane took off from Xiamen Gaoqi Airport and soared into the sky. Just after the climbing period, the sea was already underneath. The trees and houses on both sides of the river can be seen faintly, and the sea in the middle is not as endless as imagined. It is quiet and has a deep blue color. From time to time, irregular white lines pass over it and meander forward. As the height of the plane became higher and higher, I saw the rolling white clouds, jogging among the white clouds like clouds of waves.

When the wings of the plane spread out, I suddenly came to my senses. The plane has arrived over Bangkok and began to slide down. He streaked across the numerous buildings of different heights and landed at Suwannabe International Airport. In fact, the plane only completed a short flight mission, and I, as for myself, said goodbye to one city and threw myself into the arms of another strange city so easily.

When you enter the airport, you will see the buildings and decorations with Thai characteristics. Splendent pagodas and statues, murals, sculptures and pictures reflecting Thailand’s history, religion and culture can be seen everywhere, making people feel the royal style and Buddhist atmosphere of the country as soon as they enter Thailand. Indeed, Suwannabe International Airport is truly one of the largest, most distinctive and busiest airports in Asia.

In the spacious and elegant airport hall, each area has different airlines and flights to all parts of the world. The whole airport hall is equipped with complete facilities, beautifying and greening, and there are many tropical flowers. I think Thai culture should be deeply influenced by India. In the hall, you can see many Asura in Hindu mythology and a sculpture with a sea of milk churning, which is also one of the epics of Indian mythology.

Before coming out of the airport to take the tour bus, a Thai beauty presented each of us with a string of golden lotus flowers, the national flower of Thailand, strung together with red ropes, and took a photo with us. This scene, let us temporarily forget the fatigue of the journey.

Each of us accepted the special welcome of Thai customs and etiquette. We also learned to fold our hands on our chests and worship devoutly. We also said: Savarika (homophonic) means hello in Chinese. Now think about it, think this etiquette is quite good.

Along the way, with the tour guide explaining the local conditions, customs and traditional culture of Thailand, as well as the construction history of Suwannabe Airport, the mysterious veil of various legends of this world-famous tourist resort and Suwannabe Airport was lifted layer by layer.

According to the tour guide, Suwannabe Airport is the new airport built on September 28, 2006, also known as the new Bangkok International Airport. Locals call it the “Cobra” airport because there are many cobras in the surrounding trees. Cracks appeared on the runway and taxiway of the airport just after it was put into operation and needed to be repaired. Later, the “100-year-old” Langman Airport was opened.

Until December 2008, Suwannabe Airport was reopened. Suwannabe Airport took 45 years from planning, design to completion and cost 30 billion US dollars. Legend has it that the airport was built on an ancient temple and graveyard. After its completion, there were many “haunted” incidents. The management department had to build temples nearby. It also invited 99 eminent monks from Bangkok’s Jade Buddha Temple, Sleeping Buddha Temple and Golden Buddha Temple, which lasted for 7 days and 7 nights to chant sutras and rest the souls of all parties.

Suwannabe means “golden land” in Thai. Now Langman’s old airport has completely ceased operation, and some buildings have been converted into commodity display and shopping centers. Judging from the map, Suwannabe Airport is located south-east of the Grand Palace in downtown Bangkok, with a straight distance of about 29 kilometers. The airport covers an area of 32 square kilometers, of which the terminal is one of the largest in the world.

Suwannabe International Airport has an apron and two runways that can park 120 planes at the same time, and can handle 45 million people entering and leaving the country every year. It also has the world’s highest airport control tower, which is 132 meters high, in order to better control air traffic. The glass roof design of the airport is also the most in the world, which can help the building shield the strong tropical sunlight outside and reduce the operating cost of indoor air conditioning.

After getting on the tour bus, you can still hear the radio in the airport hall. The pearls were round and jade-embellished, and the voice of the female announcer reported the flight information over and over again. It was a Thai-English bilingual broadcast: “Attention, passengers, the first flight from Bangkok is about to take off.” Or: “The first flight from Bangkok will arrive in Bangkok soon.”

Ha ha, just between this and this, we welcomed and sent off more or less tourists from all over the world. Every day, every hour, even every minute is so busy, but full of hope and excitement. This is Thailand’s Suwannabe International Airport.

Suwannabe International Airport is like a fashion palace and a Buddhist museum. Although we all came and went in a hurry, I believe everyone who passed by can feel the exotic customs. Also, the mystery that cannot be explained clearly. . . 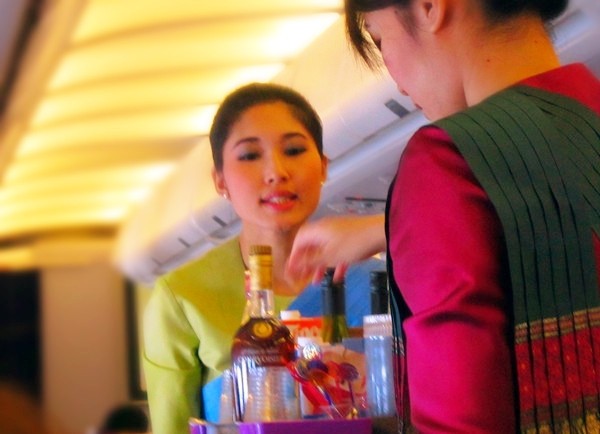 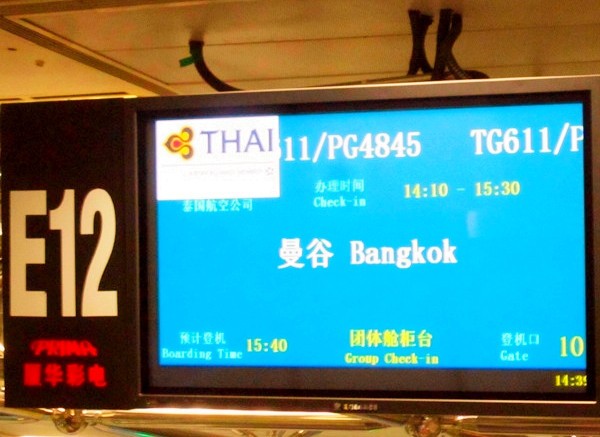 The Thai government allows tourists from 55 countries to enter the country. 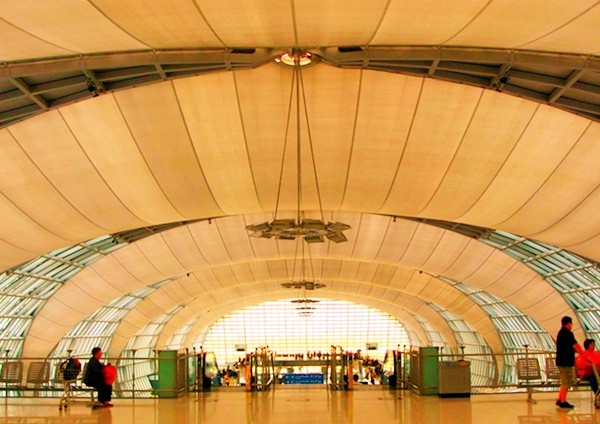 Suwannabe International Airport is like a “cornucopia” to absorb foreign capital. 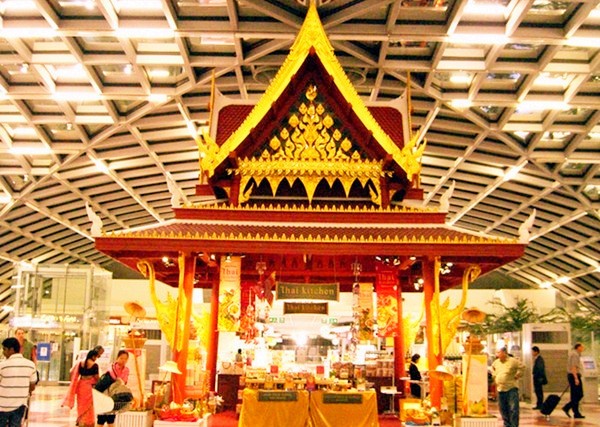 Architecture and Decoration with Thai Characteristics 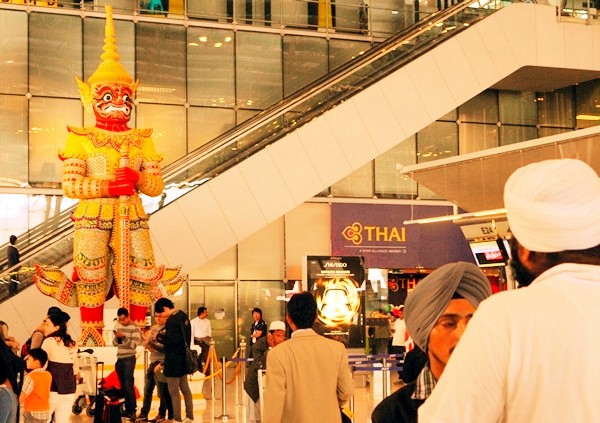 There are many Asuras in Hindu mythology in the hall. 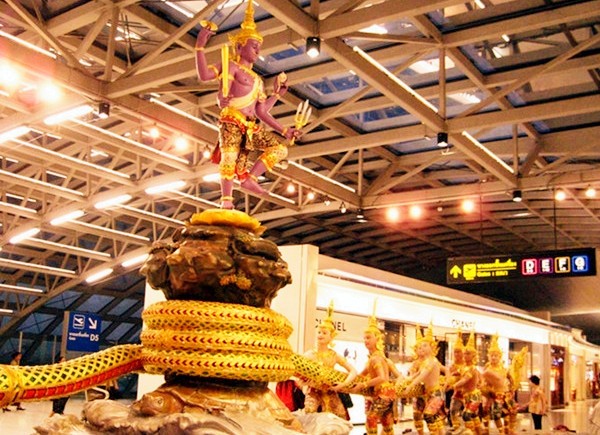 The sculpture of the milk sea churning is one of the Indian mythological epics. 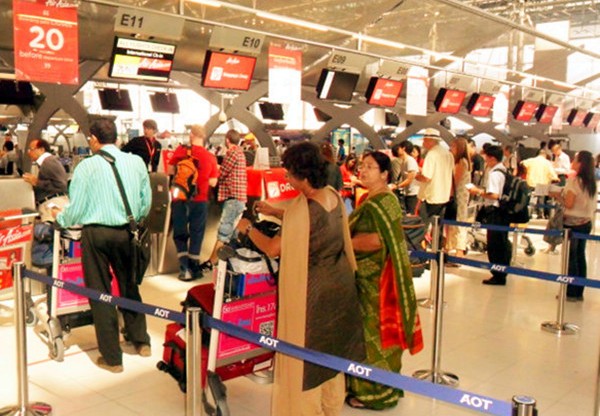 Each region has different airlines and flights to all parts of the world. 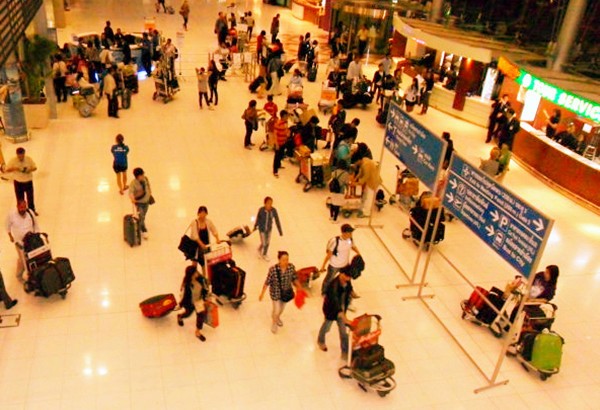 Suwannabe Airport ranks 18th among the major airports in the world in terms of passenger flow. 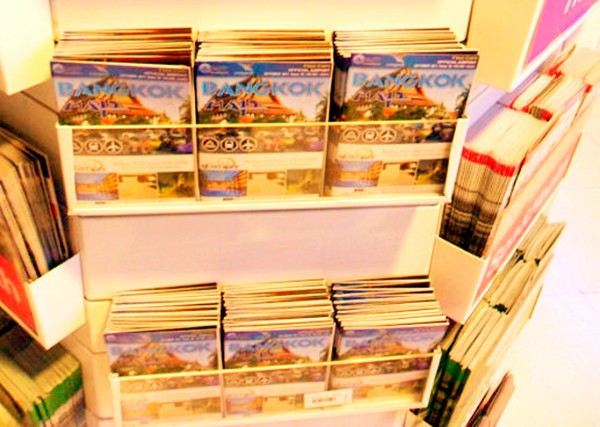 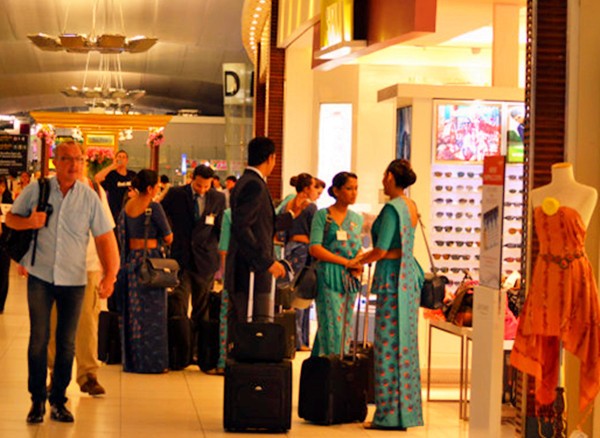 There are many big brand shops in the airport lobby. 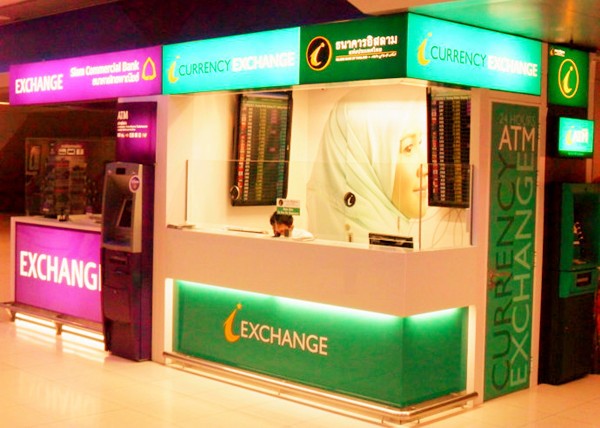 You can exchange RMB here 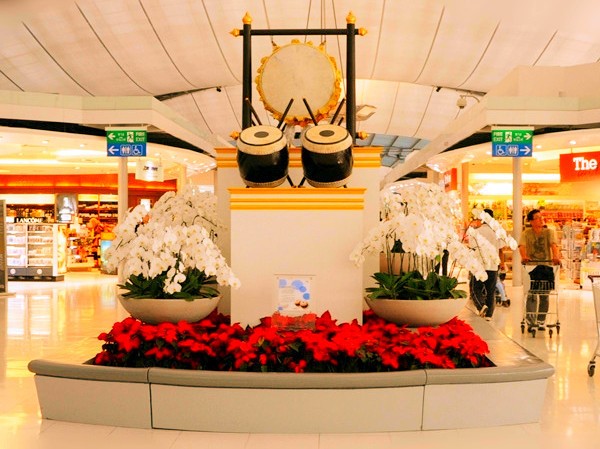 Suwannabe Airport is both a shopping mall and a museum. 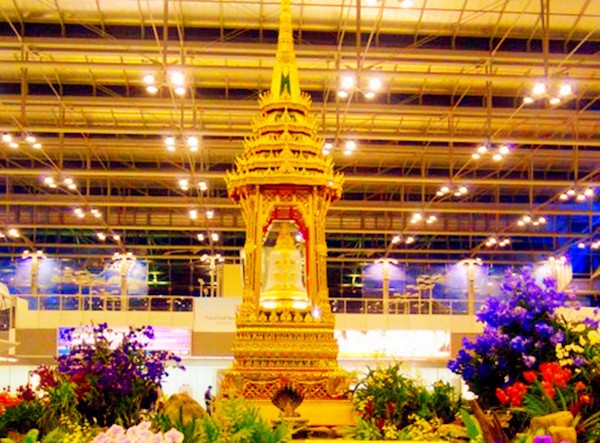 The golden pagoda stands among the flowers in the airport hall.