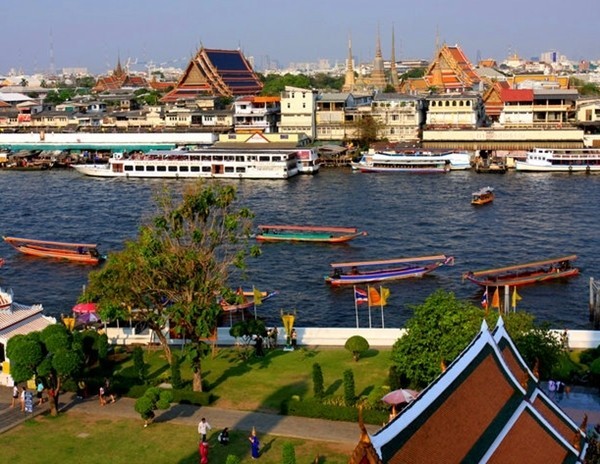 Bangkok is to Thailand what Rome is to Italy. It is not only sacred but also romantic. There are resplendent temples and monks in robes everywhere, as well as a strong religious atmosphere and the openness, openness and enjoyment of Thais. All this has formed a strong and sharp contrast. No wonder, this place is praised as a paradise for tourists and a paradise on earth.

Thailand is a religious country, and the vast majority of its citizens believe in Buddhism. Therefore, it is also called “the country of smiles”. Buddhism has virtually and deeply influenced the life of Thais. In this country, even the descendants of the royal family went to temples to be monks for a period of time when they were young. No matter what class men, they must have this experience in their life. Therefore, Bangkok people are all gifted Buddhists. They hold a happy and simple concept of life, and are happy with life and death, peace and nature.

The resplendent and magnificent Grand Palace is a landmark building in Thailand and a must for everyone who travels to Bangkok. Although Thailand’s royal family has no real power, it has considerable appeal. The people respect and love the current King Bhumibol. From the portraits of the king all over the streets, it can be seen that the Thai people are the spiritual leaders who support them from the heart.

Take to the streets of Bangkok and feel the warmth of tropical sunshine. The sky is blue and the spires of pagodas are shining, which shows the faith of this country. Every pagoda has a story, just like every leaf, every wisp of wind, everyone has his own story. From time to time, the golden roofs, cornices and glazed tiles, the pavilions, towers and corridors, and the large and small Buddha statues are all brilliant in gold and jade, exquisitely carved, or tall and straight, magnificent.

Walking through the streets of Bangkok, I realized that the streets were connected by a stone bridge with a river under it. This is why I believe Bangkok is a city built on water, and the Siam nation is an active nation on water. Siam, meaning freedom. From Thais, we can easily see that kind of laziness and casual, it seems that no what can make them worry. Is this also a Zen realm?

The tranquility and holiness that are inadvertently touched go hand in hand. No matter walking through the Grand Palace and Jade Buddha Temple with devout heart, or floating quietly and slowly on the beautiful Chao Phraya River at night, there seems to be golden light everywhere, blurring Bangkok’s bright and long history. Looking at the undulating cornices of phoenix heads, white jade walls and glittering and translucent porcelain flowers, my heart was excited. Let you and I in front of Buddha pay tribute to Bangkok.

In my feeling, the Chao Phraya River is like the Yunhan Milky Way that poured down from nine days in an ancient Chinese poem. This beautiful mother river, dragging Yiyi’s long skirt, crosses through the middle of Bangkok and nurtures Bangkok, a beautiful city, with its sweet milk sweat.

Thai rice has long grains, sharp ends and white color. It is cooked into rice and is fragrant, soft, smooth and tender. It enjoys a high reputation in the world market. The Chao Phraya River is the basic guarantee of Thailand’s granary. It is no exaggeration to say that without Chao Phraya River, there would be no world-famous rice in Thailand. This shows how important the Chao Phraya River is in the minds of the Thai people.

The Chao Phraya River is not clear and has deposits from ancient history. Roaming on a cruise ship on the Chao Phraya River at night is another way to get a glimpse of Bangkok. Different from Hong Kong’s Victoria Bay cruise ship, watching the scenery on Bangkok cruise ship is like shuttling back and forth in the deep just visiting, where modern and ancient collide and merge. Order is maintained in disorder and vitality is revealed in stability. Bangkok is really a living city, real and attractive.

Bangkok in the dim light of night seems to be a dream city. During the day, numerous temples add a lot of solemn atmosphere to the city. However, under the shade of night, there were lights everywhere, and warblers sang and swallows danced. No matter which road in Bangkok, there are many foreign tourists. Roadside bars play freely and temple bells ring from time to time. This contradiction is harmoniously unified here. Ha ha. This is really a specialty only available in Bangkok.

In downtown Bangkok, it is a paradise for backpackers and shopaholics. Even during the day, there are many local men holding photos of men and women bathing together to solicit customers along the streets, not to mention at night, when the music of pole dancing and the laughter of men and women are heard in various bars. Many Western tourists came to Bangkok, turning this devout Buddhist country into a paradise for debauchery. And I also came here, as if I had forgotten my relatives, hometown and friends, and I lived and died with them, crowing and dancing.

In the Rumpini boxing ring, gamblers screamed at the top of their voices. A group of people who sold spiritual flesh were all scarred. This is the most desperate madness. Primitive barbarism and coldness are clearly revealed between boxing and meat. The background color of life suddenly fits and weakens. Life, the law of the jungle, was originally cruel.

This is a enchanting city. The more beautiful it is at night, the more strange it is. Cruising in a dream-like city, there are magnificent scenery, great beliefs, prosperity where beauty and ugliness coexist, and a love affair where life and death depend. Here, either atmosphere or delicacy, through your eyes, shows unique nobility and king’s spirit, giving birth to countless fantasies and lingering.

In the desperate situation of time and space, people find their own home. With the flowing Chao Phraya River, their hearts become devout and mellow overnight. People are afraid of the passage of time, but time is frozen here. Every time I walk a section of the road, I always miss it reluctantly. Every time I finish writing a story, I always care about the fragments of spring and summer. Bangkok can always stir your heartstrings in the quietest time, making you have to love her. 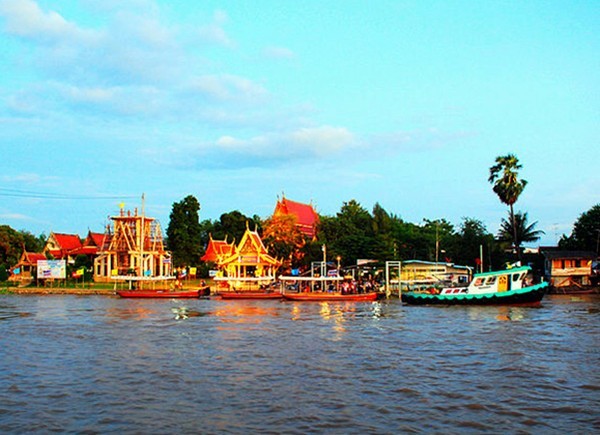 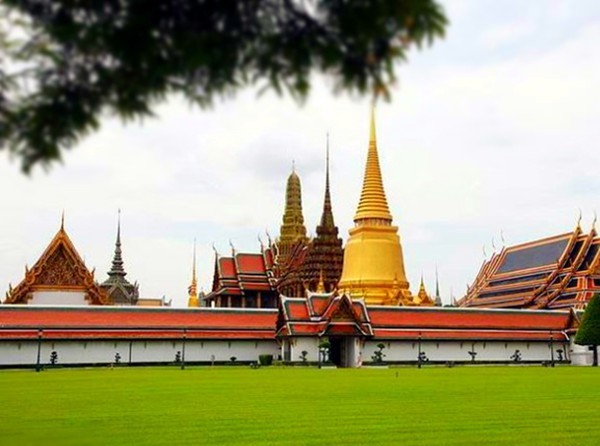 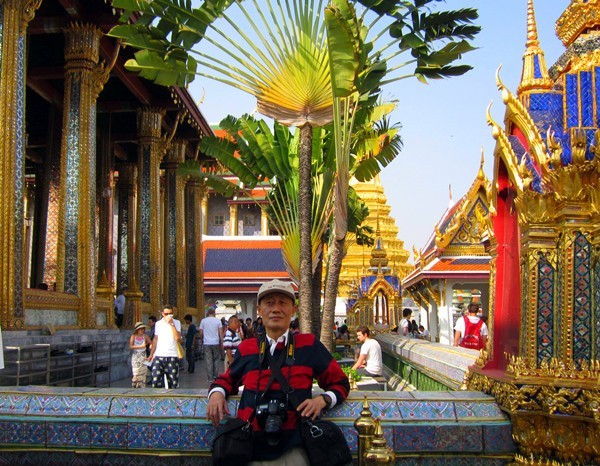 Bangkok is a city kissed by Buddha. Walking in the streets, there are resplendent temples and monks in robes everywhere. 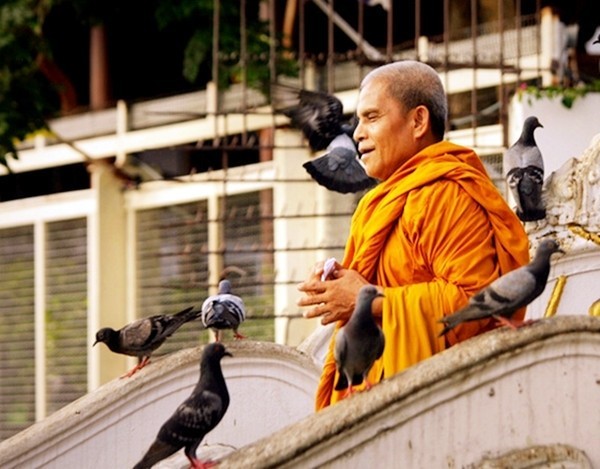 Zheng Wang Temple on the Chao Phraya River and Zheng Wang at the top of the pagoda are brilliant stars in Thailand’s historical sky. Zheng Wang, a hero with the blood of the descendants of the dragon flowing on his body, is a hero who spilled blood on Thai soil.

The streets of Bangkok are full of exquisite pagodas, which may be convenient for people to pray and worship. The most popular incense is the four-sided Buddha in the commercial center. Every day, from morning till night, people come here in an endless stream. The worshippers jostled one after another, the sacred stage was brightly lit, and smoke curled up from the incense table. 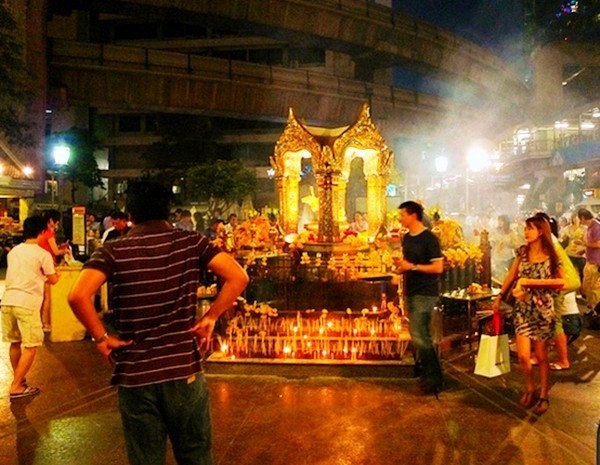 The traffic in Bangkok is a bit bad, not only during the day but also at night. 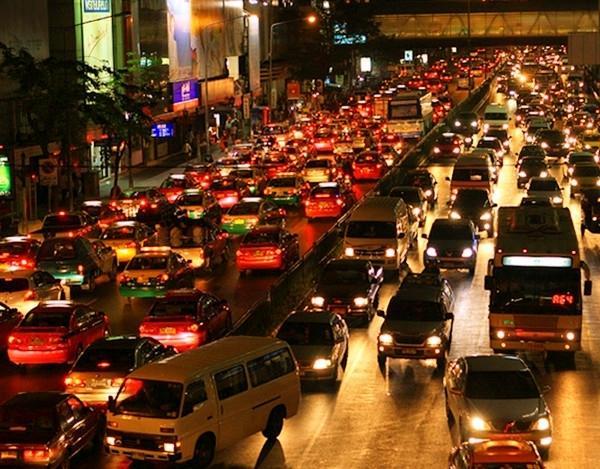 Bangkok seems to be a dream city in the dim light of night. If temples give the city a solemn atmosphere during the day, then under the shade of night, it is full of lights, songs and dances. 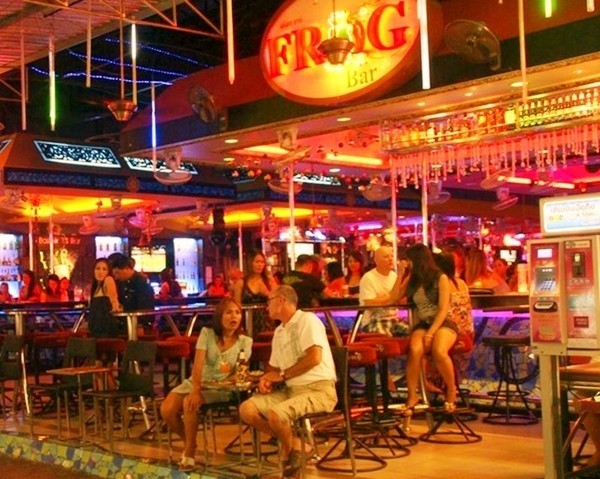 Cruising in the dream-like Bangkok, there are magnificent scenery, great beliefs, prosperity where beauty and ugliness coexist, as well as life-and-death relationships and countless fantasy lingering. It’s like shuttling back and forth in the deep just visiting, modern and ancient collide and merge. 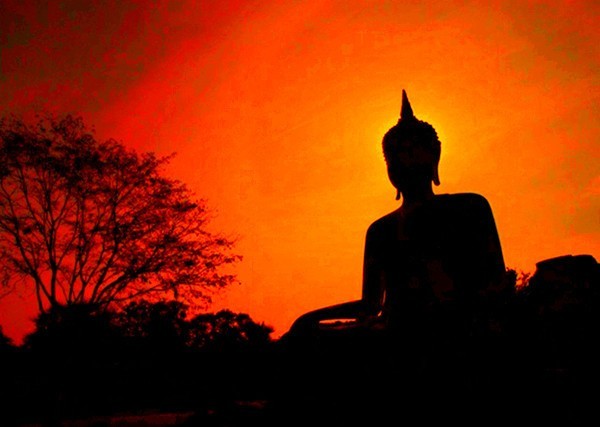