The charter plane belonged to Qin. The two men disguised as men on the brochure on the plane later learned from the tour guide that they were heroes who fought against foreign invaders and saved Phuket Island in history. We have seen these two sculptures located in the middle of the street on Phuket Island. 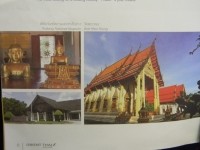 We have also visited the temples on the right. 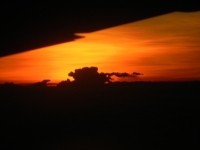 Because the plane took off late from Xi’an, it was already dark when we arrived on Phuket Island, which was one hour later than Beijing time. 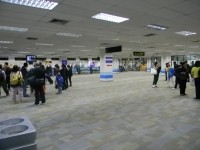 This is Phuket International Airport. 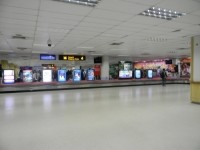 It may be a delay. There are not many people at the airport. 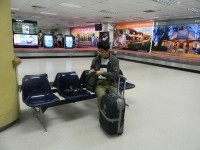 However, when crossing the border, the domestic tour guide confessed that everyone should have a tip of 10 yuan in his passport. It seems that the police in Qin are black enough.

Elephant sculpture with Qin characteristics was seen outside the exit of the airport.

800000, which is the number of visitors to Phuket every year. 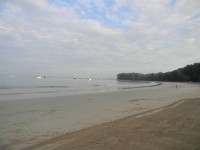 We stayed at a seaside hotel that night. 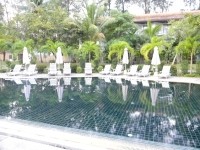 When I got up in the morning, I found that the swimming pool in the hotel was very good, and the same was true in later hotels. Unfortunately, those who left early and returned late did not have much time to use it. 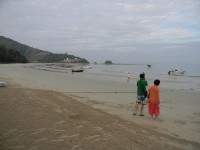 In the morning, some people who watch the sea by the sea walk in 3322. 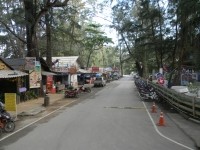 Small shops by the sea do not open until after 10 o’clock. People on Phuket Island live a leisurely life.