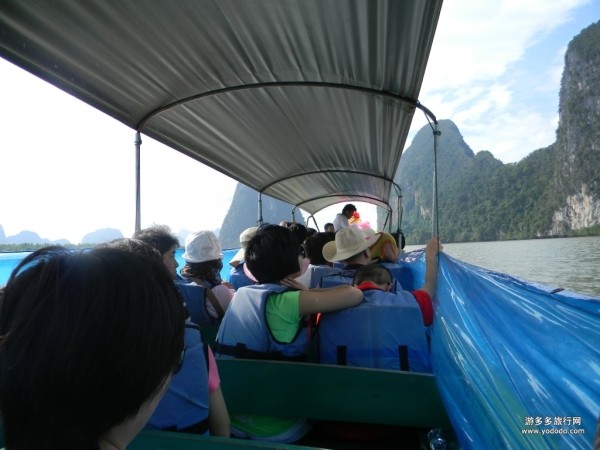 After breakfast, The first thing we want to go to is Panya Bay, which is comparable to Guilin’s landscape. First, I took a bus from the hotel to leave Panya Prefecture, which is north of Phuket Island, and changed to a large mixed-loading boat at the dock. Then I took this long-tailed boat to watch the mountains, large and small, on the sea. It is really similar to Guilin. It is said that it is also very similar to Xialong Bay in Vietnam. Therefore, the tour guide said: “Guilin has the best landscape in the world, and Panya Bay has the best (fake) landscape in Guilin. “There is also a name called” Guilin at Sea “. 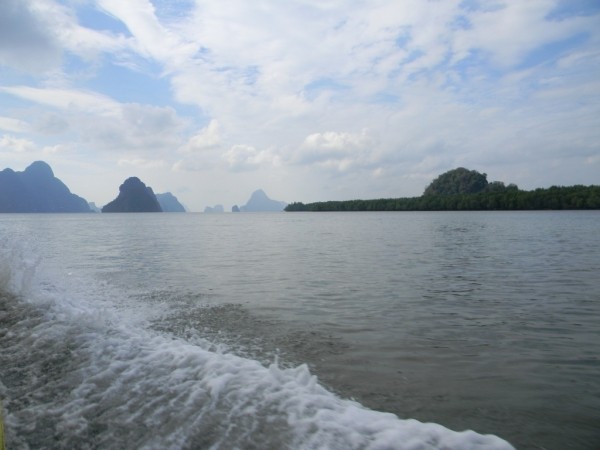 After swimming through Panya Bay, the next scenic spot is a boating trip to Cutting Throat Island. The tour guide said 007 had taken exterior scenes here. Therefore, there is an island over there called 007 Island, which has become a popular tourist attraction. 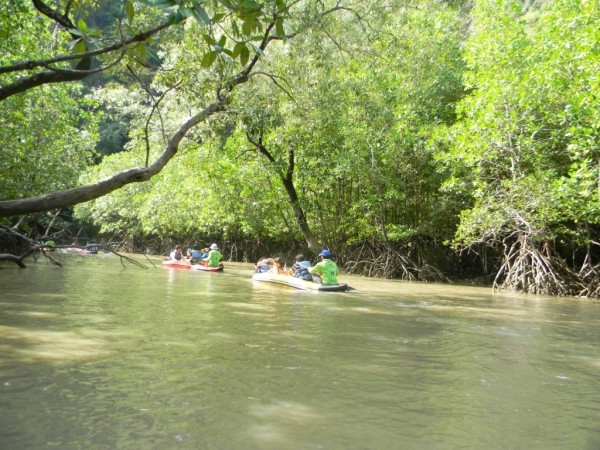 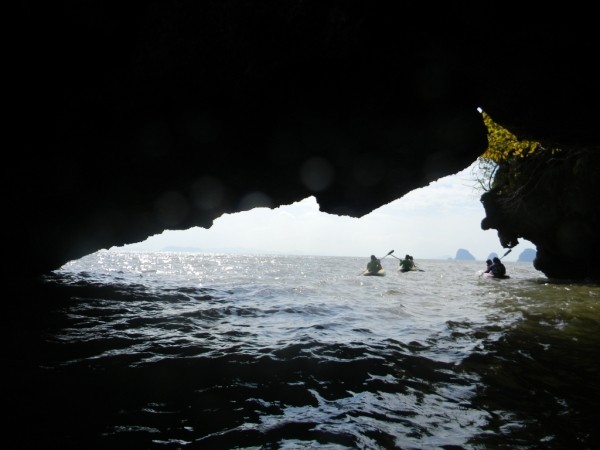 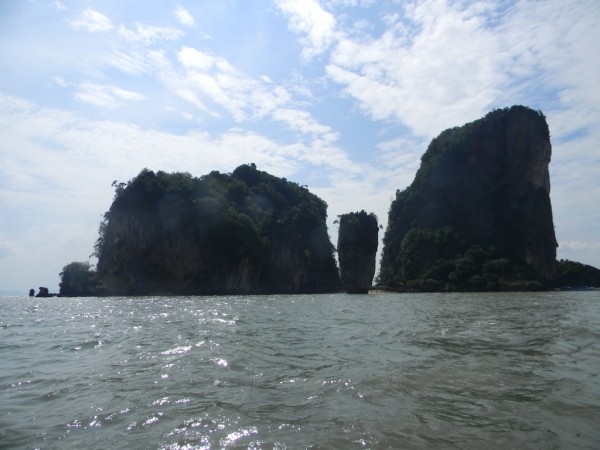 This place is a landmark landscape here. The island in the middle is a bit like a jade cabbage, which is the one existing in Taipei’s Palace Museum. Like it! 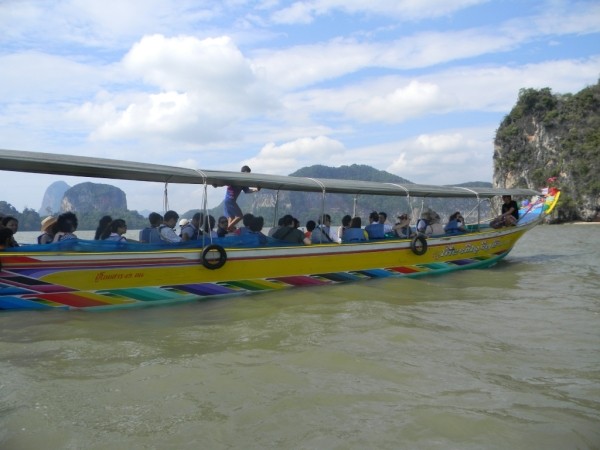 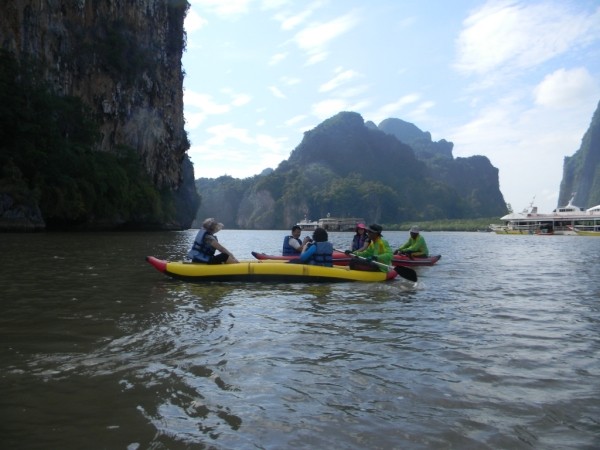 There are hundreds of exotic limestone islets here. The names of the islets are very consistent with their shapes. There are also wonderful stalactite caves and countless strange stones and sea caves. Later, the two of us rented a canoe. Each boat had to pay a tip of 100 Thai baht and rowed for 45 minutes. We could shuttle between karst caves of various sizes. 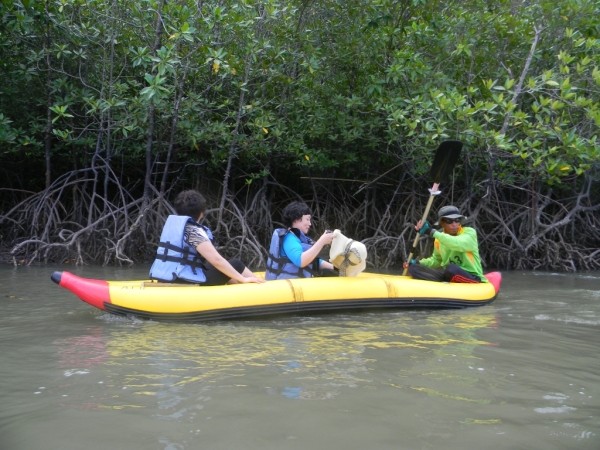 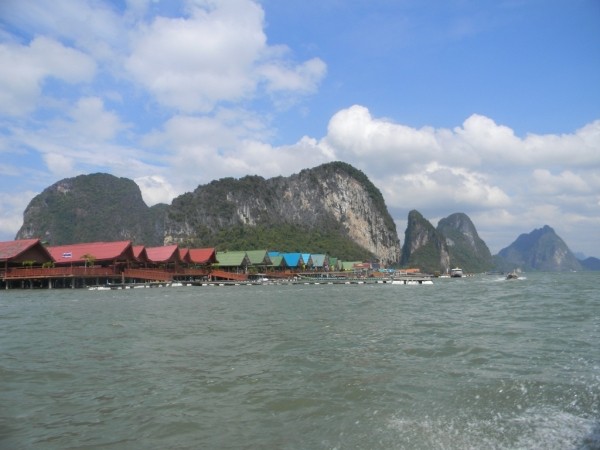 At noon, we went to the island where Hui people gathered for dinner. 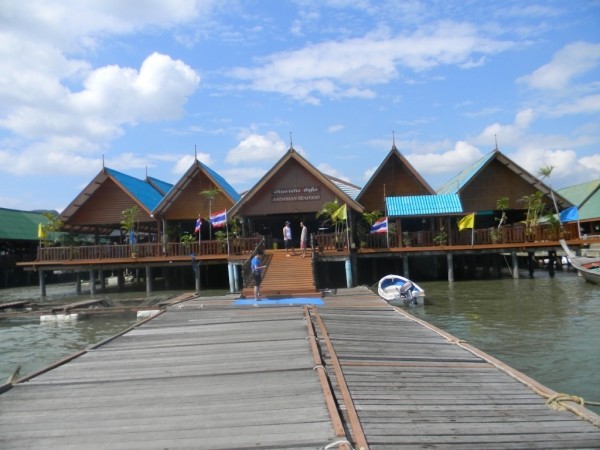 The houses here are all at sea. It is said that these Muslims have all immigrated from Malaysia. Now they have to make a living from tourism. 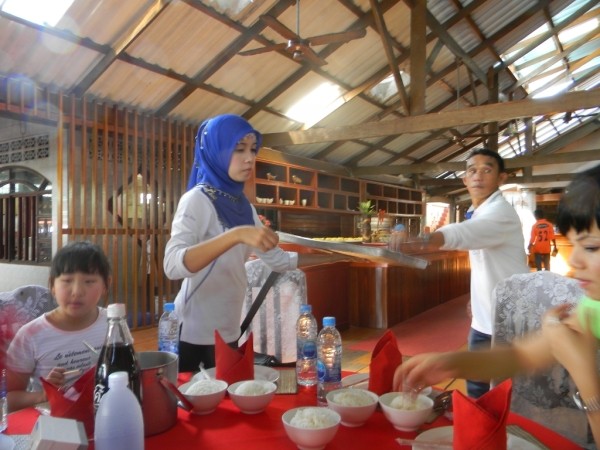 Every day, tourists from all over the world are received, and now most of them are from China. 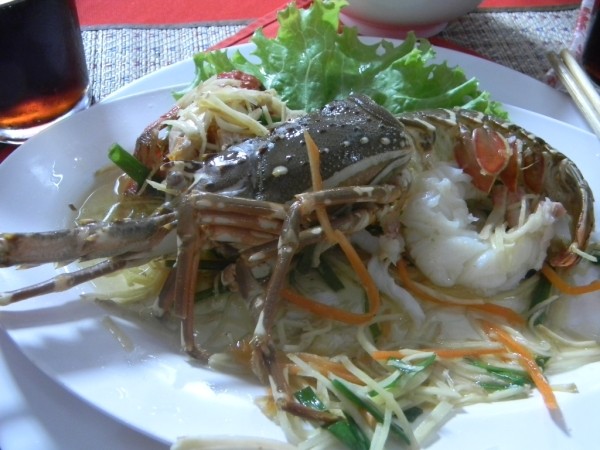 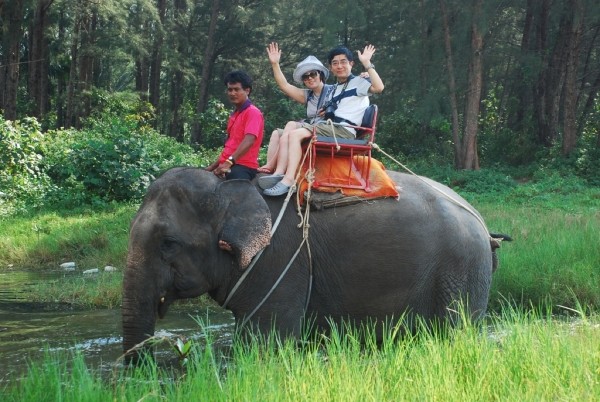 In the afternoon, I went to the beach to ride an elephant. Two people took a tip of 20 Thai plants. This is our first time to ride an elephant. It is also very interesting to sit on it wobbly. There are special photographers on the beach and in the jungle to take photos. If you feel good about paying 100 Thai plants to take away the installed photos, you can also take the negatives. 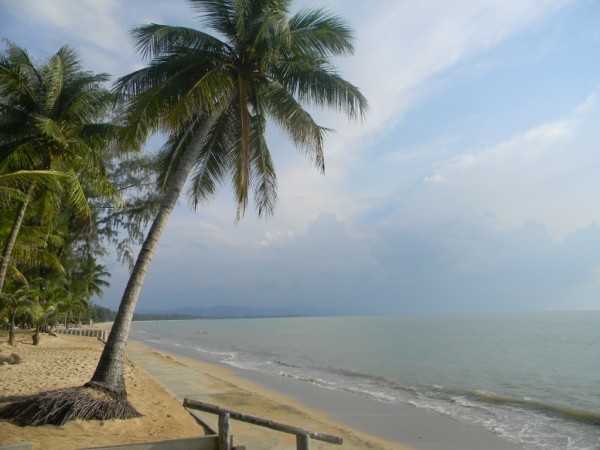 In the afternoon, I came to Gakao Island Beach Swimming Pool Resort Hotel at 4: 00 local time. It is very beautiful here. 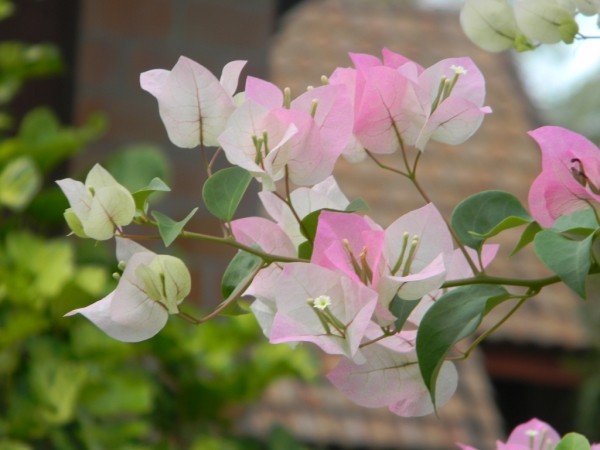 The triangle plum on the island has many colors, 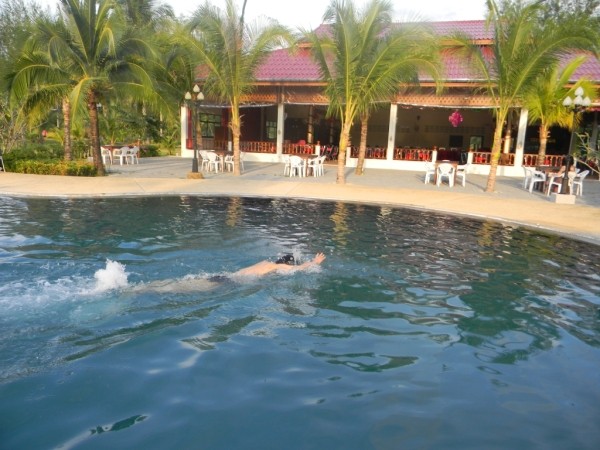 Our room is by the swimming pool opposite the restaurant. After playing all day, it is hot and tiring. It is very good to go down and swim for a while to get rid of the heat and dryness. 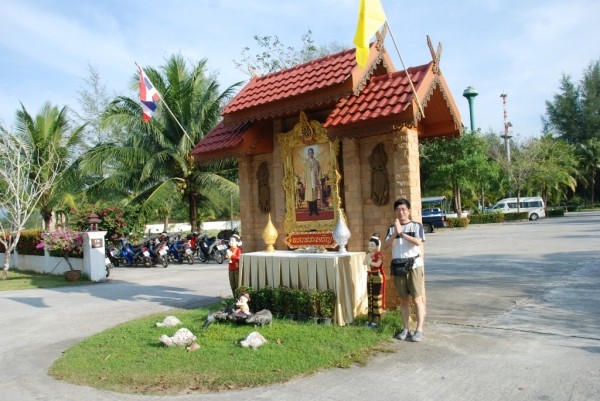 In Thailand, images of King IX can be seen everywhere. It is said that this elderly king is very popular with the people. 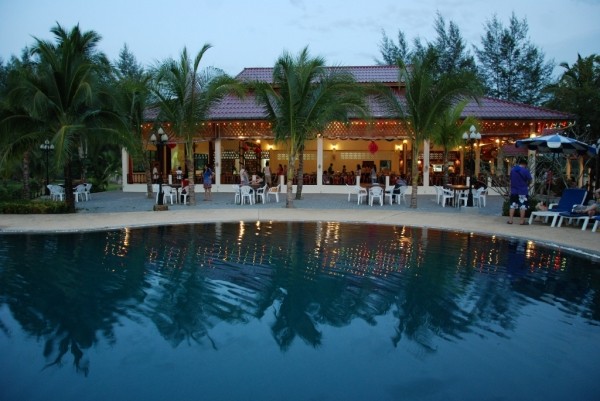 The lights in the restaurant came on, and it was time to have dinner. After dinner, the restaurant became a recreation hall. It could sing KO, of course, all Chinese songs, and also play table tennis and billiards. The Yulin group members in the same group were always in a state of excitement. They sang one song after another and couldn’t stand the noise. We went for a walk at the seaside. 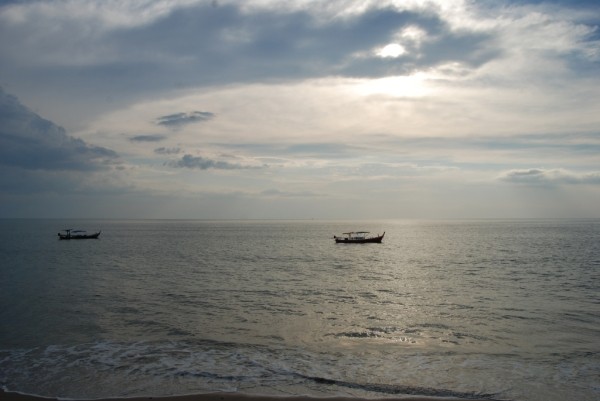 This hotel is actually made up of villas. Most of the houses by the sea are occupied by foreigners. They usually stay for a period of time, at least a few weeks, many months, which is really a vacation. 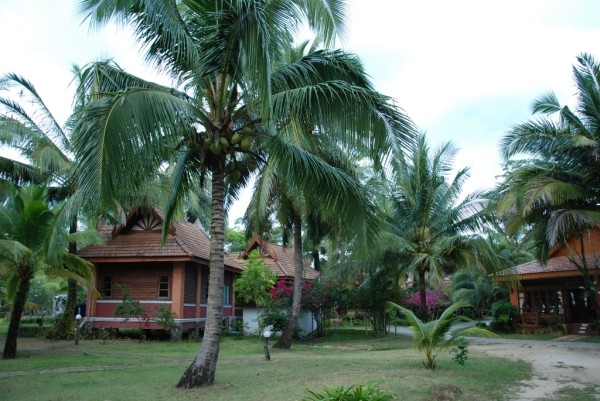 Coconut trees can be seen everywhere. 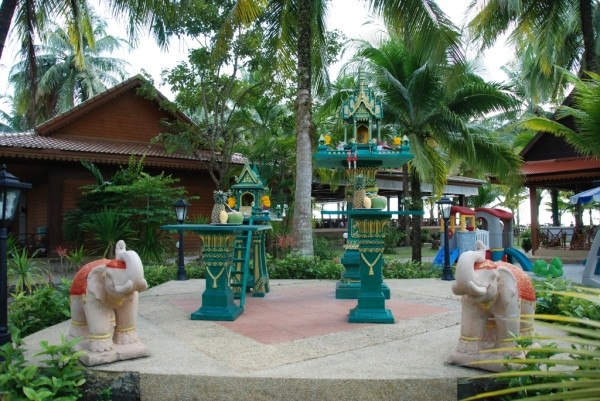 The image of the big image can also be seen everywhere. 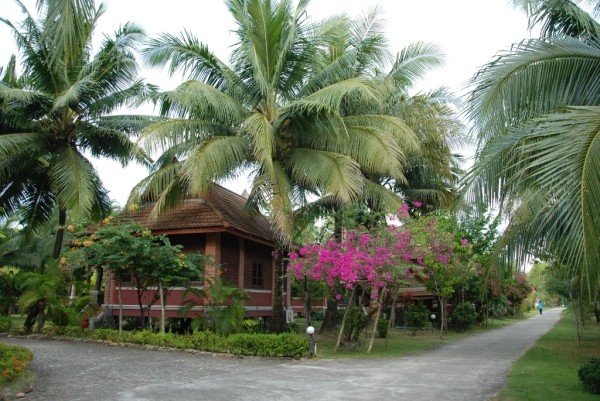 Every house is surrounded by coconut trees and flowers. 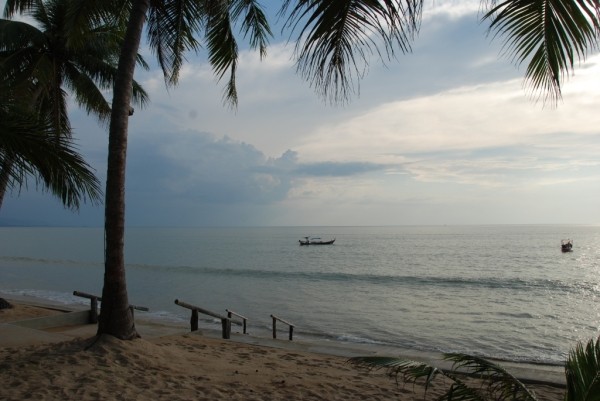 In the evening, the heat and hustle and bustle of the sea receded, and only the sound of the sea beating the shore was heard. 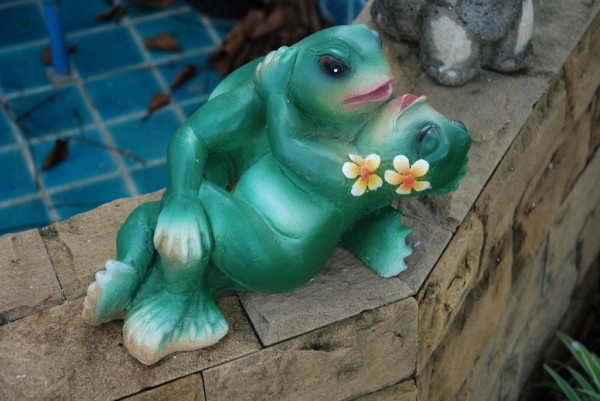 Sketches full of love like this are placed at will to make you smile.