The Sleeping Buddha Temple, the Temple of Thousand Pagodas in Thailand 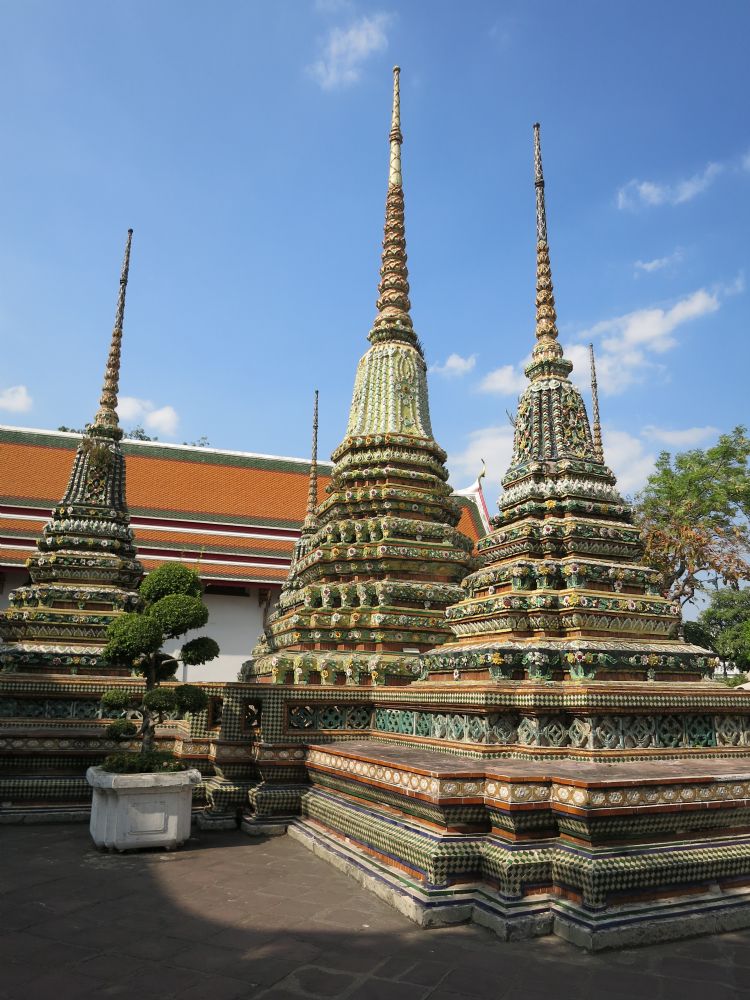 Coming out of the Grand Palace, we immediately ran to the Sleeping Buddha Temple.

Walking along the high wall of the Grand Palace, completely exposed in the strong sunshine, the heat is very test of will.

The street separated from the high wall street is full of stalls along the border. In order to hide from the sun, it took a lot of effort to cross the traffic to the opposite side. Look at the stalls, which are multifarious and sell what. What seduces me most is Thai snacks. To be honest, what has not eaten anything except drinking water since I went out in the morning. Not to save money, mainly in the grand palace except for drinks, there is no food. Of course, our limited time is also a problem. After watching the Jade Buddha Temple and the Grand Palace, it is almost 4 pm. If we eat something, we may not have time to have a good look at the Sleeping Buddha Temple. I had to endure it. My husband made a wish to invite me to a Thai meal in Chinatown at night.

If it is not a matter of time, it is also fun to visit these stalls. 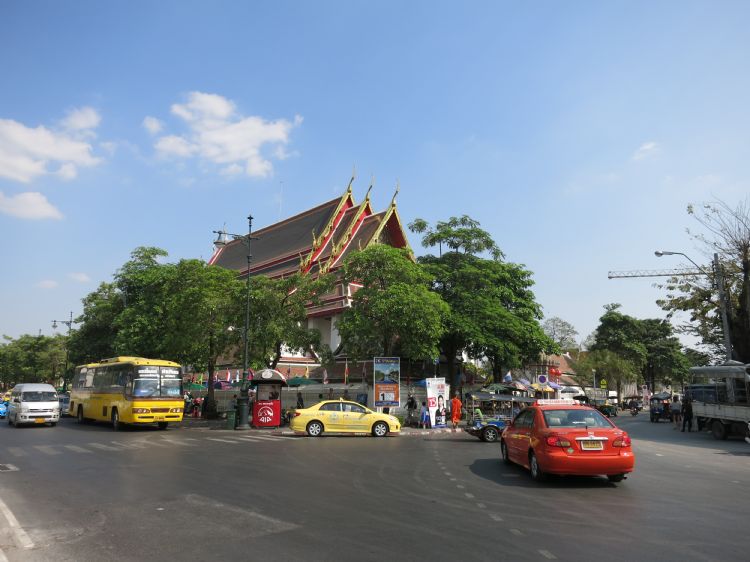 Finally came to the intersection of the Sleeping Buddha Temple.

Speaking of which, I can’t help praising the Thais again. It is completely free for every visitor to take a alms bowl, and there is no so-called merit box in what. Such religion has an invisible appeal and makes people instinctively feel awe, much like temples in Tibet.

Coming out of the main hall of the Sleeping Buddha Temple, I began to visit the more than 1,000 towers. As soon as I saw the tower, I knew that the tower here was completely different from the tower in the Tallinn of Shaolin Temple. The surfaces of these towers are pasted with porcelain tiles in different shapes. Two words: beautiful! 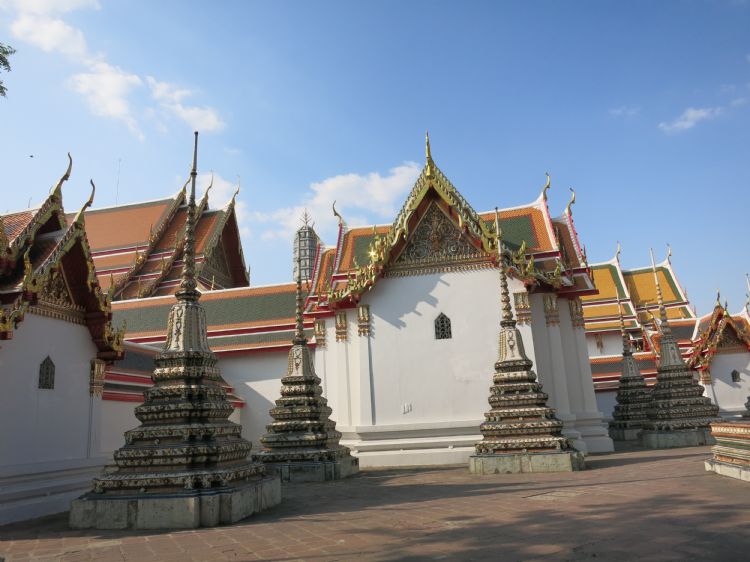 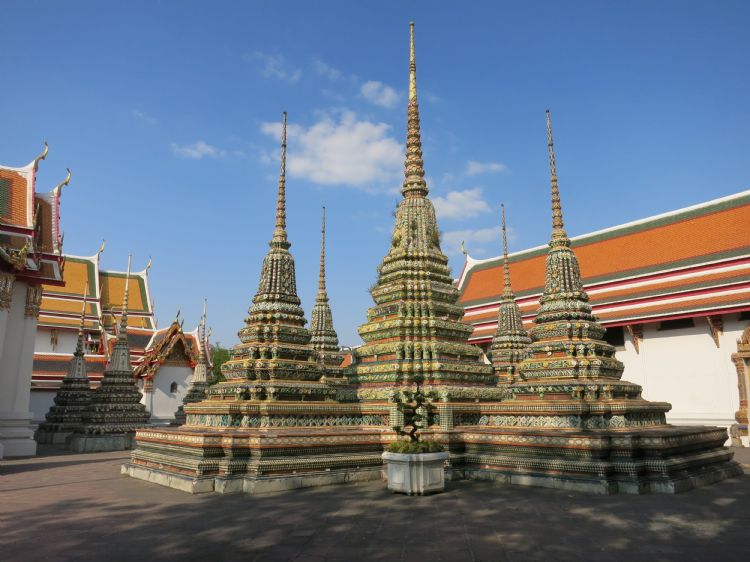 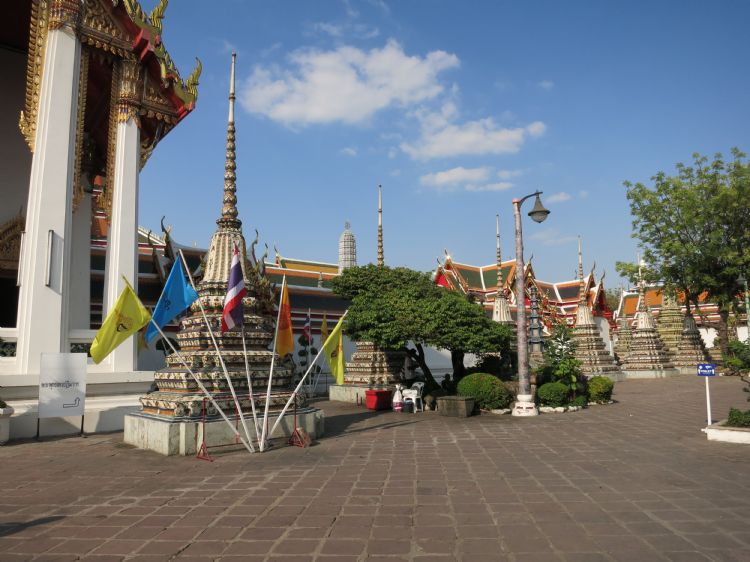 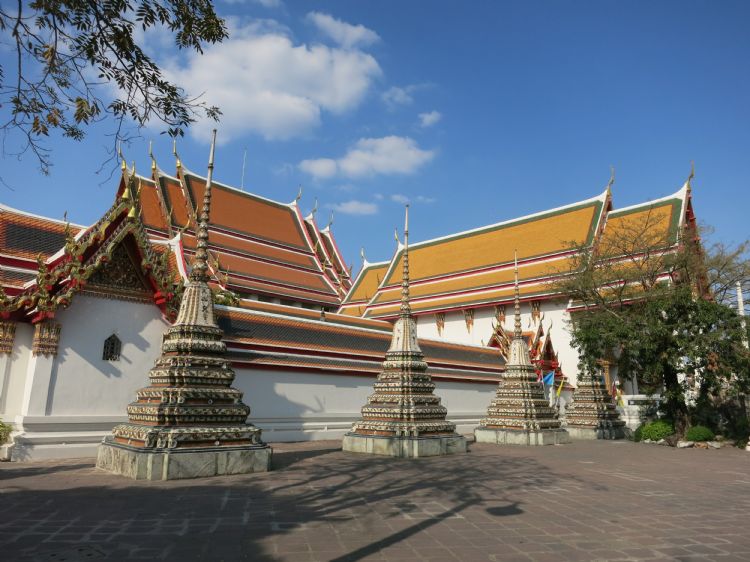 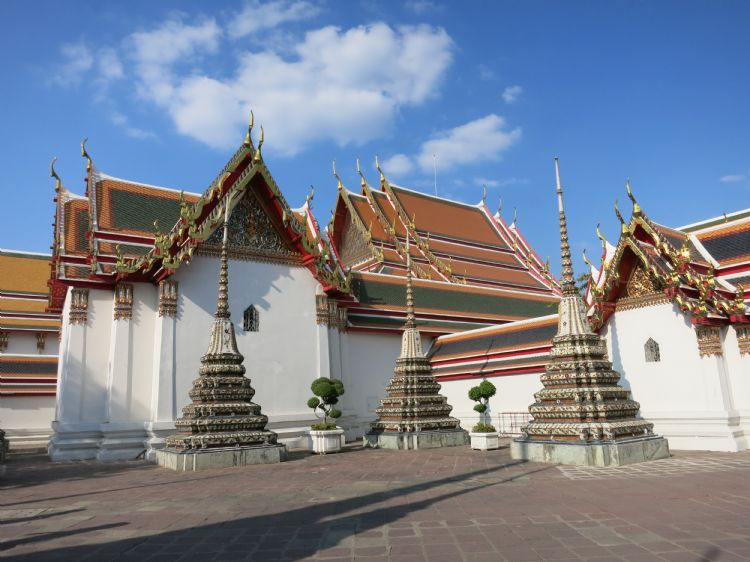 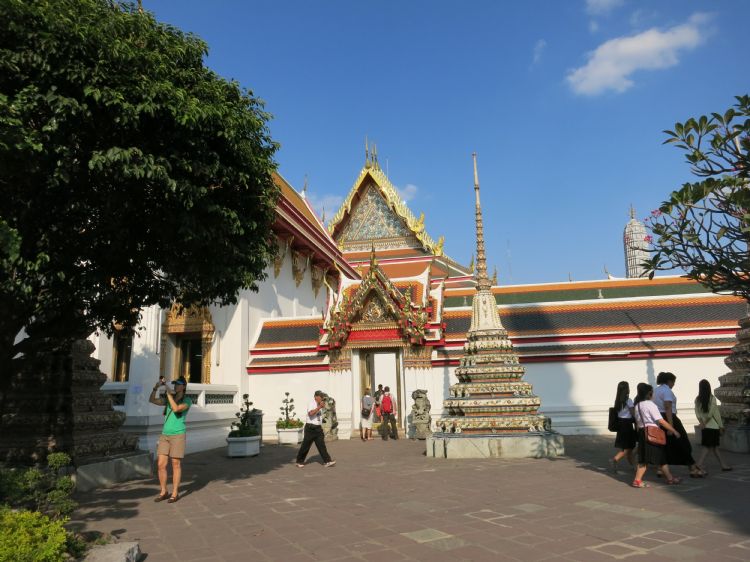 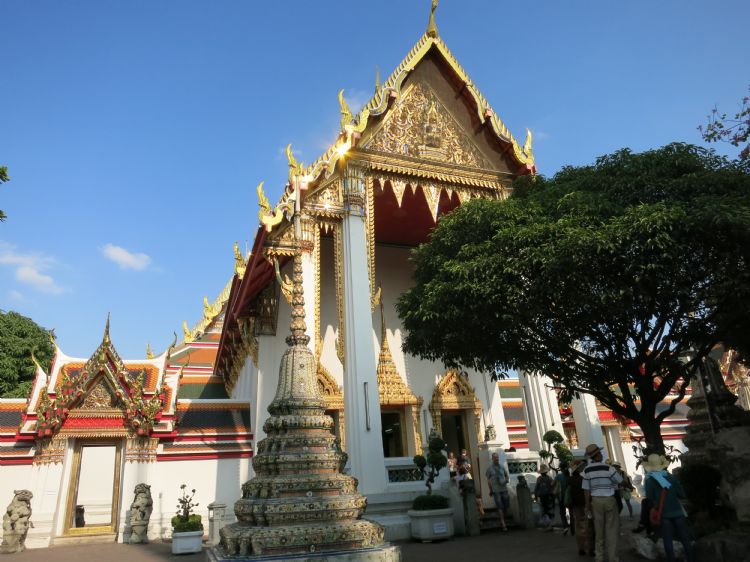 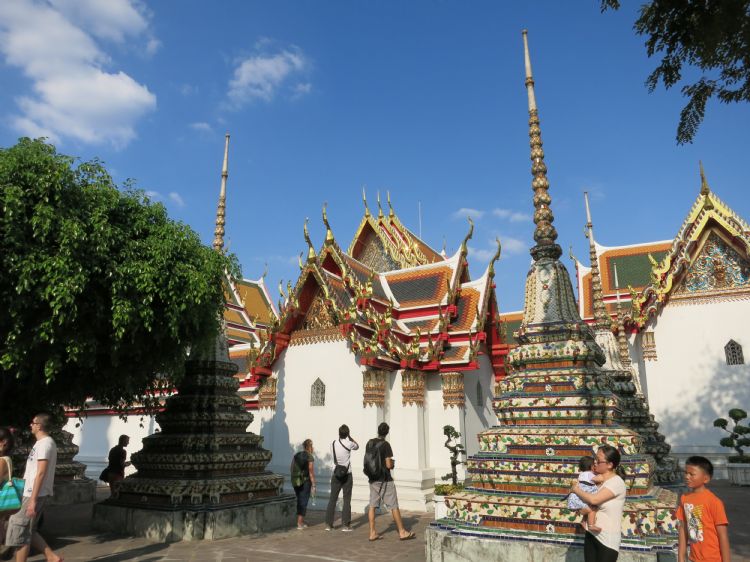 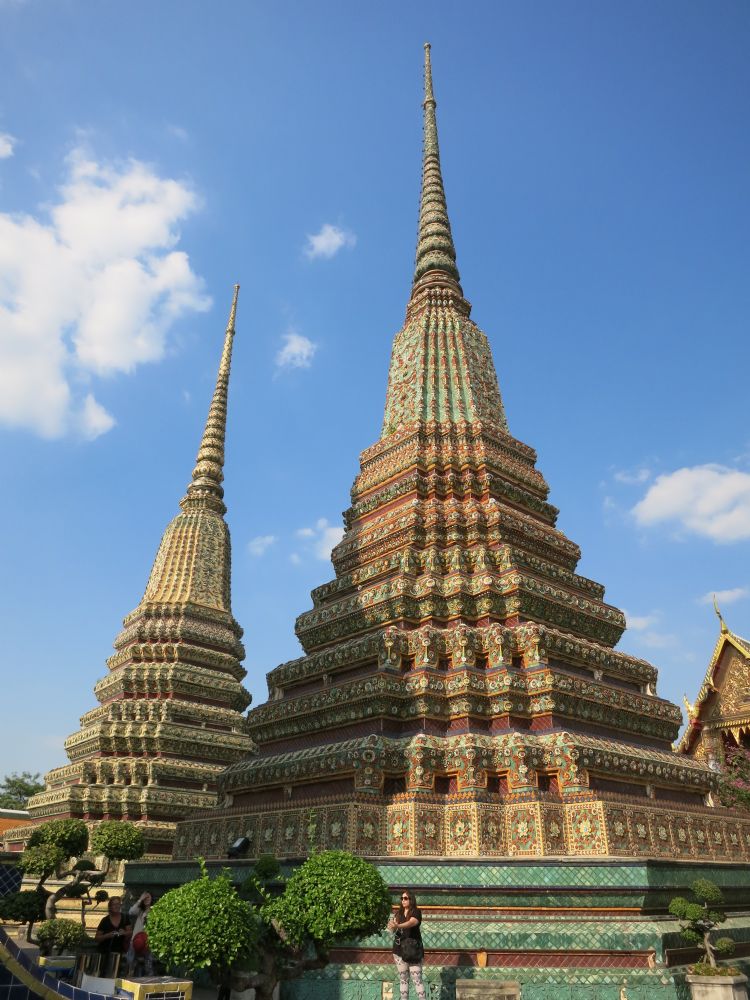 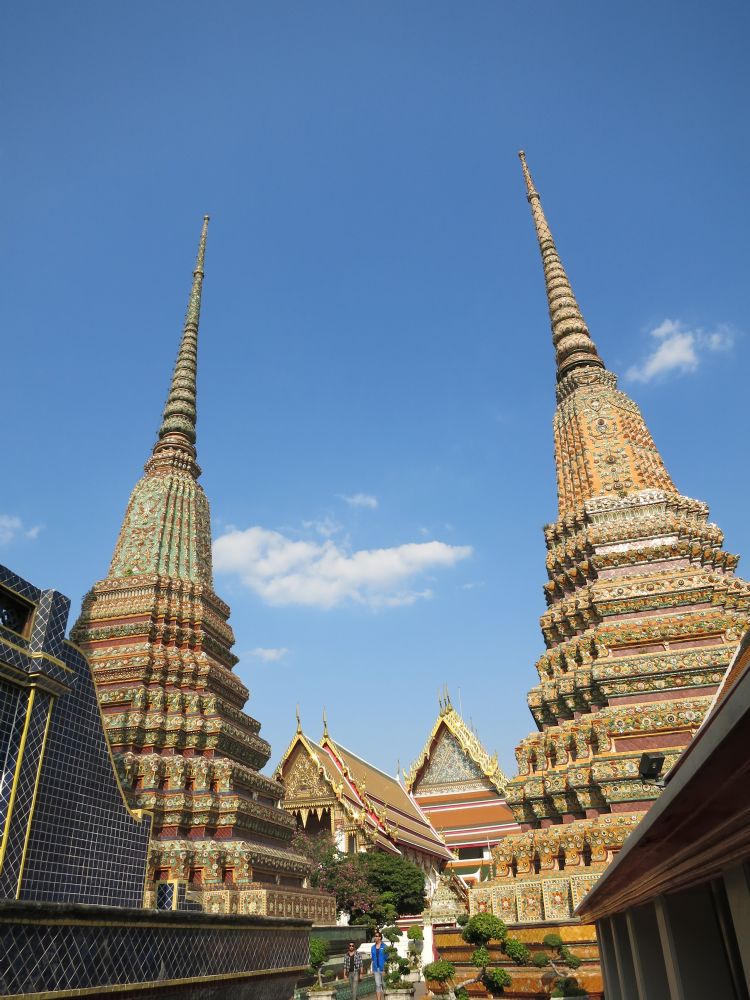 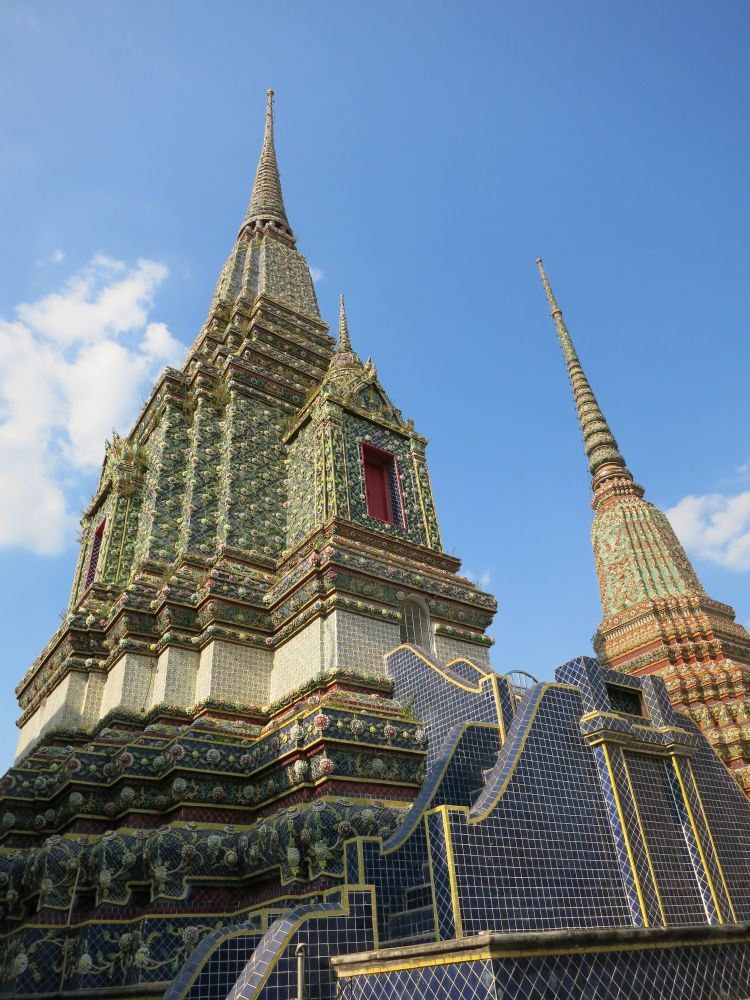 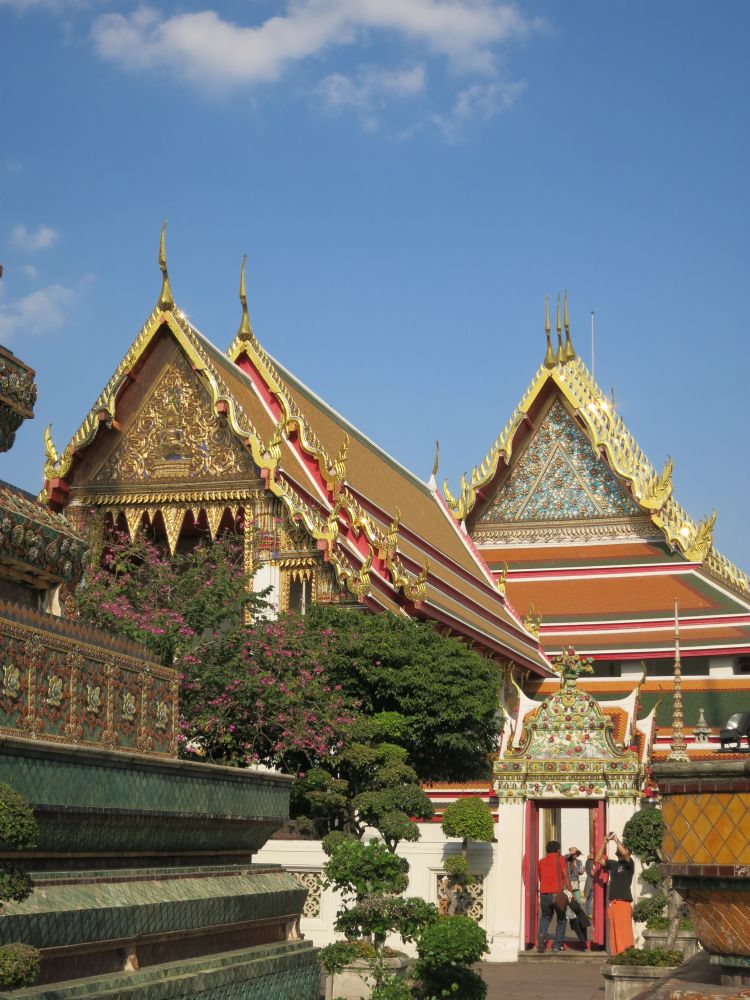 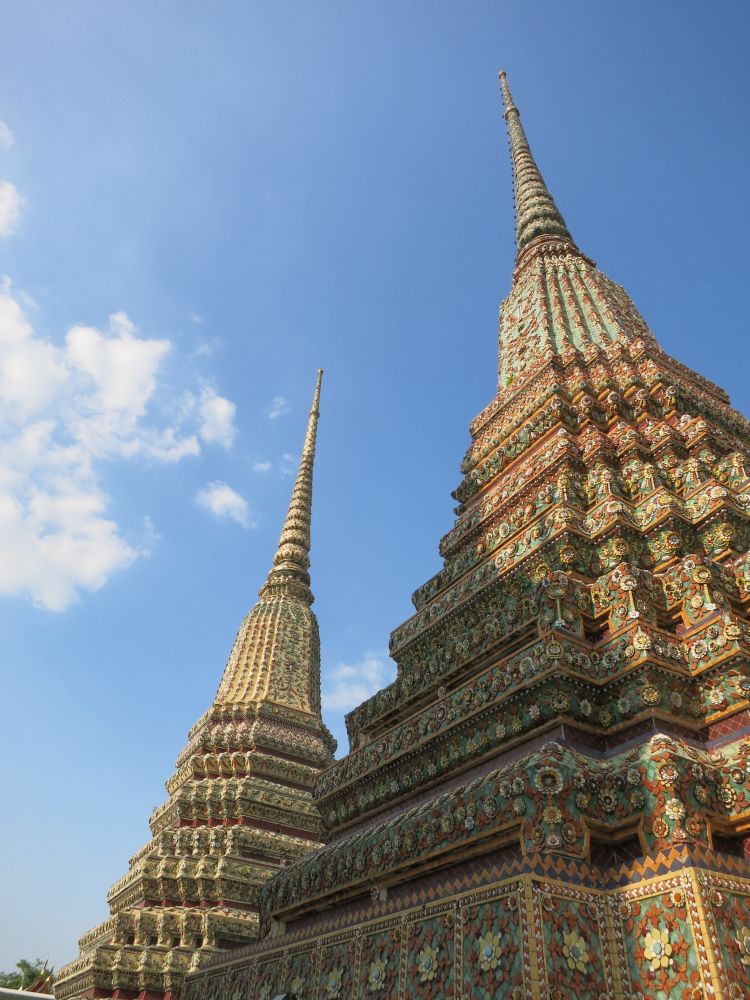 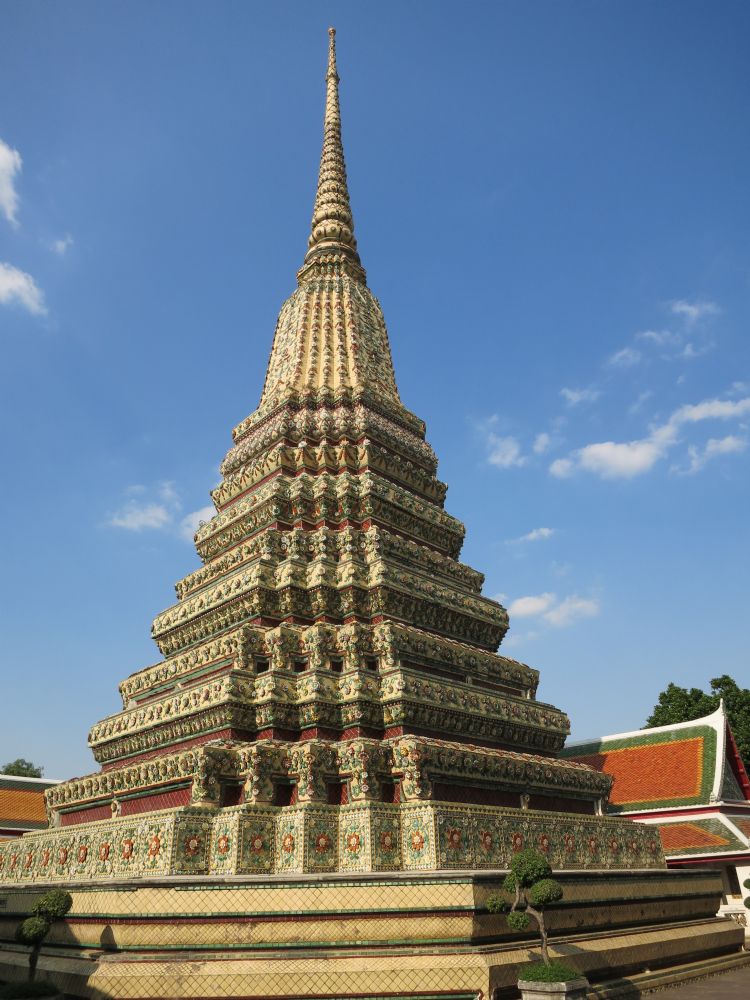 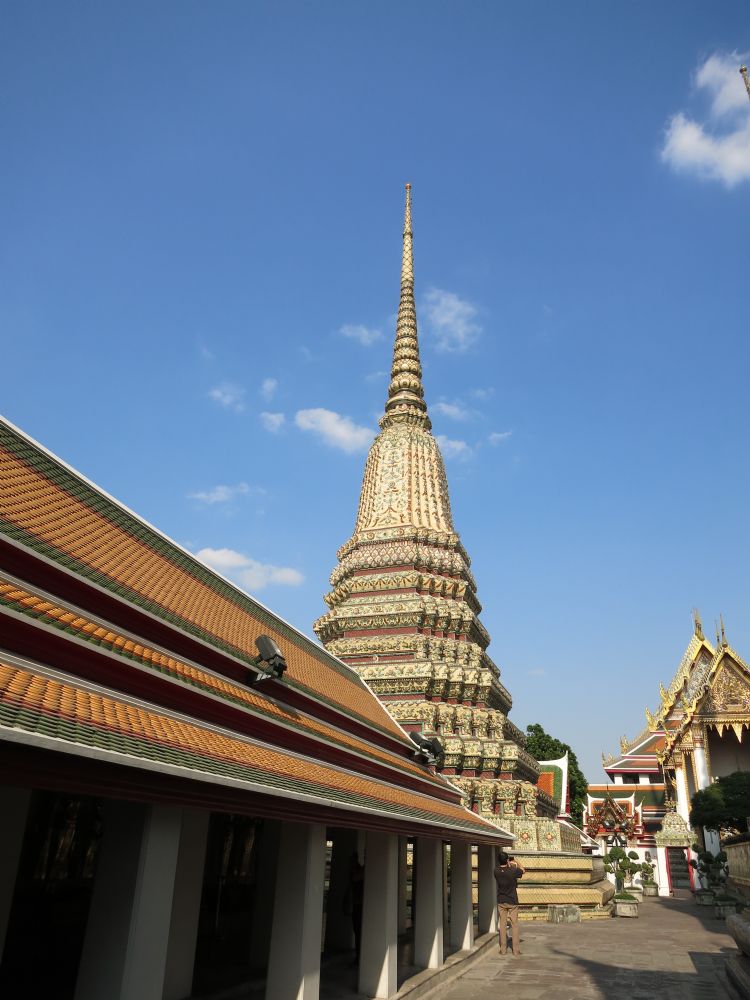 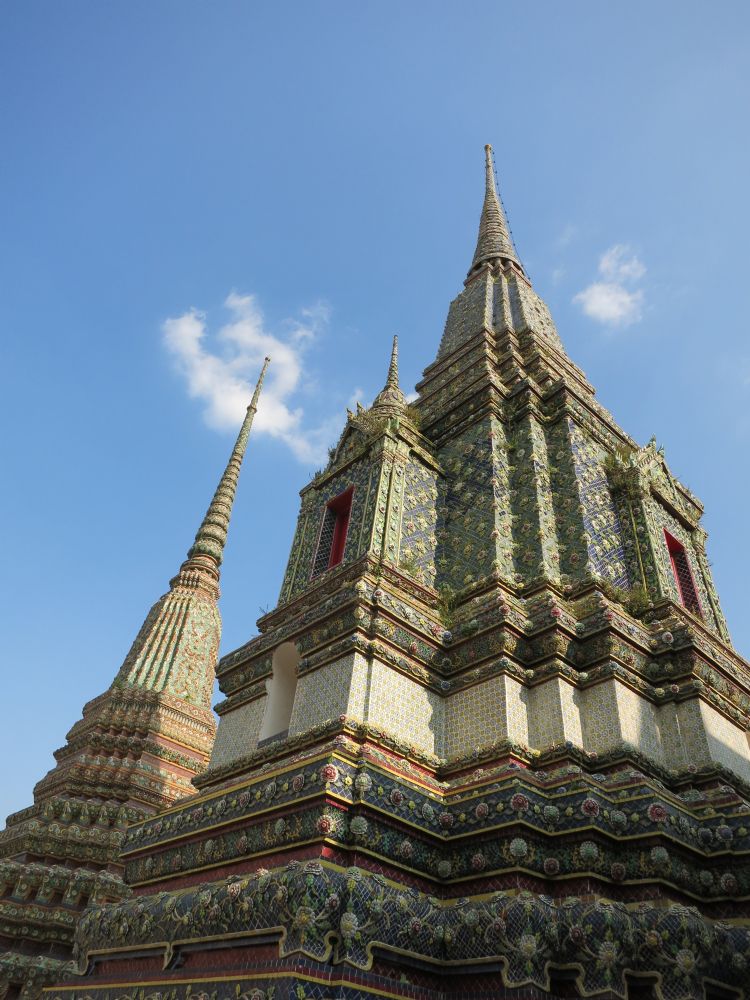 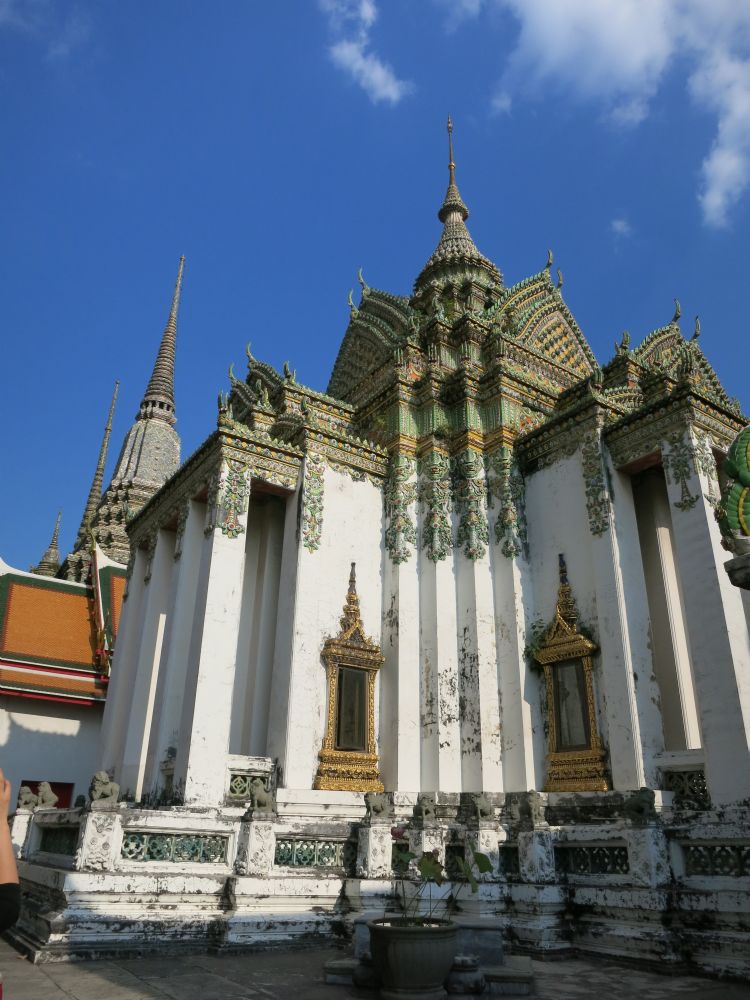 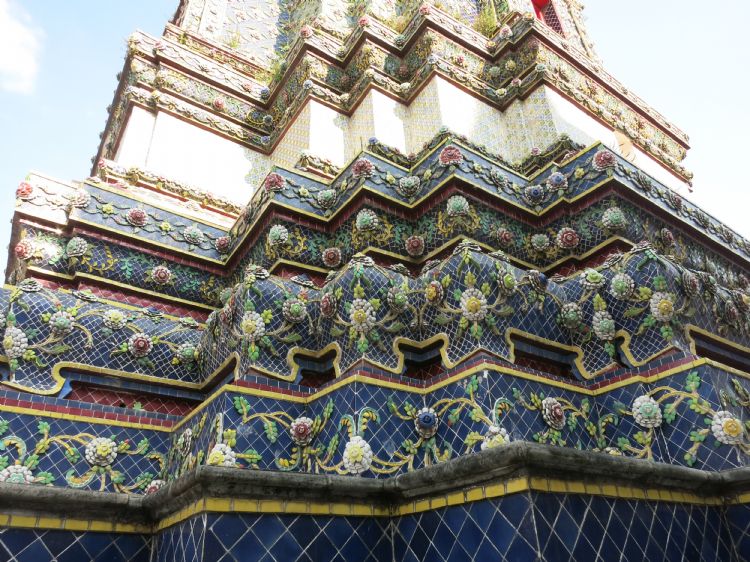 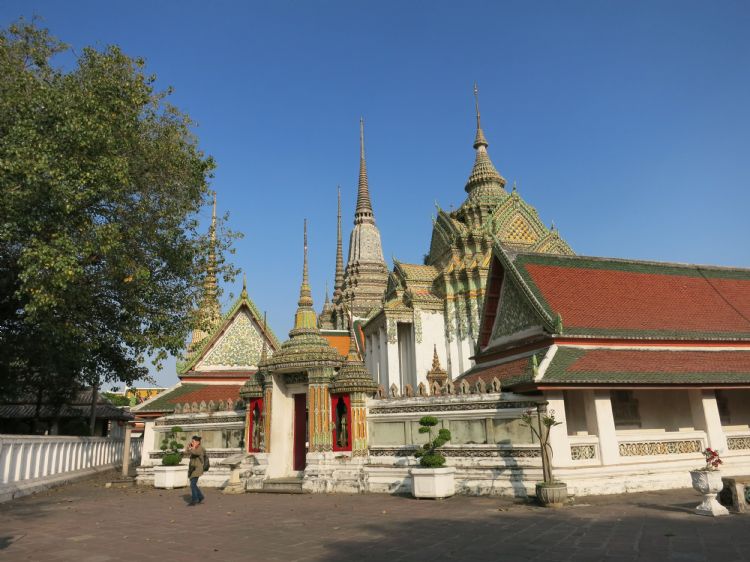 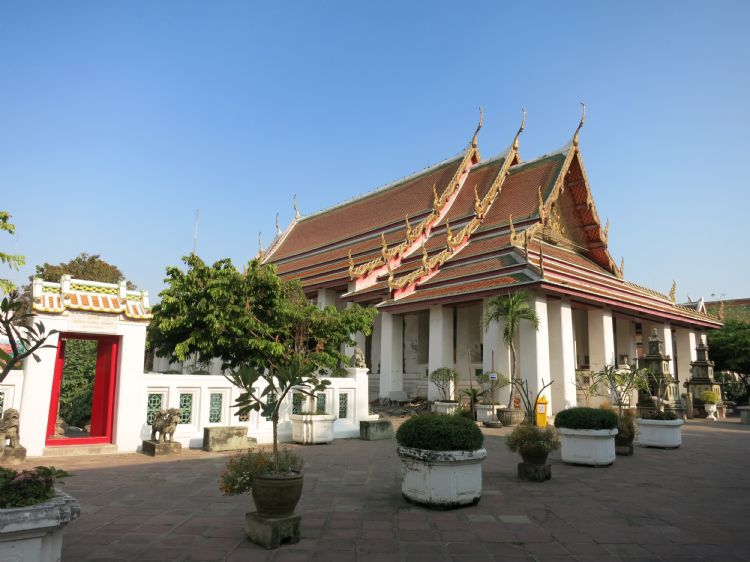 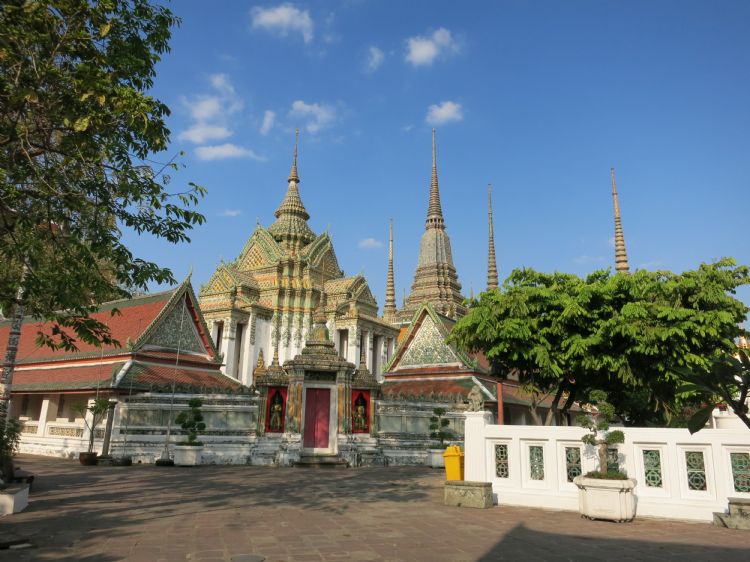 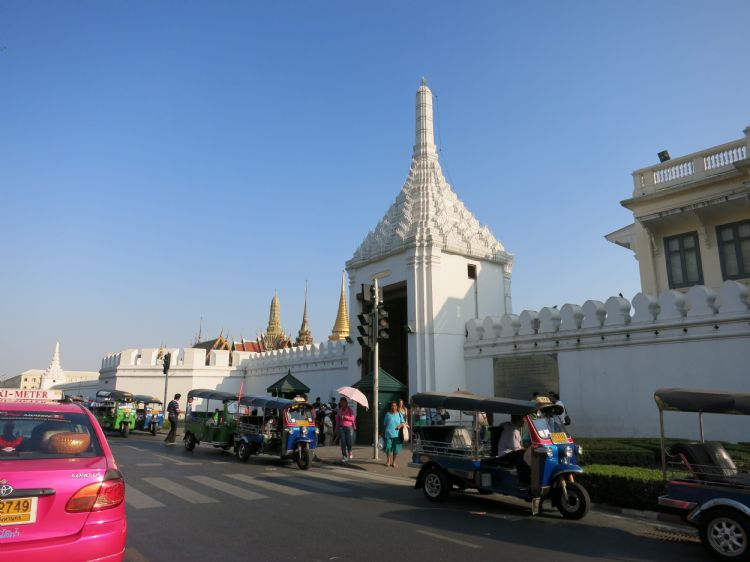 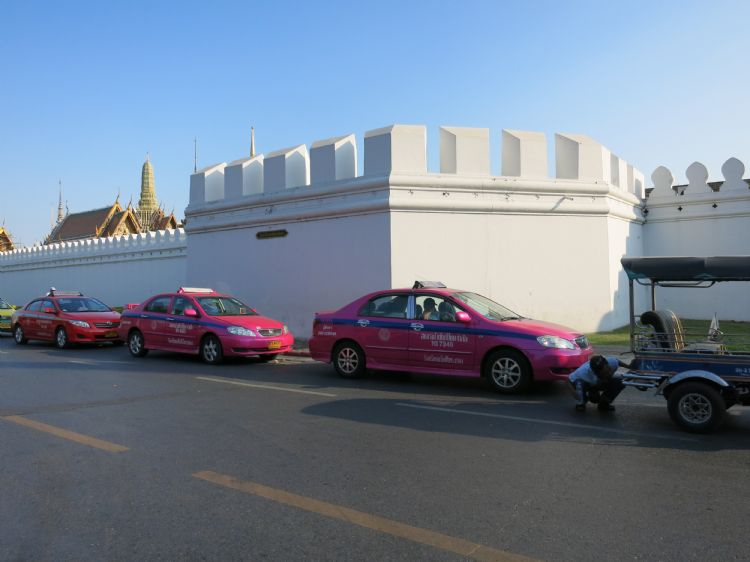 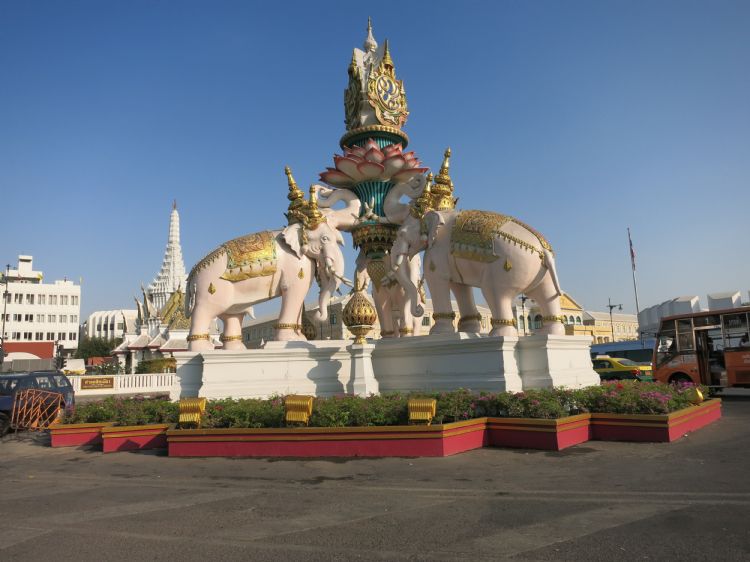