We stayed in Tachin for two days. On July 25, I continued my journey: Taqin-Ghost Lake-Shenghu-Mentu Township-Unknown Mountain Pass-Bar-Zada Tulin Viewing Platform-Zada County, and lived in Zada County. The whole journey is nearly 500 kilometers. Main scenic spots: Zada Tulin, Xiangquan River sunset, and infinite scenery along the way. Starting from Taqin in the morning, I went to Ghost Lake first and then to Holy Lake. The weather was gloomy and the lake did not have any luster. What I saw before was entirely a matter of the NPC and CPPCC. I have no urge to get off the bus. Five teammates came for the first time and looked disappointed. They only stopped at the lake for a few minutes and left in a hurry. Walk back on National Highway 219, all the way west. The newly built Xinzang Line has excellent road conditions. The straight Youbai Road extends to the sky. On the left is the majestic Himalayas, on the right is the snowy Gangdise Mountains, and between the two mountains is a vast grassland. Because of the high altitude, the grass on the plateau is not luxuriant, and sparse cattle and sheep can be seen occasionally. People are relaxed and happy in the car. 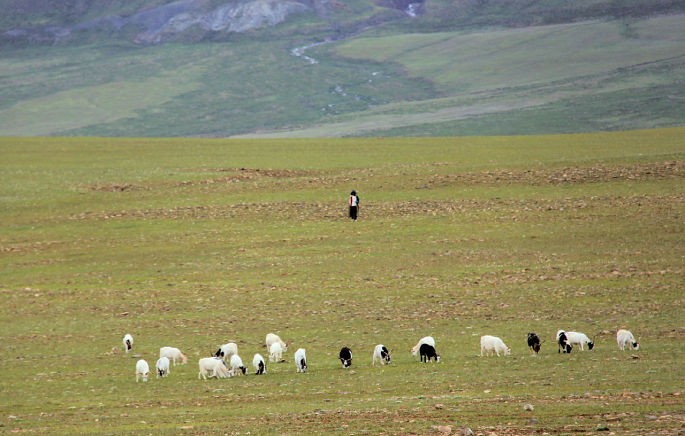 A mountain pass with no name 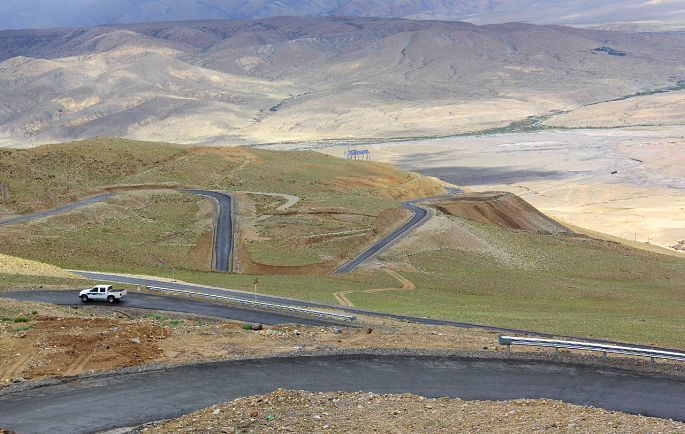 After lunch in Mentu Township, I climbed several unknown mountain passes in the afternoon. The scenery I saw was completely different from that in the morning. The mountains on both sides of the road became colorful. It was estimated that they contained minerals. Red, brown and purple were very dazzling. However, the vegetation is also becoming less and less. The bare rocks and soil all indicate the desolation of this land. 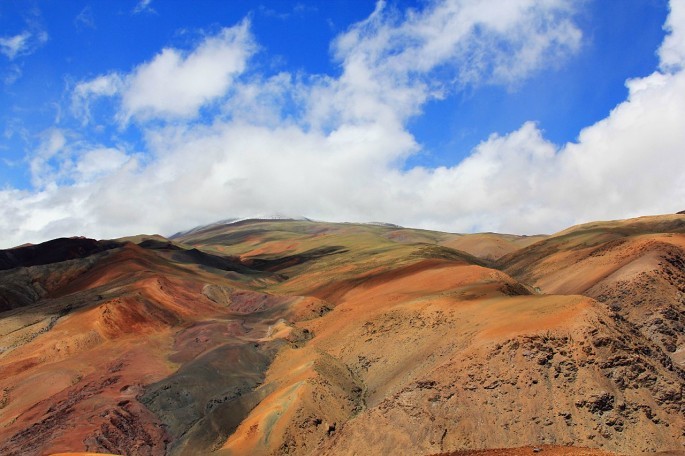 After walking for tens of kilometers, it was full of colorful mountains. In the distance are continuous snowy peaks, blue sky, white clouds, Mani stones and snowy mountains walking on the boundless new Tibet line, and green is becoming less and less. Pure sky! It was spotless and finally arrived at Zada Tulin. The viewing platform was on National Highway 219 and there were no tickets. This is amazing! The beauty of Zada Tulin is far beyond my imagination. Hong Kong teammate Ling said, “This is the most exciting place for me since my departure. The landform here is like the Grand Canyon in the United States.” It is amazing to face the masterpiece of nature. The earth forest is strewn at random for tens of meters in height, steep and straight, majestic and colorful, like castles, groups of watchtowers, tents and layers of palaces, jagged and craggy, with myriad manners. Against the backdrop of psychedelic light and shadow on the plateau, it adds a bit of vicissitudes. Legend has it that a long time ago, there was a vast ocean around Zanda Tulin, with only water and wind under the blue sky. Later, the earth forest gradually emerged from the sea. Although this is a beautiful legend, it contains certain scientific truth. According to the research of scientists, this used to be a large lake with a radius of 500 kilometers. It was the Himalayan orogeny that raised the lake basin and lowered the water level. The rocks above the water surface were eroded by wind and rain for a long time before the present scene was carved out. Look! Is this cloud like what again? Some people say it looks like a marshmallow, don’t you think? The snow-capped peaks in the distance are the Himalayas

Look! Is this earth forest like what? Walking through the soil forest, I heard the driver say, “Because of the road repair, many soil forests have been artificially destroyed.” Sounds like a sigh. I have seen Zada County, a county built on the earth forest. People all say that Arizada’s glow is the most beautiful, and the earth forest in the glow is the most charming. The bright and beautiful sunset glow gives life to the Tulin. The winding Xiangquan River flows quietly in the canyon of the Tulin. The sunset of Xiangquan River adds luster to this magical land.

Xiangquan River’s favorite light and shadow sunset, Xiangquan River sunset, pagoda, earth forest and Xiangquan River are harmoniously combined here. After watching the charming sunset of Xiangquan River, return to the hotel to rest. Xiangquan River is on the edge of Zada County. It only takes 10 minutes to walk from the Guge Hotel where we live. The river is the famous Torin Temple in Ali area. Zada County is a remote small town with only one street. The whole county is surrounded by mountains and peculiar soil forest landform. Zada, as the birthplace of ancient elephant male culture, is not only rich in natural resources, but also has numerous cultural landscapes. One of the most famous is the mysterious Guge Kingdom.