Rayong, which is only a hundred companies away from Bangkok in southern Thailand, has a little-known island called SAMET, which belongs to Thailand’s third largest island. However, when I first came to Thailand, I didn’t know it. I just went to the famous Phuket Island, so I decided to go to this island this time. It is said that because the island is too small to receive team passengers, there are only self-help tourists on the island. Rayong is like a town in China. It is a bit shabby. It seems to be just a main road. You can’t see buses standing on the street. Can you only take taxis extravagantly? Later, I watched pickup trucks like those transporting pigs in rural China drive past. Some people get on the bus and others get off the bus. Later, I heard people say that this is a two-car bus, which is a Thai bus. So I also got on this kind of pig truck. The back of the truck is completely open and there is no door. I don’t know if a person who brakes sharply will turn out.

When I found the dock, the fishy smell of seafood and the bright sunshine made me have to put on sunglasses. I boarded the ship before I could put on sunscreen. Innocent blue, thin pieces of clouds are floating in the air, obviously the ability to block ultraviolet rays is not enough, even the mobile phone screen has to be covered. Although the sea breeze is blowing, there is still a salty and bitter smell of sweat on the corners of the mouth. 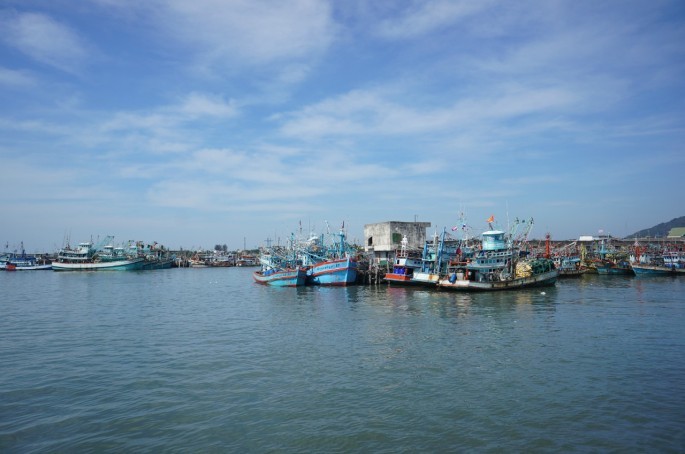 The island approached little by little, and the buildings on the island slowly became clear. The docks were full of yachts and fishing boats, as well as ships carrying goods. I jumped onto the ground from the still shaking board and went to the island. The unobstructed sunlight took a few seconds to make the back of the neck ache. I took a few steps forward and was somewhat at a loss. Everywhere, a passenger center station is being built at the entrance. Improving the hardware facilities is the absolute principle. The road surface is basically unpaved, but it is still sand, even if it is original ecology. After a short stop at saikaew beach, the island’s largest beach, nearest to the dock, most tourists just stay here. On the beach, foreign little girls are piling sand castles. The little boy’s father is not afraid that they will be flooded and throws them into the water. He is not at all like Chinese parents to protect their children. Walking along the beach, foreigners are lying on their backs, and some beautiful women are posing in bikinis. Won’t they shed their skin? I have faded two layers this year. I wanted to come back this winter. Now it is still summer here. If I fade another layer this time, it is estimated that my skin repair ability at this age will be difficult to return. 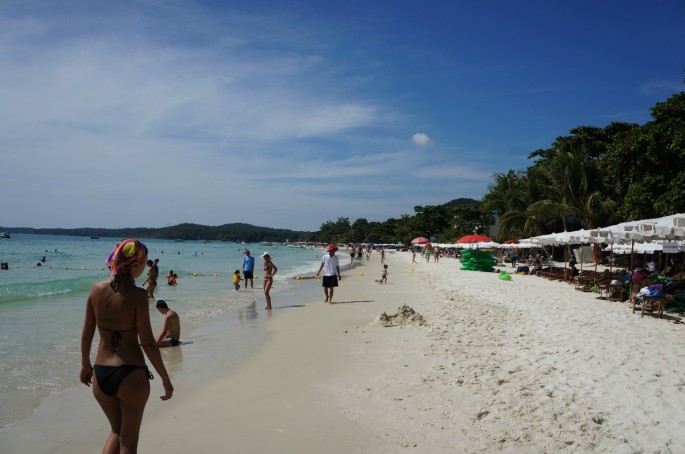 Still think this beach people gathered too many people, back to the entrance to rent a motobike, 300B a day, to live in Shenli. I have never ridden a motorcycle before, but I still ride it on it. People dare to rent it. Why don’t I dare to ride it? The road was really rotten, rugged and bumpy. The uphill was stuck by stones, the downhill slipped into the ditch, and the wheels were still buried by sand. The car went out after turning the accelerator. The people still did not follow it, so they clung to the front of the car that the tendons of their left arm were smoking for several days. After being confused by the fork road in the woods of AO PUDSA BEACH, I got stuck on a stone step. I was in a dilemma. When I was almost unable to carry the car, a foreigner came out of nowhere. He helped me carry the car to the flat ground together and then showed me the way. Thank you very much. Finally, I realized that it would be much easier for me to walk than to ride a bicycle. However, without this car, I might not have been able to reach so many beaches and let me walk through them one by one. 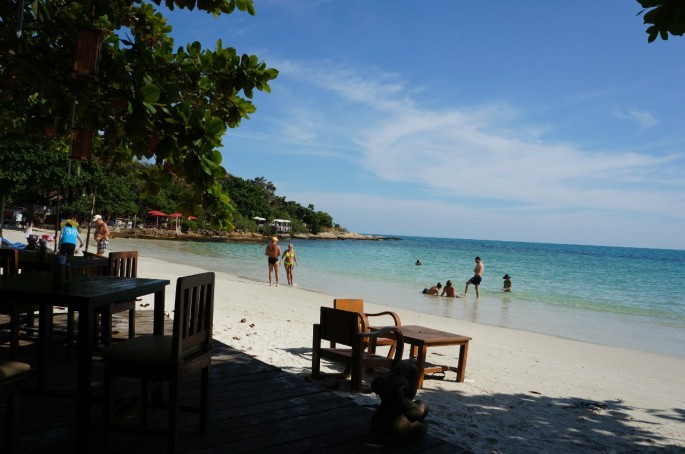 There are obviously fewer people going deep. AO PHRAO BEACH is my favorite beach and the only beach facing the west. The sea surface is especially calm. The sun shines on the water surface like fish scales, the sand is as soft as pepper, and many small whitebait fish swim in the crevices of the reef. There are also a few foreigners wearing a little cloth enjoying the sunshine, only envious share, I can only hide under the shade of the tree and enjoy the sound of the waves, looking at the distant sea and sky line, hoping that I can out of my body and fly to the sea to understand and see the whole island. 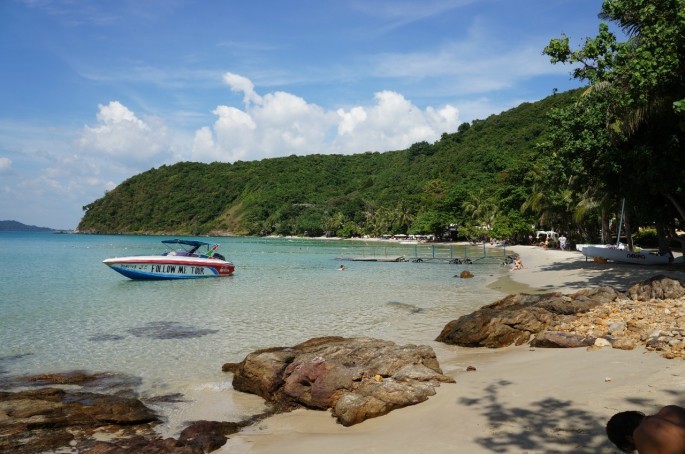 Two hours later, he stepped onto motobike and changed to another beach, AO WONGDUEN BEACH. The afternoon sun made me short of water and hungry. I sat down in the sehouse restaurant here. The tables and chairs were on the beach, shaded by big trees, with Christmas bells hanging on the trees. I lit SEAFOOD NOODLE and BEER and enjoyed them slowly. There are many people surfing and parachuting at sea, but all of them are foreigners and no other Chinese. Is it foreigners who have more holidays or are there no pressure in their lives? Behind the restaurant is a resort, one after another independent huts, each 3500B, which is beyond my spending power. 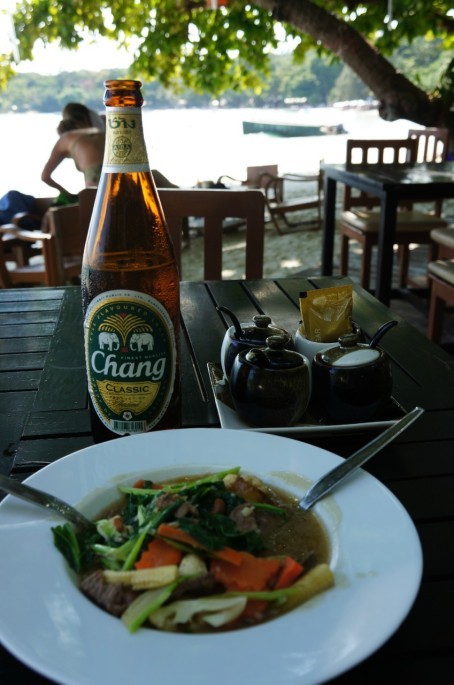 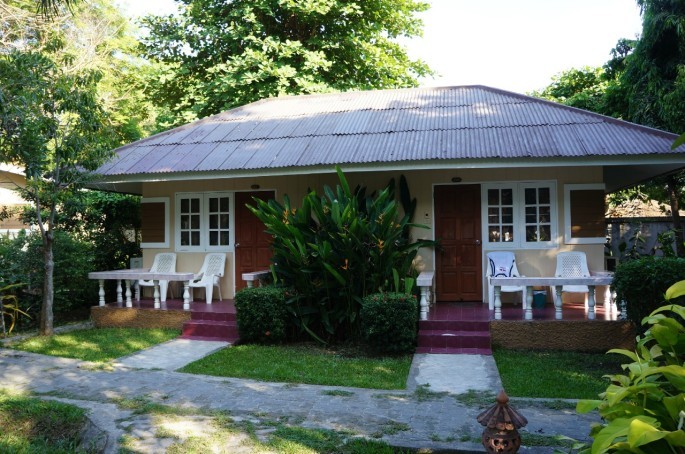 The sun is setting, the sky is slowly turning red, and the clouds are still very thin. I have to find a place to stay and continue to go deep south. On the other side of AO SANG TIAN BEACH, there is a high point. It should be the best place to watch the sunset here. There were few people passing through the road behind him. It was a bit desolate. The place without the tour team was really quiet and unbelievable. There is not even a boat on the sea surface, not even the sound of the waves can be heard, only the wind blowing in my ear. In the distance, there was a line between the sea and the sky. It was empty all around. The sky was falling down. I was a little desperate and even began to be afraid. While there is still some light, I found a place to live in VILLAGE here in SANG TIAN, which is also an independent vacation hut, 900B, which is a bit luxurious for a person. Just wait for dark at the seaside here. Tomorrow is December 21. Just wait for the end of the world on this small island. I don’t know when what had an extra dog lying around him. The dogs here are very happy. They sleep in the sun and have fun at the seaside every day. No one drives them to hurt them, and they are too lazy to pay attention to human beings. 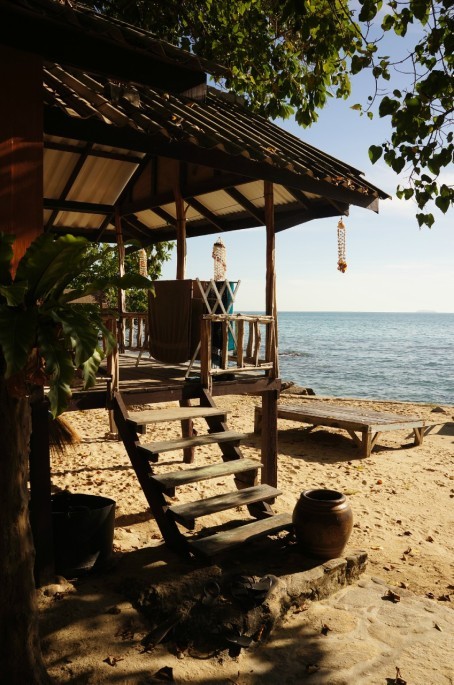 After listening to the sound of the waves all night, the curtain was pulled open to the beach. The sun was about to rise and a new day was coming. I heard a few birds barking and a few dogs roaring. In addition, I only heard my own breathing. I don’t know how to sleep again. When I opened my eyes again, strong light came in from the curtain seam and pushed open the door. The sun was already hanging in mid-air. It was still quiet all around. Although it was the morning sun, it was enough to make me feel stinging pain. Foreigners, foreigners again, were already reading in hammocks outside the wooden house in their underpants early in the morning. However, I still continue to touch the dogs around me and look at the ships in the distance in a daze. 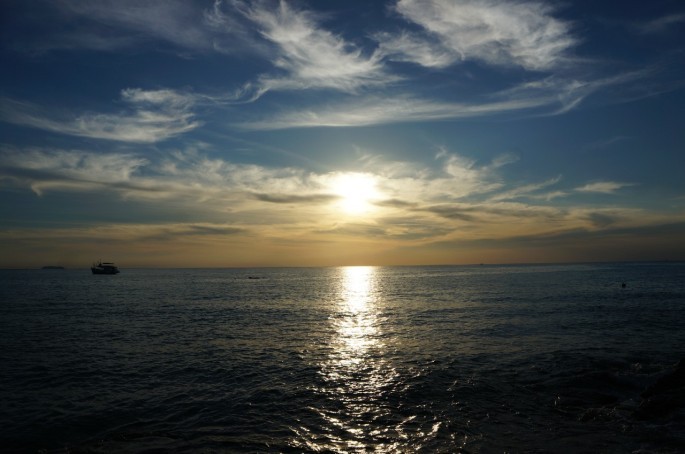 I really want to sink down in this sea, what will tomorrow be like after the end, and where will I be tomorrow?

With my mother, I traveled to Thailand in ten days and three places (3. Phuket Island: Patong)