On the eve of the Chinese Lunar New Year in February 2011, I took the ferry from Phi Phi Island to Phuket at 9: 00 a.m. and thought it was as wide and comfortable as the ferry when I came, but only to find that the ferry back to Phuket was old, small and crowded, and unlike the strange fare of free drinks and snacks when I came, the ferry was very different from the old. From the dock to Patong Beach, I passed Phuket Town and saw China’s Guandi Temple and Tianhou Temple on the roadside. I felt that Chinese culture was very kind! Phuket Temple of Heaven was honored by the ancestors of Tainan City’s Luer Queen of Heaven in 2007.

Tropical flowers are also in full bloom during the Spring Festival. 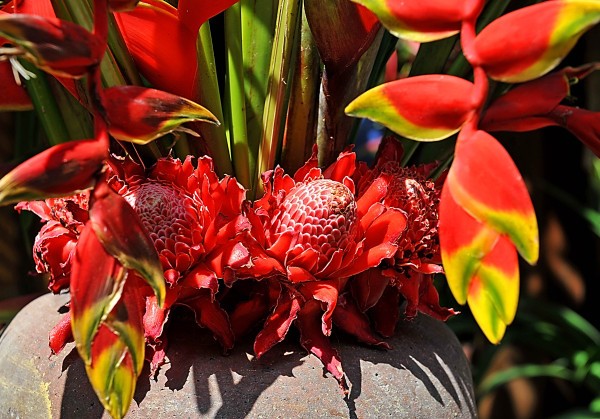 Returning to Burasari at noon, it is gratifying to upgrade us to the swimming pool room. The balcony of the room is shaded by green trees. Walking down the steps is the green swimming pool, which is pleasing to the eye. In the afternoon, I went to the sunny Patong Beach, where there were a sea of people.

On New Year’s Eve, I went to Patong Night Market, Some restaurants marked the 980-person set meal to celebrate the Chinese New Year, but worried about the large amount, they decided to go back to the hotel’s garden restaurant for the New Year’s Eve meal. They found a seat with an electric fan and ordered roasted steak, grapefruit salad, winter yin gong, roasted shrimp, pineapple rice, yellow curry chicken, vanilla chocolate ice cream, Thai spring rolls, etc. in the band and Thai folk songs and dances. Six people spent 800 yuan RMB. After a quiet exotic New Year’s Eve on the hot island of Phuket, there was no CCTV party or deafening firecrackers, but there were songs and dances accompanied by warm wind, which made people drunk and unable to return.

Swimming pool next to the restaurant 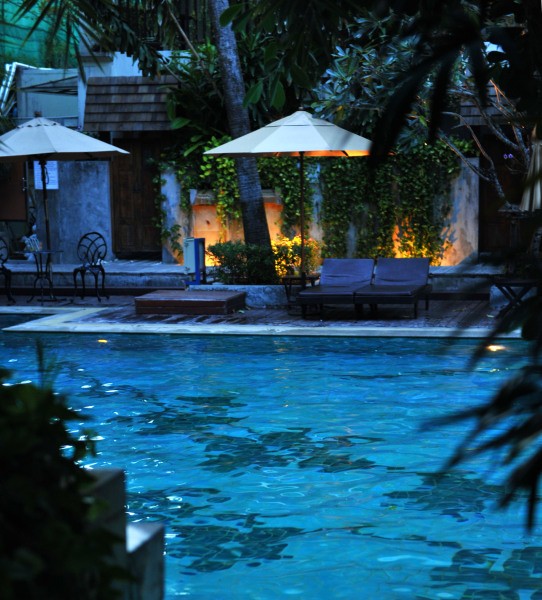 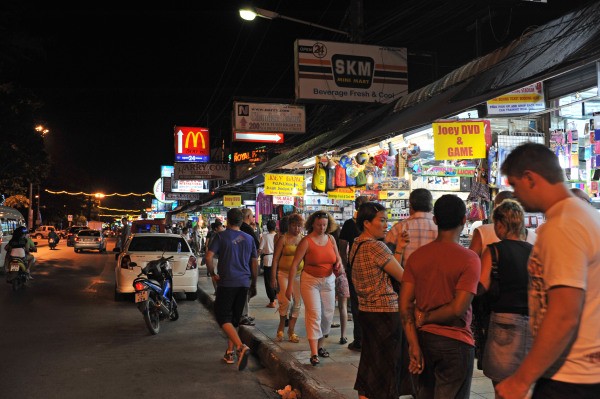 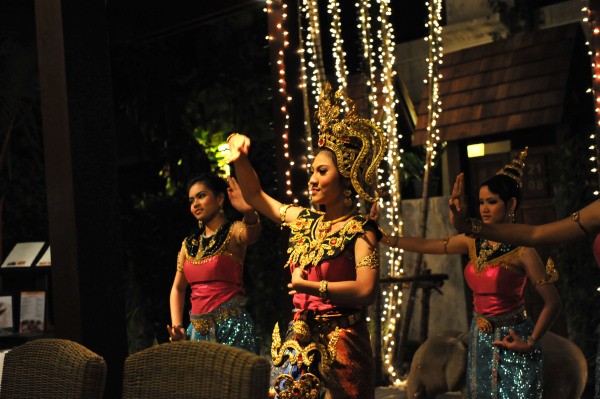 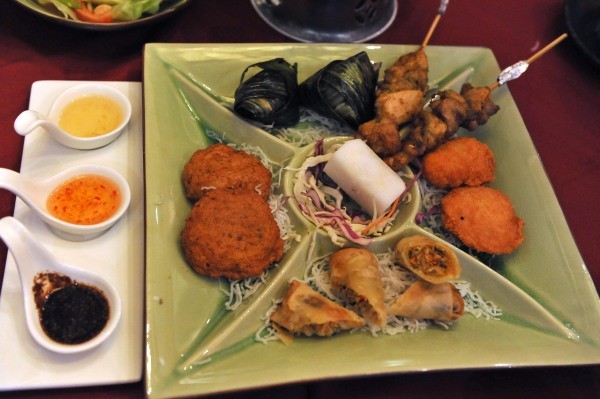 The drumming band worked very hard and performed for four or five hours in a row. 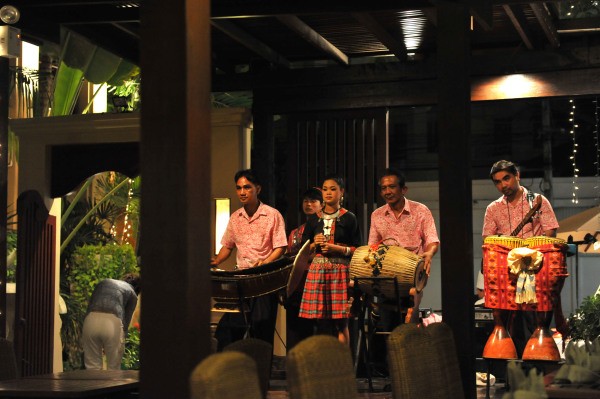 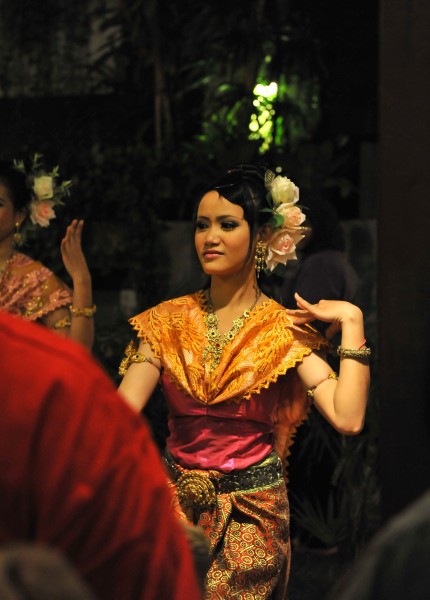 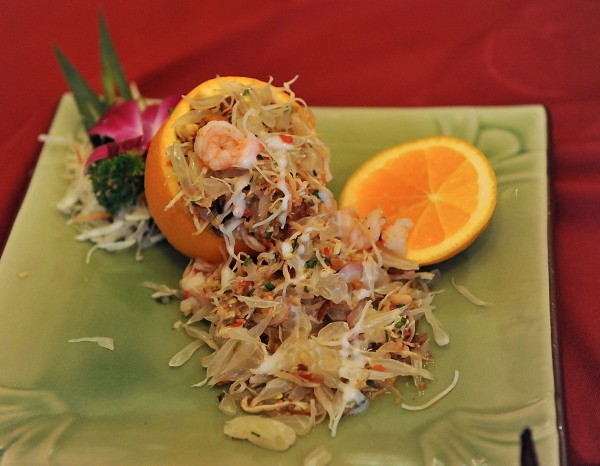 The lovely blonde girl at the next table. 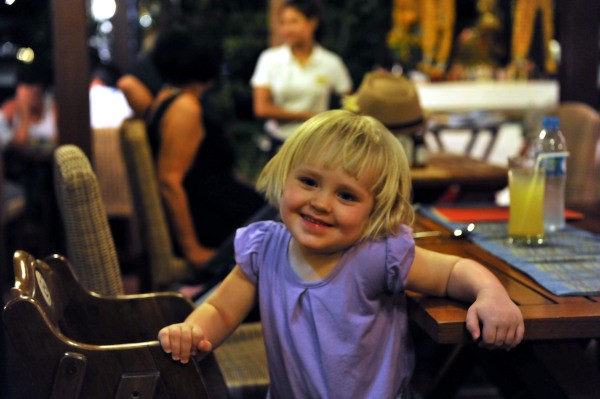 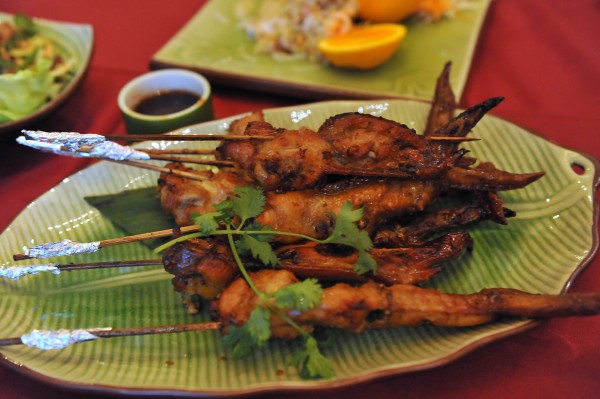 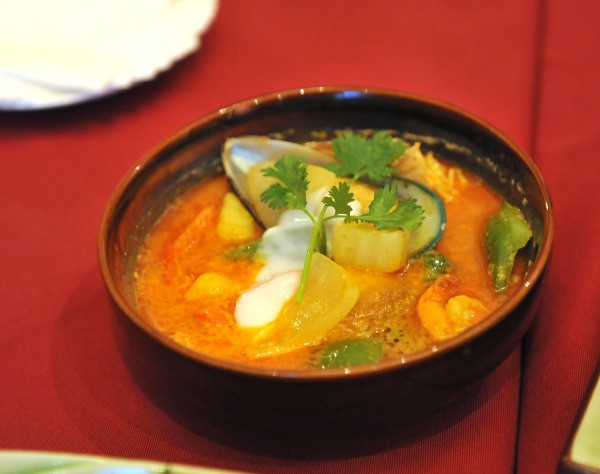 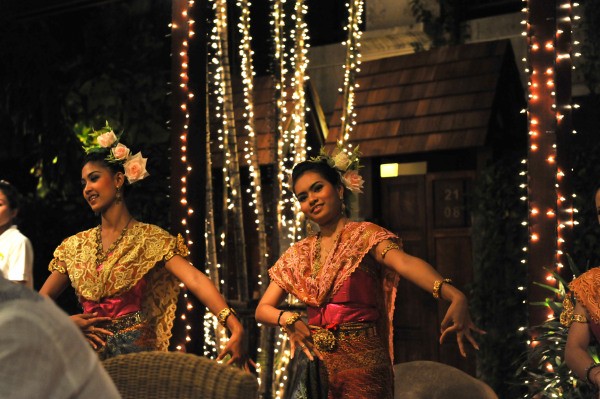 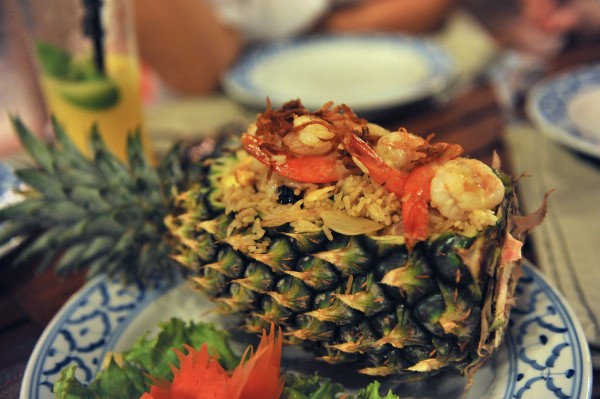 I got up at 4: 00 a.m. and the hotel breakfast was packed in the lobby. The plane to Bangkok was 7:25 and Phuket Airport was 6:30. I was very nervous to check my luggage. A large number of Europeans who flew directly to Copenhagen formed a long line at the exit. Phuket’s exit was still backward and there was no special passage for infants and the elderly. The boarding staff found us in the team and gave priority to us. They took off immediately after boarding the plane. The island scenery in the Andaman Sea under the porthole in the morning was very beautiful. After an hour and a half of flight to Bangkok, Thai Airlines flew to Shanghai at 10:35. Thai Airlines sent snacks to congratulate the Chinese New Year. Three and a half hours to fly back to Pudong, Shanghai. Shanghai is the first day of the new year, with clear skies, but the temperature is 30 degrees lower than Phuket Island.

On the morning of the first day of the year, I flew from Phuket to Bangkok. The Andaman Sea outside the porthole under the clouds reflected golden light. The Golden Year of the Rabbit has come! 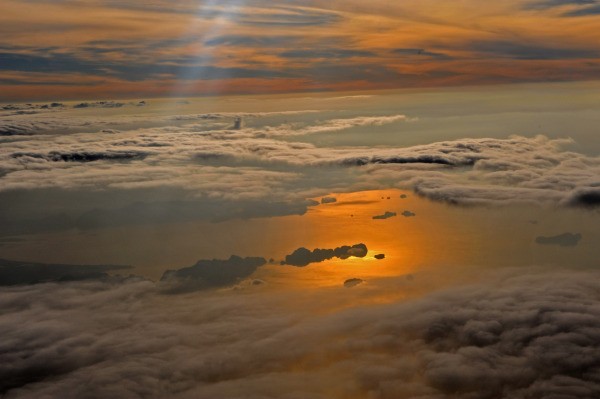 On the way from Bangkok to Shanghai, Thai Airways congratulated Xinxi on his dessert. 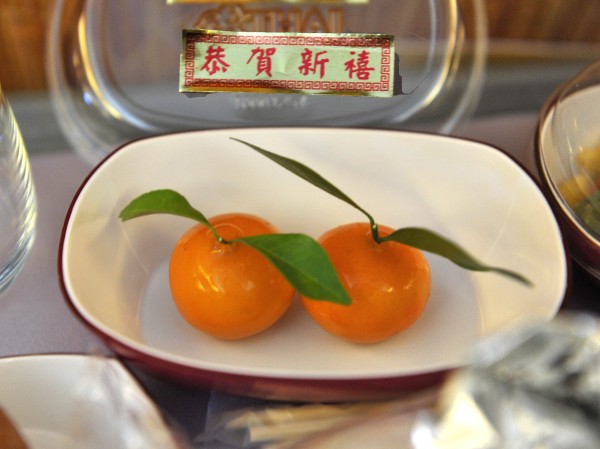 As the Spring Festival approaches, the memories left behind are repeated and faded away every year. Now the only fear left behind is Zhao Benshan, and only the unhappiness and annoyance of eating New Year’s Eve dinner in restaurants. The New Year’s Eve on Phuket Island leaves me with a long aftertaste.