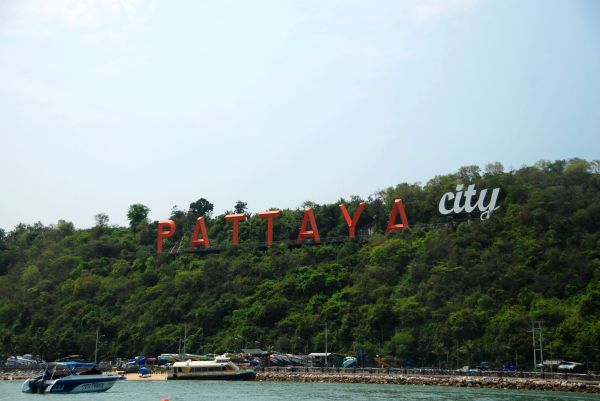 Pattaya is a famous seascape resort in Thailand, 150 kilometers southeast of Bangkok. Pattaya was originally a small fishing village. It was during the Vietnam War in the 1960s that American soldiers built a holiday center in this land of continuous sand beaches, clear water and blue sky for fun. Only then did Pattaya, which is full of flowers and infinite charm today, become a success. There are classic sea water and sand beaches in Southeast Asia, which are called “Oriental Hawaii”. In particular, the Coral Island near Pattaya is the largest island outside Pattaya Beach. There are many sandy beaches around the island, with white sand and fine cotton and clear water bottoming out. But Pattaya’s real charm lies in cheap consumption, indulgent nightlife and special transvestites.

Johnson once said that the role of tourism is to restrict imagination with reality: not to think that things will belong to how, but to see that they are actually how’s.

Thailand was originally a Buddhist country. Can’t you see the pedestal pagodas standing everywhere in this “smiling capital” and the Thai people kneeling down, folding their hands and worshipping with their foreheads touching the ground to express their piety when they meet monks or Buddha statues like Buddha? However, Pattaya of Thailand is famous all over the world. It is said that Pattaya’s porn industry is the originator of its peers in the world. The Thai government’s policy is to “ban gambling and cannot help being yellow”, so the sex trade here is open. There is no taboo, shame or disdain at all. That’s why you can really understand what’s name is “laughing at poverty but not prostitution”. 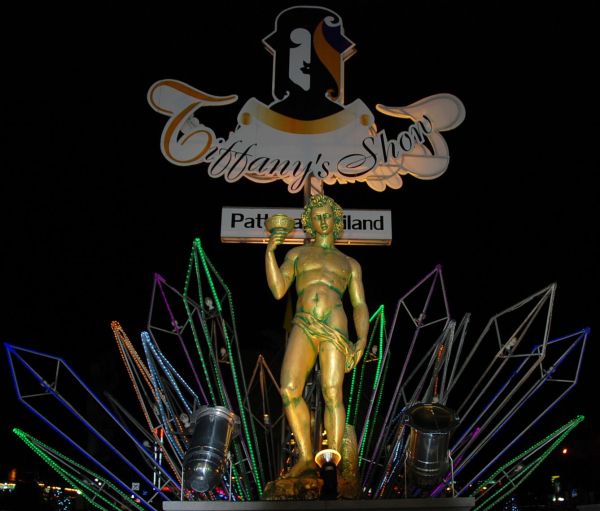 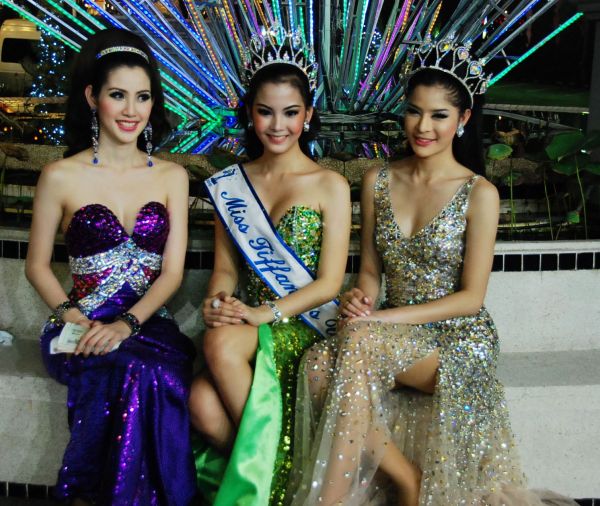 The reservation is to watch the performance starting at 9 o’clock, and our car leaves from Woodlands & Resort Hotel at about 7: 30. Starting ahead of schedule is not that far away, but to get a glimpse of Pattaya’s nightlife along the way. The “black pearls” along the way (these women are generally small in size and dark in skin, hence the name.) While disappointing us, we couldn’t help marveling at the number. However, most of the people holding hands with these “black pearls” are “big white geese” over 60 years old (they are collectively referred to as white and fat Westerners who have the most fun in Pattaya * *), which makes us question the aesthetic view of “big white geese”. According to the tour guide, Westerners who come here have “three rents”, namely, renting a house, renting a car and renting “black pearls”. Isn’t it true that these retired “ghosts” come here to find a little sister to spend a few days in the “end” of her life. What can we do? 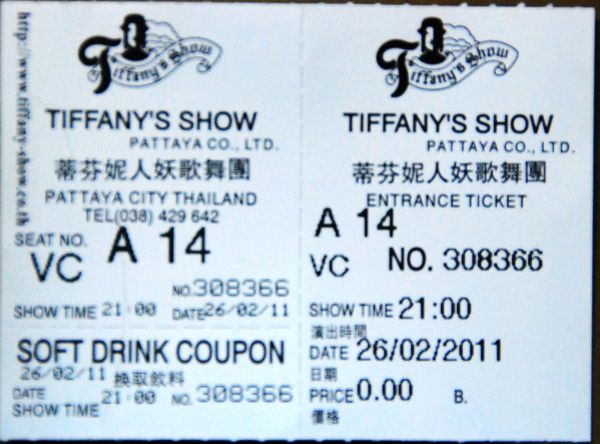 Here we go, Tiffany’s Show. As the previous performance had just ended, the door was full of people who took photos with these performers. We couldn’t help but want to take a few pictures of these “men more beautiful than women”, but the tour guide kept urging us to go quickly and said that we would take pictures after watching the performance. Due to previous contact with the boss, people have already made arrangements. We naturally sat in the best position in the VIP area.

When Tiffany’s was first launched in Southeast Asia in 1974, several talented singers and dancers imitated Broadway musicals in the United States, perfectly imitating the singing and elegant movements of Hollywood movie star Marilyn Monroe. Today, there are 90 actors here who can imitate the classic jokes of various countries to pay the audience.

To borrow a sentence from his performance brochure: “The one hour twenty minute family show is a breaktaking stage extra travaganza that will set your feet tapping and your heart racing and when the final curtain comes down, beginning for more.” After watching the performance, I really felt this way: Is there anything else? After the performance, come out and take a photo with the actors. For every 40 Thai baht (less than 10 yuan RMB), you can take a photo with an actor. If you want 100 Thai baht, you can take a photo with someone else’s rubber gadget. Traditionally, you have to prepare small change for tips, because you will not be given change. But the transvestites here will not take advantage of you. You don’t have any change, it’s okay-you can hear that your transvestite sister is greeting you: I can give you change, I have it!

The above three pictures are provided by Tiffany’s

The transvestite performance is indeed a must see program for traveling to Thailand. Of course, let’s put down some ethical issues here. As the brochure of Tiffany’s Show says: “Treat yourself to a mind blowing experience of unique, exotic glamour, the most beautiful showgirls and handsome boys in Thailand, extra costumes and stunning sets. An overall picture of beauty and taste. Tiffany’s has it all.” So go and see it by yourself! 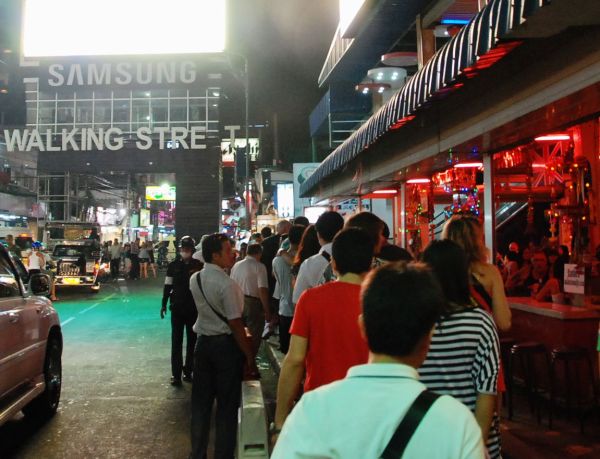 After watching the transvestite performance, we will go to see Pattaya’s * *. Nowadays, all major cities have pedestrian streets, and Pattaya, Thailand’s second largest tourist city, is no exception. The difference is that the pedestrian street here is genuine * *. As mentioned earlier, Thailand is a country where sex trade is open. Speaking of which, I couldn’t help thinking of Thailand’s national motto: nationality, religion, king. Speaking of nationalities, Thailand is a multi-ethnic country. King, portraits of the king can be seen everywhere, not to mention. Even in * *, I don’t forget to write “Long Live the King”. The towering minarets and temples also reflect their religious side, but religion and life are divorced here. 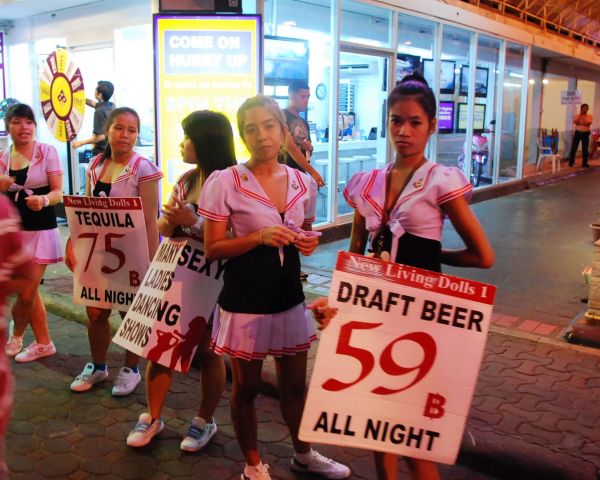 The * * here, or you say sex workers or women who have fallen in love, are openly peddling themselves on various occasions, acting in small groups or alone, all soliciting their own businesses. The “pearl” here will wave to you from time to time, and once you are interested in one of them, or if you look at it for a short time, you will encounter electric eyes or provocations. If you like it, you can come forward to bargain. If you don’t like to talk and leave, the girl will blink at you and thank you for your patronage. They don’t seem to be afraid of your lens either, and they may also pose in front of your lens. I’m sorry, but it’s us tourists. 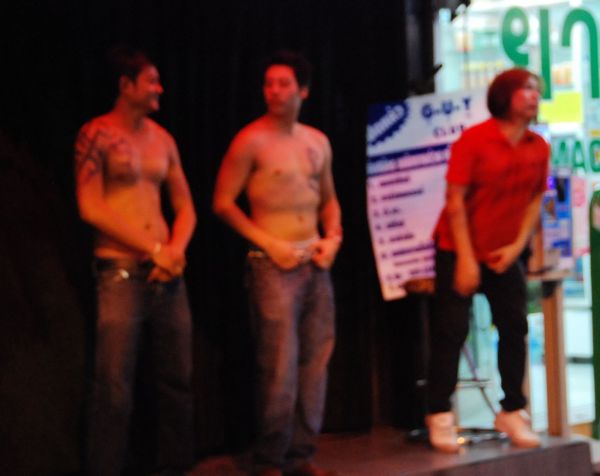 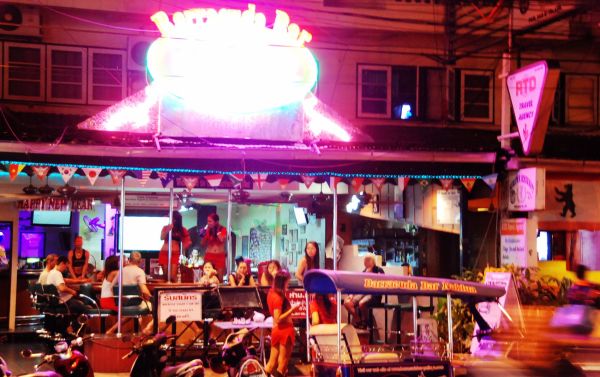 Pattaya’s nightlife is not only a transvestite performance or * *, but also the cultural characteristics of a country or a region behind the transvestite and * *. On the one hand, people deeply believed in Buddhism can say that everyone is devout, while on the other hand, it is a country characterized by pornography. Although Thailand does not explicitly stipulate the legality of the sex industry, the government acquiesces in the industry to promote the development of tourism and has formulated a free medical examination system for employees to control the spread of diseases. This is the progress of a country’s rulers, or……

In any case, if you arrive in Pattaya without watching the transvestite performance or walking in the pedestrian street after nightfall, then you certainly do not see Pattaya’s characteristics. Perhaps we disdain to understand this characteristic, but “the function of tourism is to restrict imagination with reality. “If you don’t use reality to restrain your imagination, then the role of your Pattaya tour is another matter.