The book went back. After riding the elephant, we got on the car and walked for about ten minutes to our second project of the day, bamboo raft rafting. The tour guide told us to change into bathing suits and put valuables on the car (cameras, video cameras, etc.). If we were damaged during rafting, we would not be responsible. Maybe this is a country place, The place to change clothes is very simple, We will take off our shoes and socks in our changed bathing suits. In order not to wet the camera, I put the camera in the car. Walking barefoot under the river bank, Barefoot stepping on the cobblestone road felt a little pain. Soon he came to the river and saw a bamboo raft waiting for us. Eleven people in our car sat on three bamboo rafts one after another. The boatman who supported the bamboo raft asked us to sit down separately and told us in stiff English that standing was very dangerous. 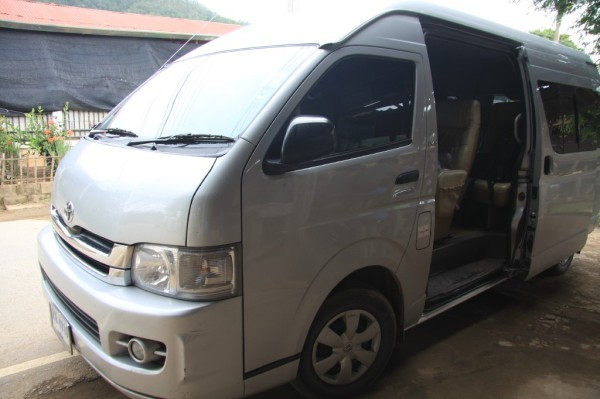 The minibus we took 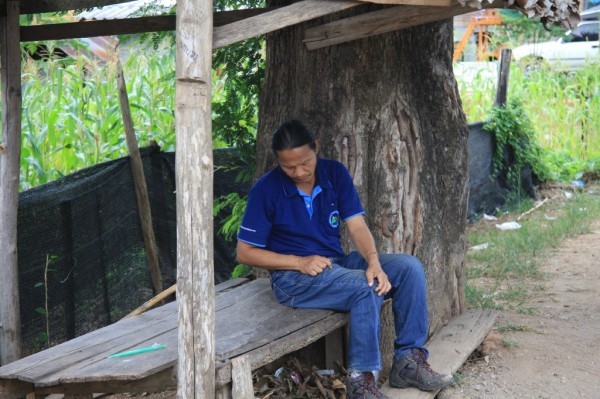 This is our guide for that day 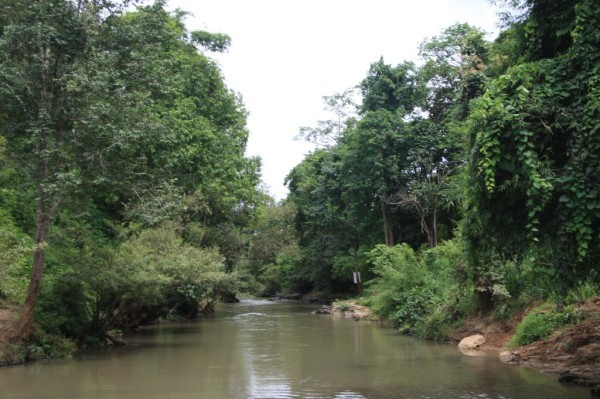 Our rafts went down the river, The trees on both sides of the river are lush and luxuriant. Thousands of birds can’t sing, The river was calm and swift, Boulders also appear in the river from time to time, Sometimes the waves are so high that they are so high. The water fell on the body and was cool. The boatmen who support bamboo rafts are highly skilled. Left and right swing around boulders, We sat on the bamboo raft and screamed from time to time. I don’t know how far it has drifted, After drifting for nearly an hour, the boatman came ashore and motioned us ashore. We thought we had reached the end point and landed unsatisfied. We saw that the tourists in front were still walking along the river. Bamboo rafts were waiting in front. They boarded the boat again. Later, we found that the river was narrow and the water was extremely fast. For the safety of the tourists, the boatmen let the tourists walk through the road before drifting forward. 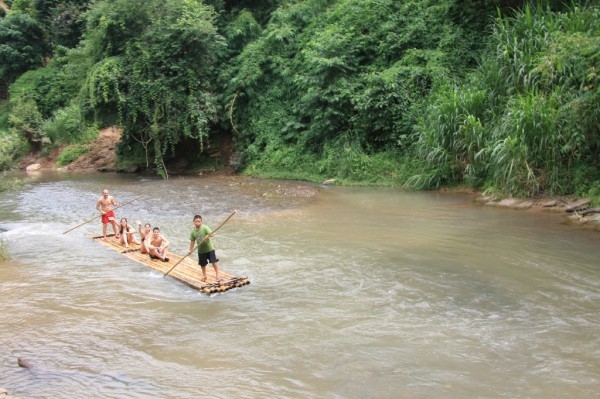 After more than an hour of drifting, I found that the choice without a camera was correct, but I regretted not bringing a card player. If a large camera is inconvenient, it may get wet and the card player will be much more convenient. 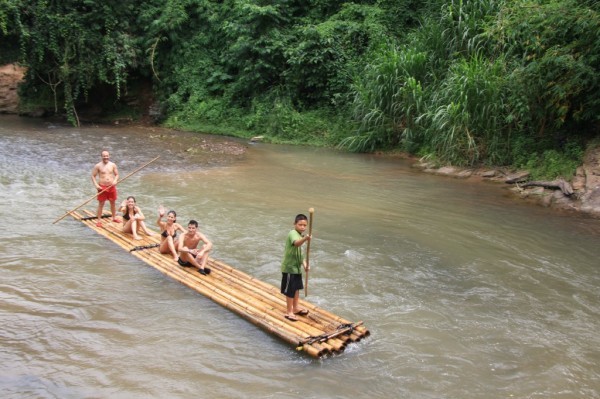 Such a young child came out to make money by rowing bamboo rafts. 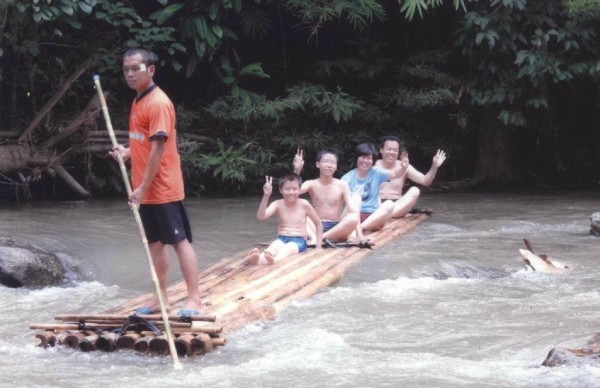 Isn’t the young man who supports our bamboo raft cool? 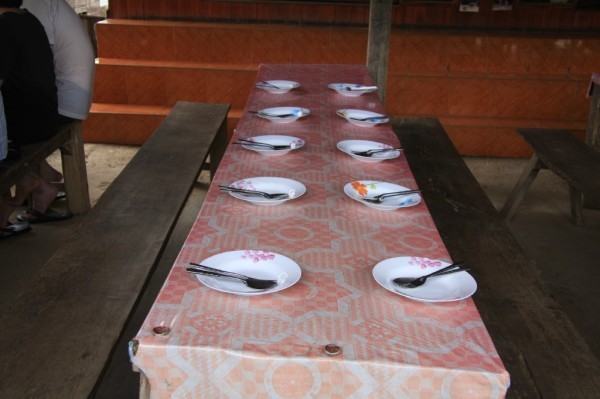 The place where we had lunch after rafting on the bamboo raft. 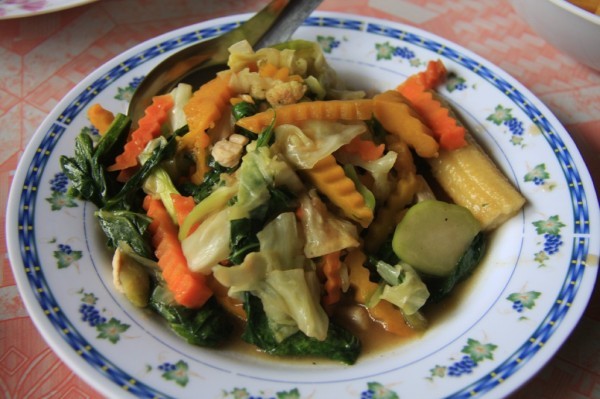 Most of the lunches on that day were vegetarian dishes, but they were well matched. The taste was different from that of Chinese food. The ingredients were special. Curry was a favorite of Thais. 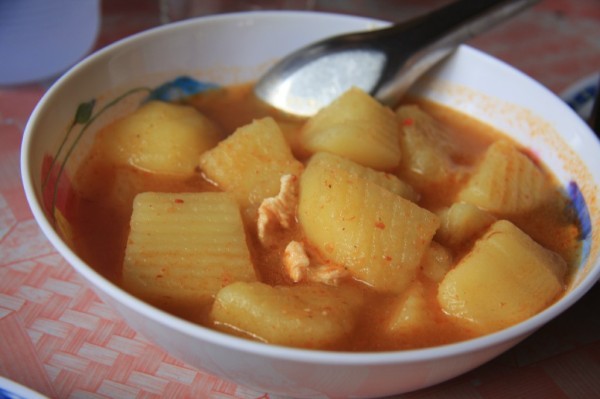 There is chicken in this dish, but it is not very much. You can order it again after eating it. 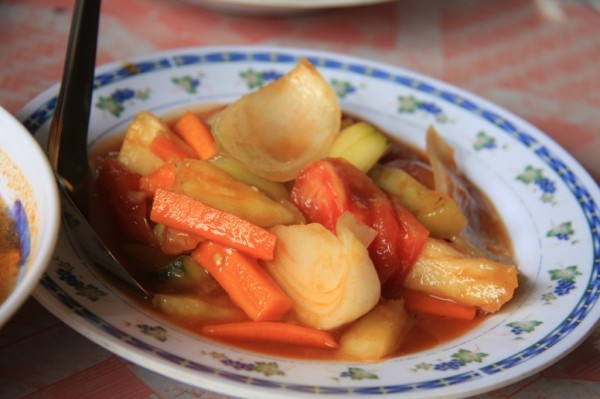 Three dishes, as well as Dongyingong soup, are said to be the specialty of this peasant family. At first, they were not used to it, but after eating a bowl of rice, they got used to the taste of the dishes here. 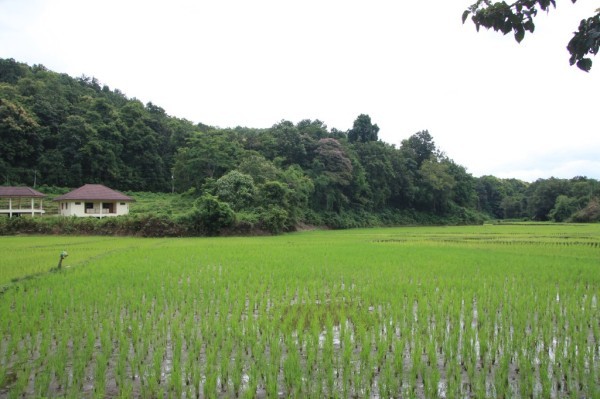 There is a rice field behind the lunch shop. The scenery is very beautiful. After lunch, I stopped eating here. Ha ha

After that, we will continue our next project…….