In fact, when visiting Otaru, it is best to choose the whole afternoon and the evening, so that you can not only have enough time to enjoy all the best scenery of Otaru, but also eat at various food shops and craft shops, linger on and enjoy Otaru’s famous night view of the canal. It can be said that the dream trip in the dream place is bound to become a rare and beautiful memory in one’s life. However, it is obvious that I have no such good luck this time. The biggest time problem lies between me and my ideal. It is grim and heartless. However, even so, I still cannot resist the charm of Otaru, which is already close at hand. Most of the people who have a complex for Hokkaido also put Otaru in this remote feeling. Looking at the long Otaru Canal, which has been like a day for many years, they feel nostalgic even though they have never met before.

From Sapporo JR Station, take Sapporo-Otaru’s one-day welcome pass and take only 32 minutes to reach Otaru by express airport number. The train was running along the coastline. I looked at the deep blue and quiet sea in the sun and felt that my heart was stirring up. My hand holding the camera could not be put down. The feeling of nostalgia and expectation cannot help it. Ogisan beside me, with a little confused and knowledgeable silence, let me be extremely active through his nerves. 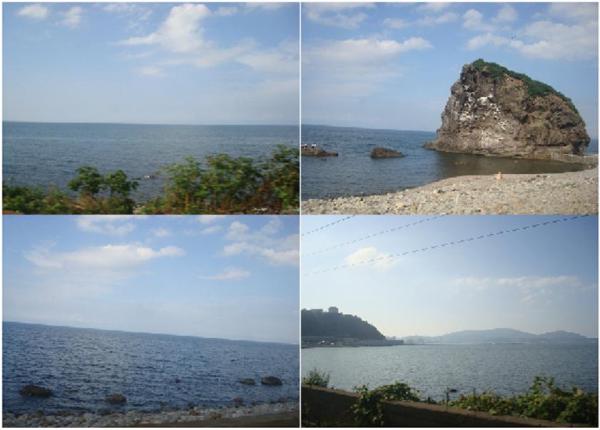 A long coastline. A few men and women occasionally appear on the shore, sitting idly and watching the sea. In front of Otaru’s dock is a slightly lively place.

Arriving at Otaru Station, a large wall was covered with kerosene lamps with Otaru characteristics, which suddenly flashed into my eyes. Time suddenly went backwards and strewn at random in an instant. Can’t turn your eyes straight. Although it is a hot summer day and there is no dream and romance like a Japanese drama in Xuexiang in plain white winter, the impressively existing in front of us is like who is announcing in his ear: This is Otaru-so he can’t help but spit out a sentence from the bottom of his heart: I have finally come. 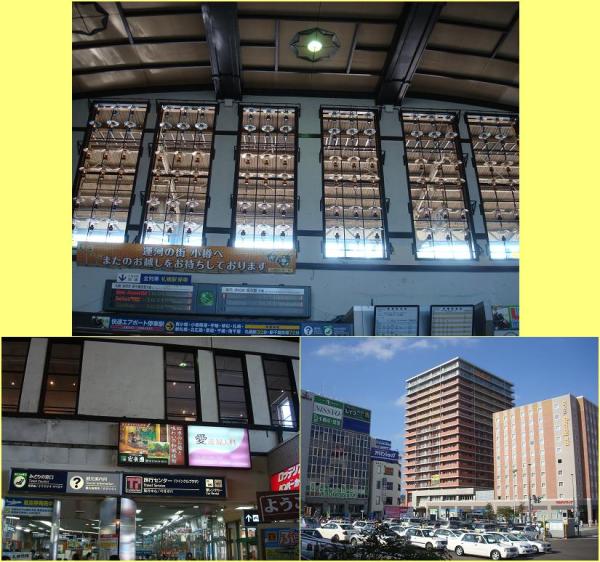 The “case office” in the station took the map, asked the general route, and began to stride along the main road in front of the station. It is said that it is only about 500 meters away from Otaru Station to Otaru Canal. For all first-time travelers, the first stop is to go to the soul of the city: Otaru Canal. And those characteristic streets are basically built near the river. 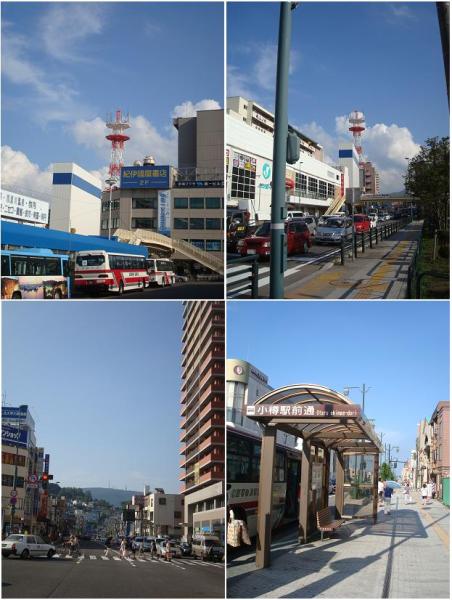 Keep moving. Hokkaido is also so hot this summer ~! The blazing sun shone directly on the earth. The characteristic high and low street lamps are clever and interesting. Passed by the store booth. A closer look at the price of glass wind chimes is cheaper than what I bought on Taobao in China ~! The signboard “Welcome” impressively entered the eye ~ ~ +_ +

Finally reached the canal. This is a broad road near the river, with a faint smell of the sea seeping over. Looking ahead, I saw a magnificent white cloud cluster, like a dream moving castle in the blue sky. The high street lamps, as if stretching their wings to fly, are about to fall into the vast sky. This scene, this dream, this place, the heart suddenly became infinitely broad. If Otaru in winter is romantic, dreamy and warm, Otaru in summer is energetic, flexible and enthusiastic. But it is still poetic and picturesque. Arriving at the canal river in Otaru, I looked at this clear waterway, which bears the feelings and memories of countless people, and only looked at each other quietly. Watching the seagulls come and go, watching the canoe pass by, watching the floating reflection between the waves, watching the sky in the water. Knowing that you are stepping on the land of dreams. Linger for a long time, unwilling to leave. There are no bustling tourists. It was a calm and warm August afternoon. He strolled to the canal warehouse group across the street and has now been transformed into a craft museum, a museum and a specialty store. I met a hand-made glass shop and was attracted by the decoration beside the stairs before I officially entered the shop. It was beautiful. . . Are those little glass people making glass handicrafts with various tools? There are a wide variety of glass handicrafts in the store, which are dazzling and dazzling. A closer look shows that each is exquisite and lovely, and a closer look shows that none of them is expensive. The result is secretly mad in my heart. However, there were even more speechless and maddening shops later ~ ~ ~ The clerks probably knew of course that we were just here to feast our eyes and only stood quietly at a distance. Ha, ha. . .

Strolled forward to the Canal Museum and Otaru City Comprehensive Museum. The museum closed at 5 o’clock. It was estimated that there was not enough time. After looking at it, he skipped directly…Although the introduction is still quite magnificent: brick and stone warehouses with wooden skeletons are arranged along the river, one of which has a big fish ornament called “Tiger Tile”-the Otaru Museum, which was rebuilt from the warehouse built in 1893. In the museum, there are arrays of models of Beiqian ships that arrived in Hokkaido from Osaka and passed through the Seto Inland Sea, Shanyin Sea and the Sea of Japan, as well as information about herring fishing, as well as exhibits that kept the original size and truly reproduced the modern shops at that time. 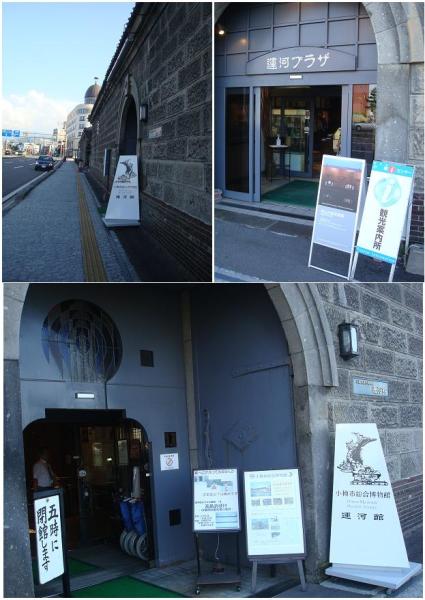 Again, it was sucked back to the river by the magnetic force of the canal. Thirdly, I was moved by such blue sky and beautiful days. Fat seagulls often sit firmly on the gas lamp with a happy expression. The painter by the river, and the painting by the river. Sneak past and glance, cartoon full of personality. Looking at the Parthenocissus tricuspidata in full of green, my mind comes up with its red makeup in autumn and naked makeup in winter. I have seen and touched the photos before. There is a place by the river to sign up for a canal cruise ship. I asked when the next boat will leave at 18:30 and take 50 minutes. In fact, it is also a very pleasant thing to take a boat trip to the canal. If the time is not tight, it must be taken into account ~!