Language has been hindering me from going abroad for the first ten years. Lazy and stupid, I can’t remember words anyway, so I have to wander around the country. In recent years, friends around me said that Thailand’s islands and temples are very beautiful and they have the idea of going again, that is, they are not free to follow the tour group. I think if you don’t know English, you have to go abroad with a group. Do you have to go abroad with friends who can speak English? Even if I learn English, do I want to go to Germany, France and Spain? I don’t believe this evil. I made up my mind not to learn any language and took Thailand as my first stop to the world.

So far, I have only learned five English words: Hi, OK, NO, 3Q, in vain. Of course, I must do a good job in the attack class before going out. I will go to the place names, scenic spots, hostels, stations, meals, supermarkets, and other common words, maps printed out and marked in Chinese and English. Thailand, where the toilet is located, said that they did not understand WC. I wrote Thai on a small note? (found online), put it in your pocket and take it out at any time. Every time you want to go to the toilet, you show it to Thais and they will point it out to me immediately. In foreign countries, I regard myself as deaf and dumb. With my eyes and body movements, I will go to the local supermarket for shopping. It is common for me to bargain with small traders. It is very simple to let the traders lose the price to the calculator, and then I will enter the price that I think is acceptable. When vendors see that there are many tourists like us, they will naturally make me understand that they are very useful in Thailand’s 24-day trip and language is really not a problem. 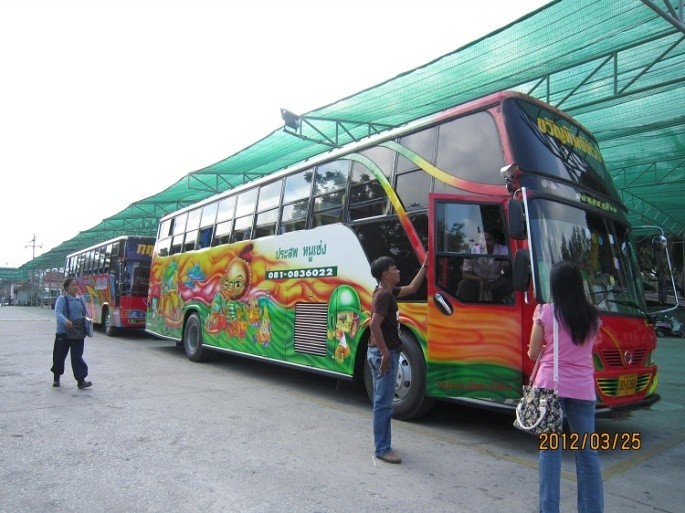 When I went to Thailand, my friend and I were both illiterate in English. What I admire is that she has a strong sense of direction. Take the map and you will know how to get there (there will be free local travel maps in Thai ports, airports, stations, etc.), I can’t tell the difference between the southeast and the northwest. After each city, she rented a motorcycle first, It is easy to find a car rental agency in Thailand, The price is 150-250 baht/24 hours, About 30-50 yuan is equivalent to the people, and then she hitches me to find accommodation. Sometimes she finds accommodation and picks me up later. It is convenient to go to any scenic spot with a car, which greatly reduces the travel cost and saves a lot of time for hitchhiking and waiting for a bus. More importantly, she can get anywhere to the motorcycle. We often drive directly to the seaside with a motorcycle. When leaving the city, she took me to the station or dock before returning the car. No deposit is required for renting a car, Some need passports, Some only record passport numbers, Some don’t even want a passport deposit, Once in Chiang Mai, we rented a new car that only traveled 80 kilometers. The owner of the car dealership only charged us 400 Thai baht for two days, and the passport was not registered or secured. When we left Chiang Mai, the car dealership had not opened until more than 9 o’clock. My friend had to ask the hotel owner to help return it. My friend said that Thais believed too much in the masses, and if they met a greedy person, they would lose a lot. The train ticket from Bangkok to Chiang Mai is 305 baht, and the taxi from Bangkok’s Kaoshan Road to the railway station is 60 baht, so it is very cheap to travel to Thailand.

As long as you have time, you can find a very cheap and good landscape hotel, and our accommodation cost in Thailand is about 250-500 Thai baht/room. The most expensive is PP Island 500 baht, which is a characteristic Mao Cao bamboo shed. Chiang Mai is the cheapest and warmest 250 baht. Paan Island is the best 400 baht seascape villa. Opening the door is the sea, beach, swimming pool, bar and outdoor massage hall. Most of them are villas, only hotels in Bangkok and Jiami, and the overall feeling is good. 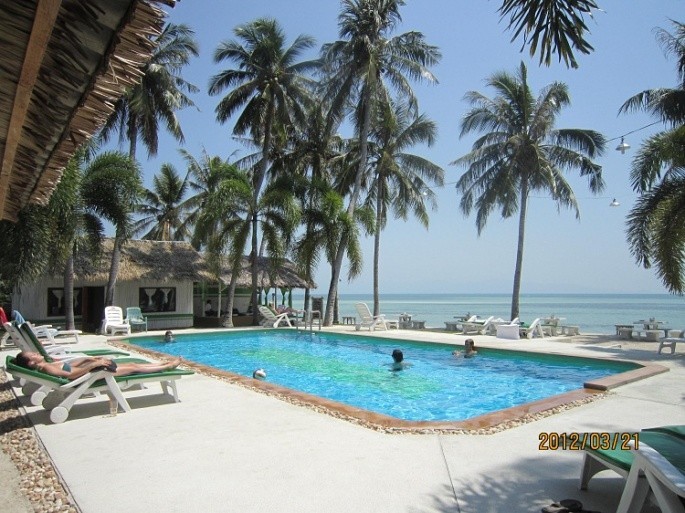 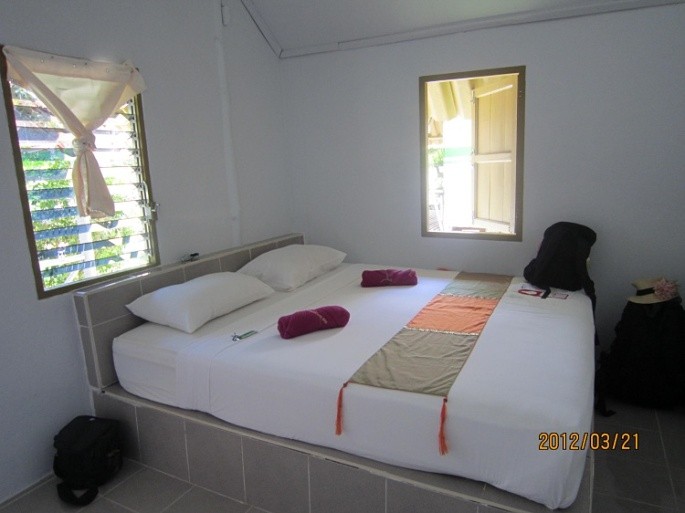 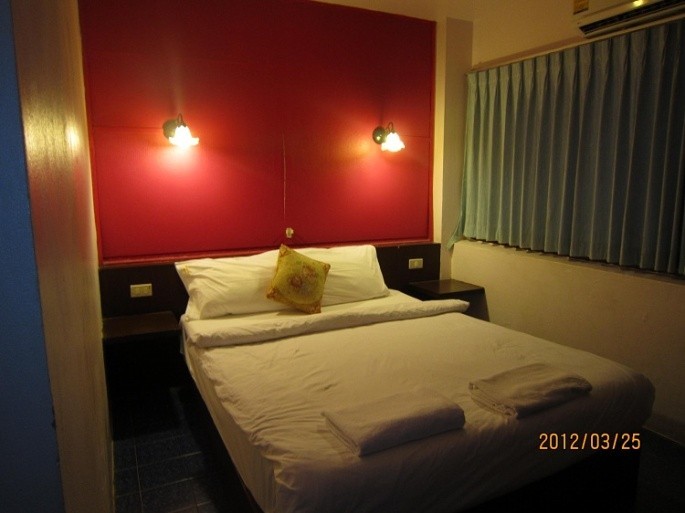 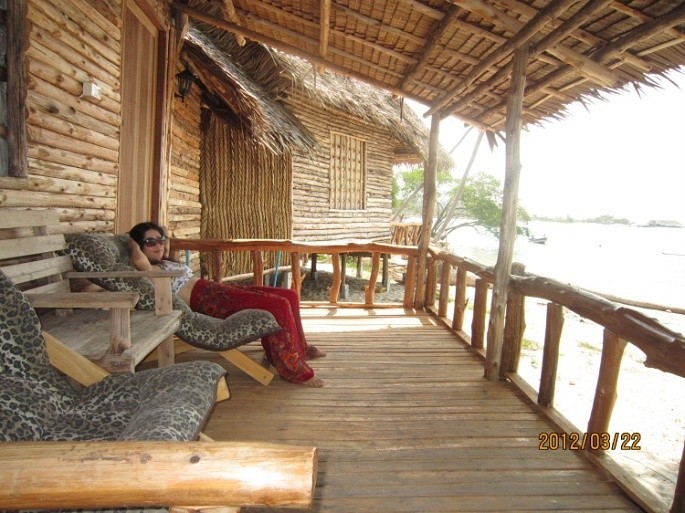 Driving the car into the village and experiencing the life of the local people is the most interesting and fruitful thing I think. I brought some small gifts to the local people to close the distance with the local people. The simple local people asked me to share the cakes they made. Of course, it is not the kind of pleasing food, but what I want is this taste. What I remember most is that in Guidao, the boss invited me to try her craft with her own breakfast every morning. Thais eat very little, and what they bring is only enough to plug my teeth. When I was sitting on the balcony at night, I would be invited to taste the coffee she cooked. I motioned with my hand that I could not sleep after drinking it. I didn’t expect her to pour another glass of milk and bring it. In Thailand, if we don’t pick a bowl of rice flour 20 baht and a bowl of fried rice 40 baht, we usually eat casually in the morning and Chinese food, and when we calm down at night, we will go to the bar to make up for it. We spent the least dinner + 160 baht of fruit juice, and the most expensive dinner was 860 baht on PP Island. We didn’t enter the bar but winked at the foreigners at the door and went back to rest for a while. Everything started from economy and didn’t dare to let go. 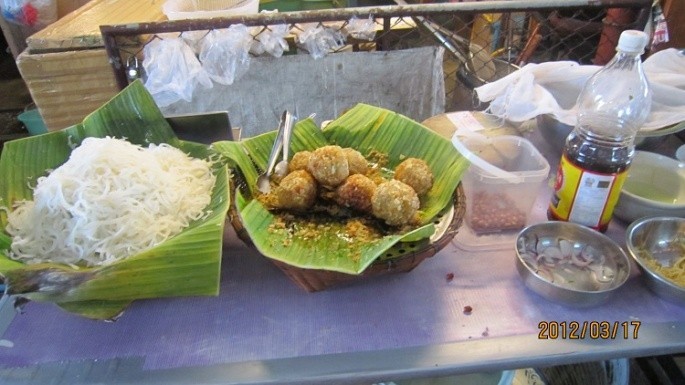 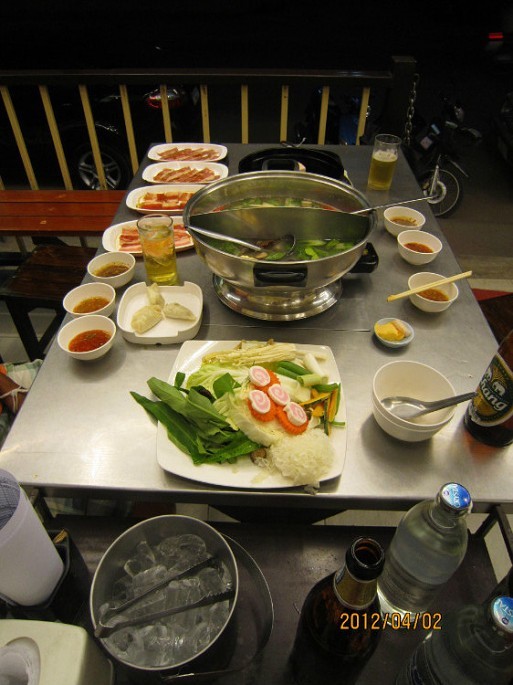 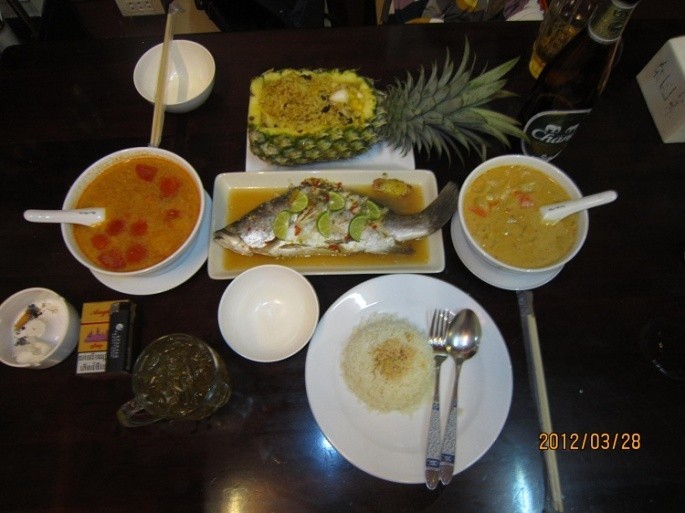 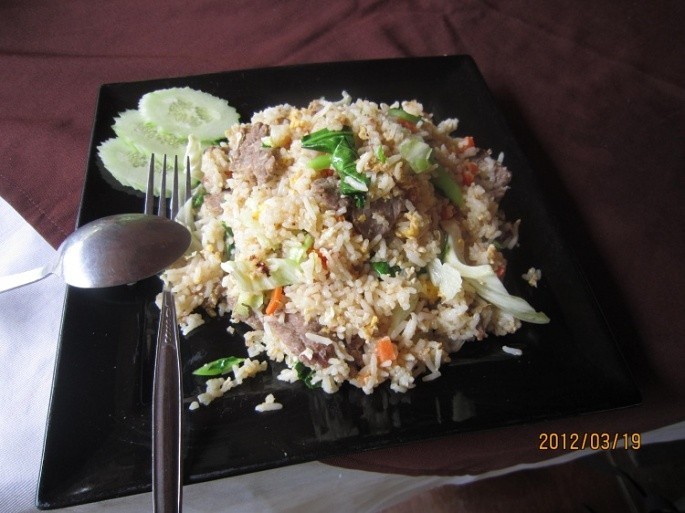 I met a couple who could speak Chinese in Chiang Mai. American couples working in Yunnan, China, The wife came to Chiang Mai to have children, I asked why I was not born in China. The medical conditions in China are better than those in Chiang Mai. Husband and wife said that Chinese doctors all speak Chinese and communication is difficult. Moreover, it costs at least several thousand yuan to have children. The staff in Chiang Mai Hospital can speak English. The cost of having children is low. The money saved can live in Chiang Mai for several months, so they decided to have children in Chiang Mai. They asked how long we had been here. How long are you going to stay? I said I’ve been in Thailand for 22 days, From south to north, I went to Bangkok, Guidao, Paan Island, Sumi Island, Surat Thani, Jiami, PP and Chiang Mai. I stayed in each place for two or three days. When he went to Chiang Rai, the next city tomorrow, his head shook like a wave drum. After shaking for a long time, he changed his tone and said, Why do you rush into the scenic spots with your camera and shoot them again like a war, and you can run so many places in 22 days? You are not traveling, traveling is wandering slowly. They go to a city for less than half a month and more than half a year. I said that we are picking points. First, we should watch what for fun. What is not fun. We will not take detours next time we come again. Moreover, the Chinese people have precious time. They are in a hurry to go home to earn money and come out when they earn enough. He has been chanting that he does not understand. I said that I grew up in China for decades and did not understand. Do you understand Chinese idioms? The Chinese do it according to idioms. In fact, the main reason is poor. It is enough to go out and have a look. It is satisfied. It is good. It is too selfish and irresponsible to stay outside for several months. 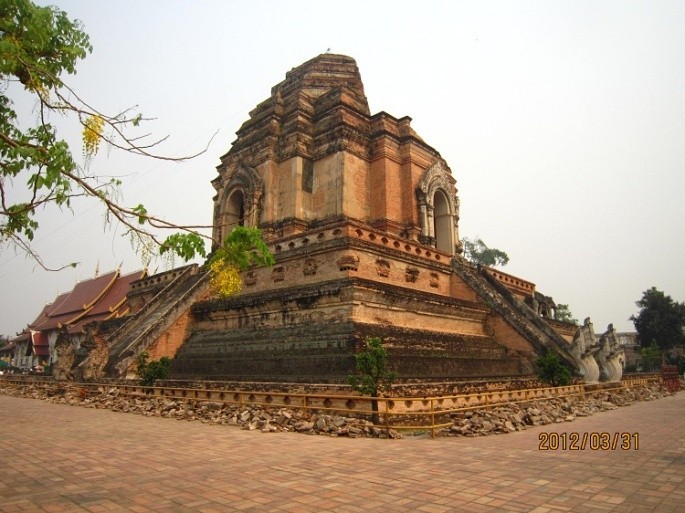 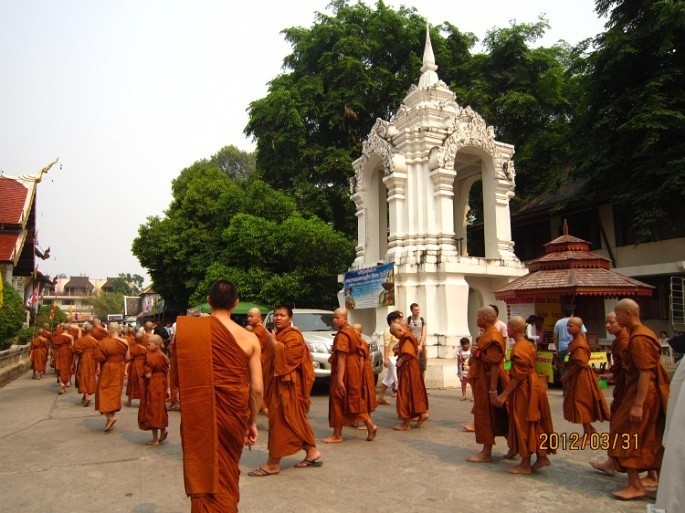 Less than Chiang Mai, I don’t know the beauty of Chiang Mai’s mountains and waters. Under my eyes, Chiang Mai Shuanglong Temple shows a natural scenery. The distant mountains are intoxicating. A close look at towering ancient trees and luxuriant forests surround the temple layer by layer. The unique layer of eaves and portraits make the temple solemn and magnificent with rich artistic colors. This has always been a place for them to discuss, sing and entertain. People living here are happy. No matter where you go, you will be attracted by her.

The fascinating night market is the most lively and crowded place in a day. People from all over the world walked through it. All kinds of handicrafts, clothing and food dazzled me. There were not only local products but also products from other Asian countries. A beautiful boss greeted me with a smile from a long distance. He didn’t want to disappoint international friends. We bought two sets of clothes amid bright lights and bargaining.

I believe many people have seen the transvestite performance. Yes, this is a characteristic of Thailand. But when I saw the transvestite holding condoms to promote AIDS prevention in the streets, I felt heartache for these people who have become popular, are hard to make money on the stage, and are fighting against fate. 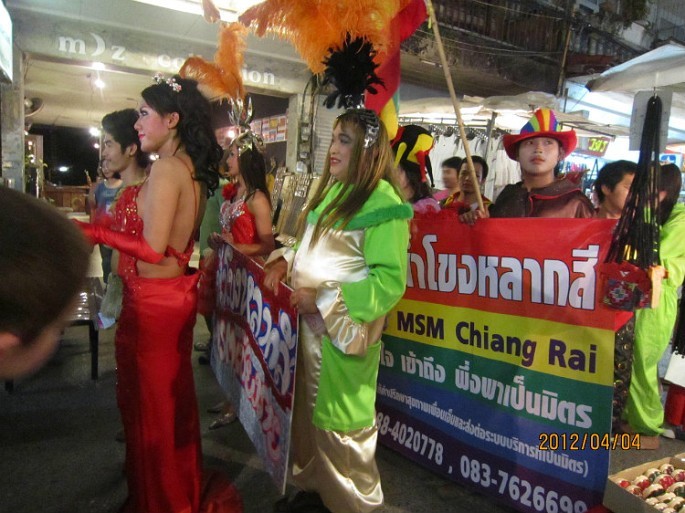 There are many national holidays in Thailand. For example, December 5 is the birthday of His Majesty King Bhumibol-Adulyadej, and it is also Thailand’s National Day. There are also many religious festivals, such as the Ten Thousand Buddhas Festival, the Three Treasures Festival, the Water Lantern Festival, the Spring Ploughing Festival, the Song Gan Festival, and so on. When I went, I happened to meet hundreds of people around the temple, singing and dancing tirelessly and happily. Because I didn’t know English and Thai, I still didn’t understand it was what Festival. 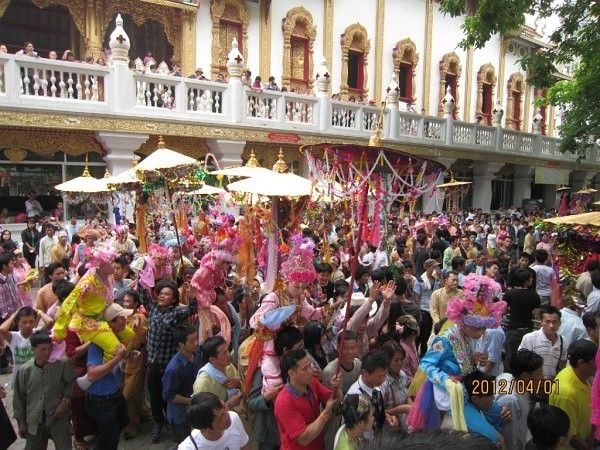 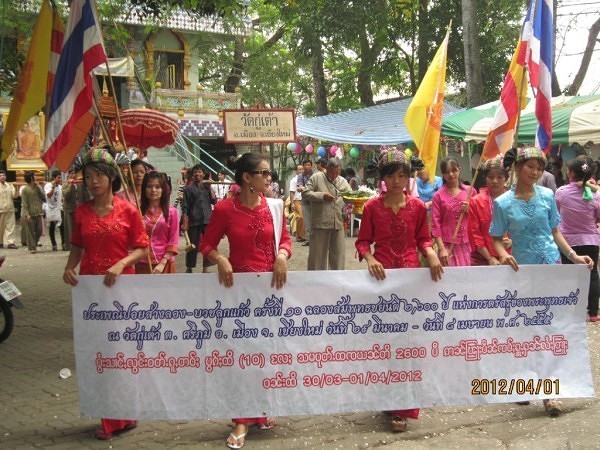 This has a history of 1,000 years and a population of 65.4 million. There are more than 30 ethnic groups. Thailand is the main ethnic group, accounting for 40% of the total population. 90% of the residents believe in Buddhism and Islam. Thai is the main language in the area, but people can communicate in English in major tourist areas. It is also the focus of famous Buddhist temples in the world. 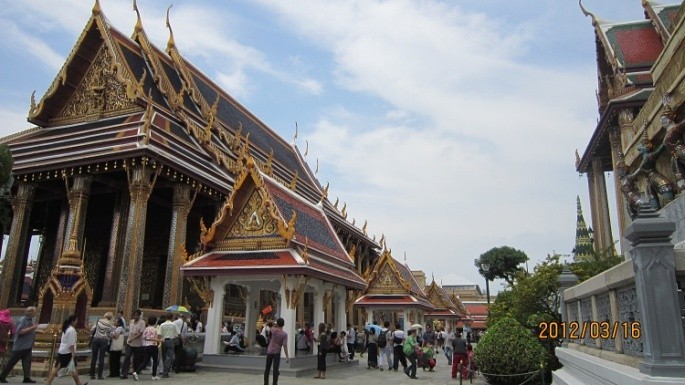 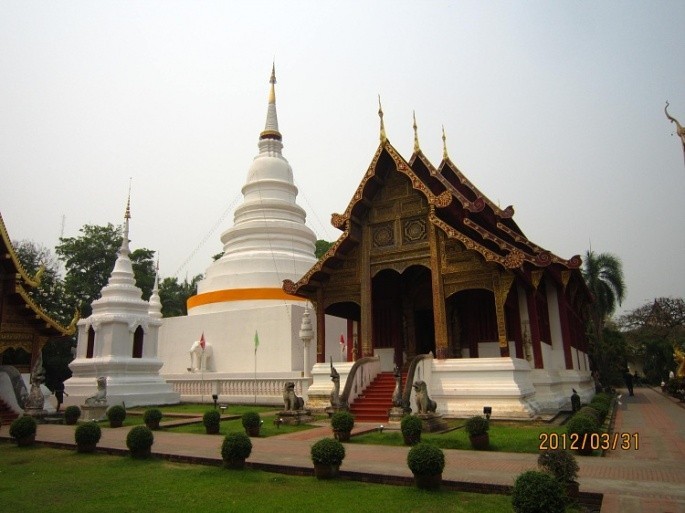 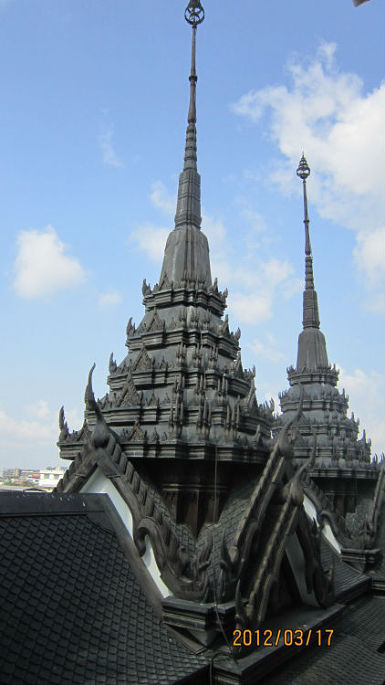 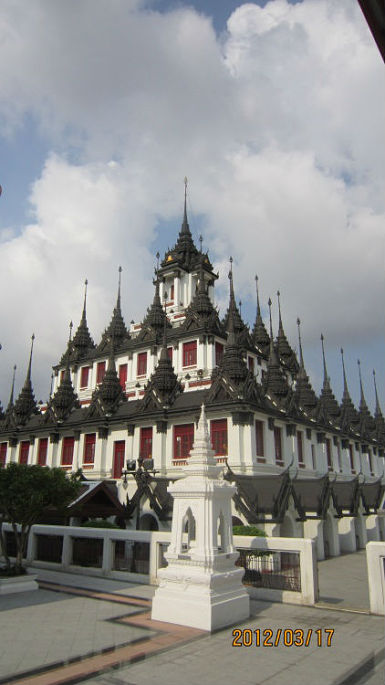 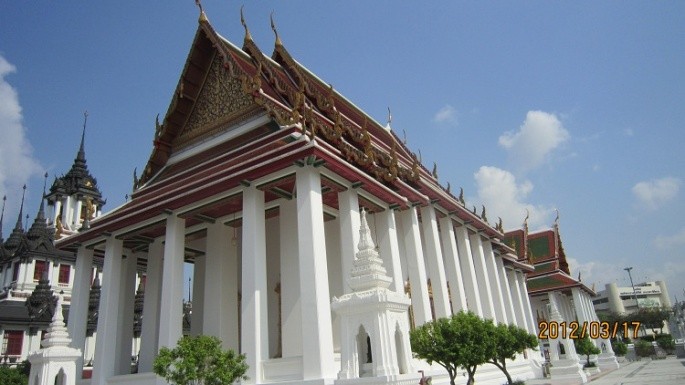 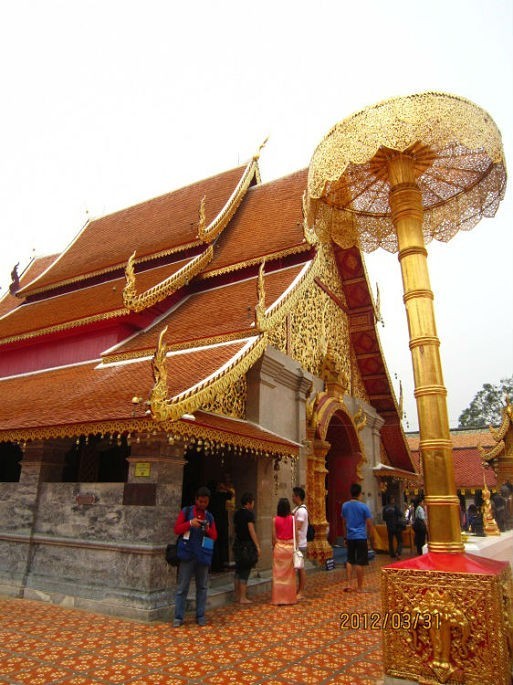 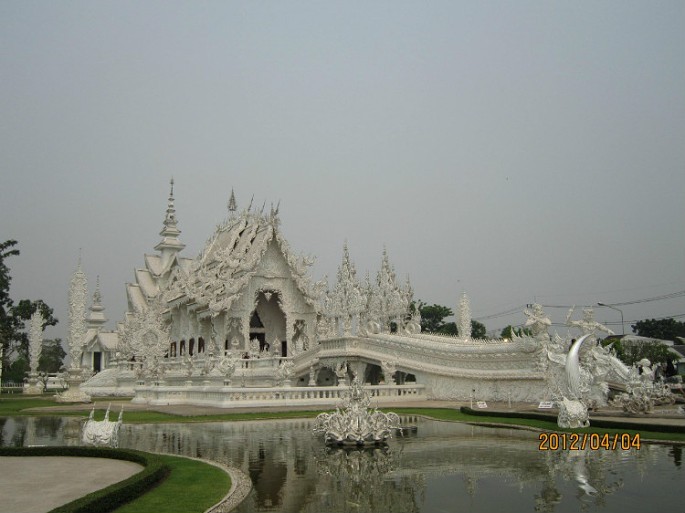 Apart from green hills, green waters and temples, Chiang Mai attracts me with price and climate. The consumption here is half that of Bangkok. Until now, I often think of the hostel where I live, with a standard room of 250 Thai baht and a motorcycle rent of 200 baht. Two people eat less than 300 plants a day, and each person spends equivalent to RMB 80 yuan a day. The temperature is about 22 to 25 degrees all the year round, which is very comfortable and worthy of being a tourist attraction. 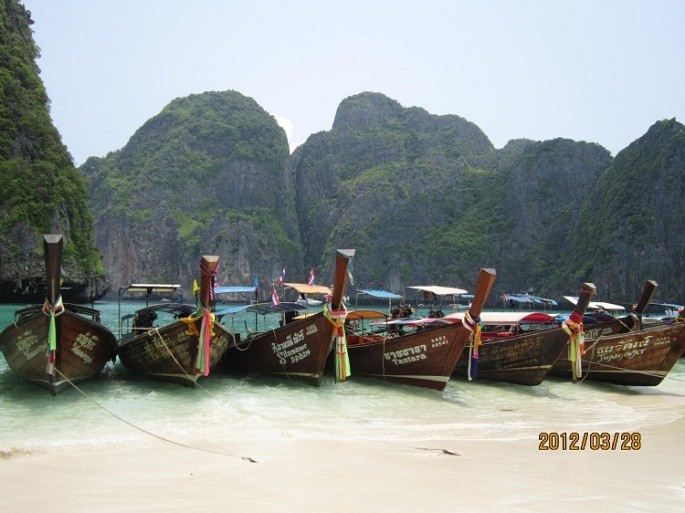 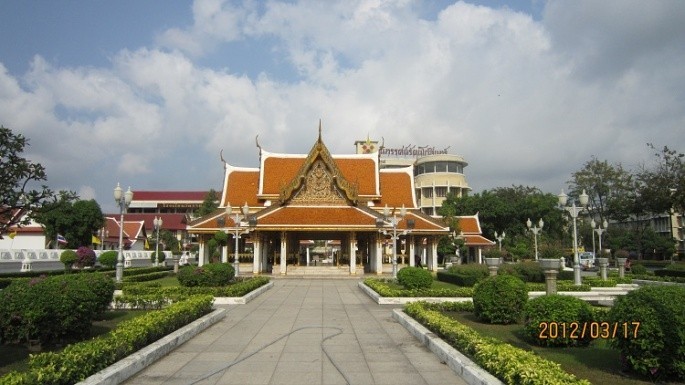 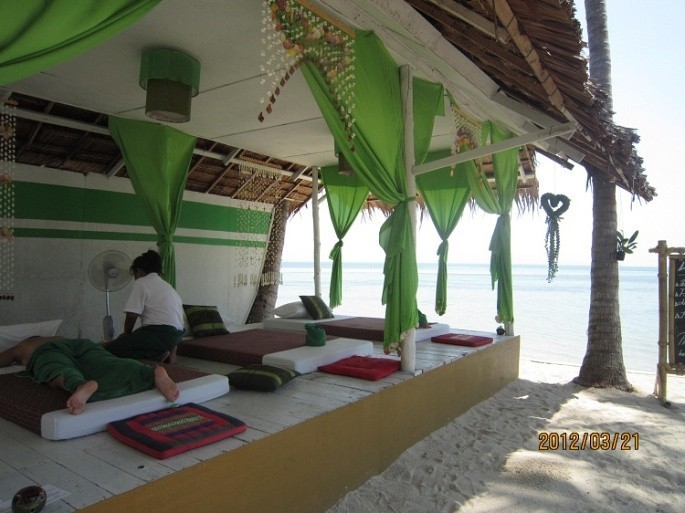 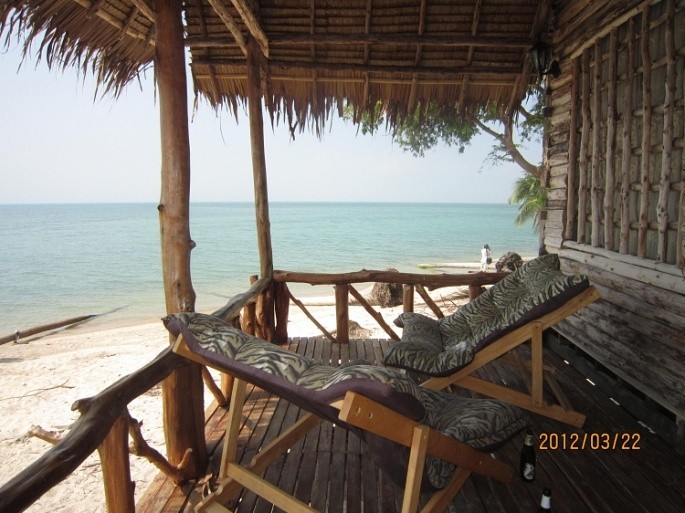 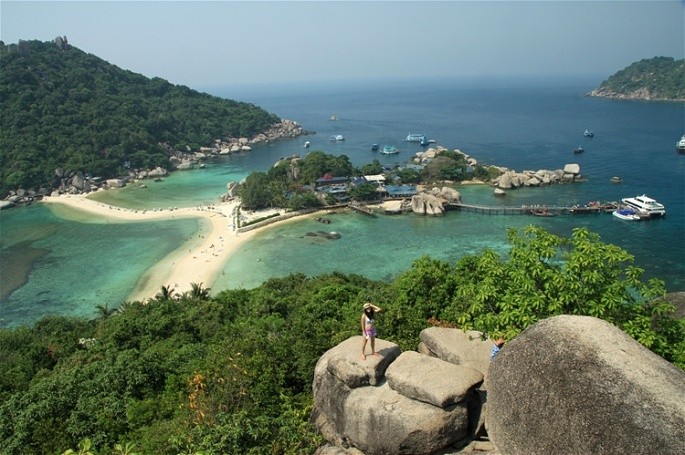 This is just to introduce my personal experience. Those friends who do not understand the language and have common interests, bravely take this step and leave for Thailand immediately.