He got up early and walked barefoot to the terrace. The grass leaves were stained with dew. A big red Fusanghua leaned out to say good morning. Waves were high Lin Tao and low waves. The wind was blowing. . .

The hut I live in is located on the west side of the island, far from the hubbub. Looking around, except for a few wooden houses and tall coconut trees, the sea water was shining with little white light in the sun, and there was not even a figure walking along the path. However, I guess the little squirrel with the gray tail came to visit. The welcome fruit on the Xiao Mu table on the terrace was empty. The peel left over yesterday was missing and the kernel was still there. . . . . .

This is Koh Samet Island, a small island about three or four hours’ drive from Bangkok. Its name is easily confused with Sumi Island. At first, I wanted to go to Sumi Island. I didn’t have enough time. Sumi Island was too far away from Bangkok. The second option is Elephant Island, which is closer to Sumi Island. Elephant Island can ride elephants, hike and go to sea in fishing villages. The content is too rich. I only have three days, and it takes two and a half days to go back and forth. I still want to choose a closer and simpler place. I don’t take part in what activities. I just stare blankly at the sea and live a lazy life for two days. Koh Samet Island, I heard, is very small and suitable.

It takes less than half an hour to take a speedboat from the dock to Sumer Island. There are only two resorts on the west beach, and only seven or eight guests on the speedboat disappeared into wooden houses in the jungle. If it weren’t for the waiter, I really doubted that I had arrived in a primitive village. The waiter left and looked inside the cabin. The windows were all made of wood and covered with green. The dark brown wood floor creaked and walked out of the house. On the edge of the wooden steps, there was a jar filled with water, allowing guests to wash their feet when they came back from the seaside. So here, the shoes can be put aside completely, returning to simplicity and truth, starting with one step.

However, after all, it is a resort. No jungle primitive invited you to fish and cut rubber. Every day, in addition to enjoying the sea view and delicious food, playing with water, sitting on the terrace in front of the door, drinking a cup of green tea, reading books, listening to birds singing, surrounded by the woods, leaning against the green hills, I feel as if I have returned to the summer vacation when I was a student, the days when I was freely playing in the mountains, and the days when I was as transparent as spring water.

If you feel too quiet, you can also go to the eastern end of Koh Samet Island. Koh Samet Island is a long and narrow island. From the west to the east, it crosses the mountain forest and takes less than 20 minutes to walk to the bustling east coast. This is still a paradise for Westerners. They like to lie on the beach in a glance and bask in it without fear of the burning sun. From a distance, there is no difference. The peddlers hung several colorful silk scarves on their shoulders and peddled them along the beach.

I sat in the shade of a tree, holding the green coconut I just bought, enjoying the coolness far away from the hot and spicy. A local girl set up a handicraft booth nearby. After a while, we chatted. She said that the bracelets and necklaces on the booth were all made by herself. I envied her skillfulness and asked her, “Can you braid your hair? My editor-in-chief is not good. “

She said, “I’ll weave one for you” and picked up a comb to comb my hair. It took only two minutes to braid the hair. She took a close-up with my camera and told me her name: “This is called fishbone plait”.

This is really interesting. People at the seaside weave braids all related to the sea. Walking around with fishbone braids is a bit like a fisherman’s girl.

The east side of the island is rich in activities, including various water recreations. Cafes and restaurants are close to each other and serve well. In one of the Chinese meals, it happened to be a ladyboy who came to order for me. Her hair was tied into a ponytail, her blush was painted, her manner was natural, and her voice was soft. As soon as she spoke, I immediately felt that my voice was too high. When she walked away with the menu, someone greeted her and stopped to stand there. She was already slim, wearing shorts, revealing strong and long legs, and her slight side posture was a bit like a mermaid. She was indeed more female than a woman. . .

Although the east coast is lively, it will return to the west at four or five o’clock in the afternoon. The reason why I chose to live in the west is not only quiet, but also suitable for watching the sunset.

The sunset on Koh Samet Island is far less spectacular than that on Kimbalan, Bali. It is more homely, just like sitting in front of one’s own house and looking at it leisurely. The clouds in the west are also beautiful, but it is not shocking. It was not a Shakespeare-style stage play, but a fresh sketch. The former is breathless, while the latter just makes you at peace.

Not only the sunset, but also the island’s dog Xiao Mao is very common. When you eat, they crouch at your feet and watch you quietly. A Xiao Mao jumped to the seat beside me while I was having dinner and watched silently. He was not in a hurry. I put a shrimp head beside the plate. It stretches its feet lightly and hooks them into its mouth. It moves skillfully, but it won’t move the food on your plate.

It was cloudy when I left Koh Samet Island on the third day. When the sea is cloudy, it is not blue, but jasper and jadeite. The waves send small stones ashore and polish them round and smooth. Peach blossom powder, ivory white and light yellow are available in all colors. The sand beauty of the sand beauty is not like these small stones.

In addition to memory, what can’t take it away either. I only take a few beautiful small stones. 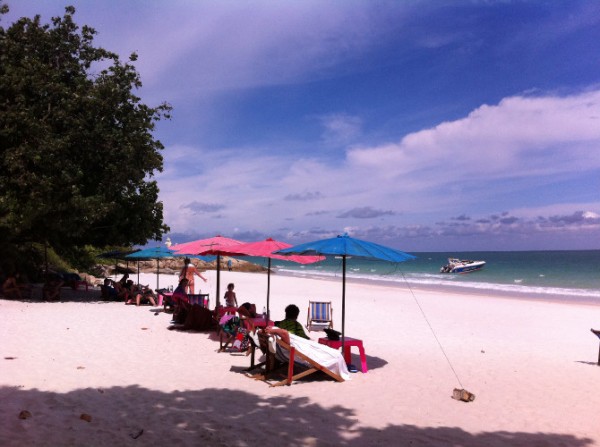 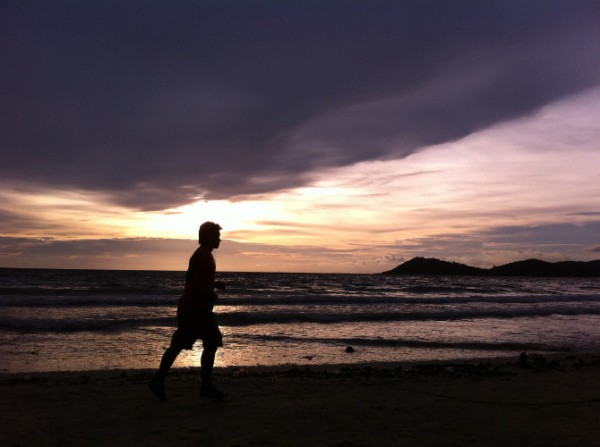 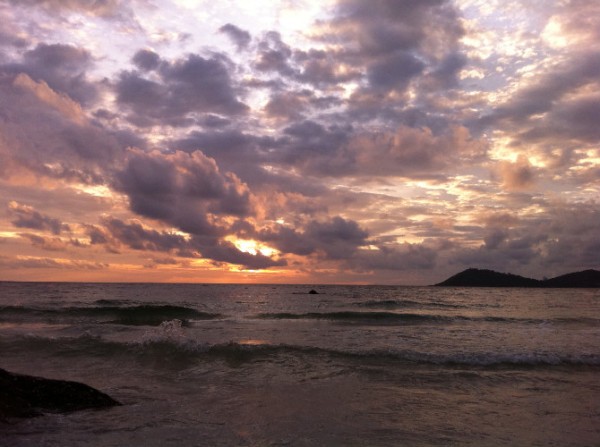 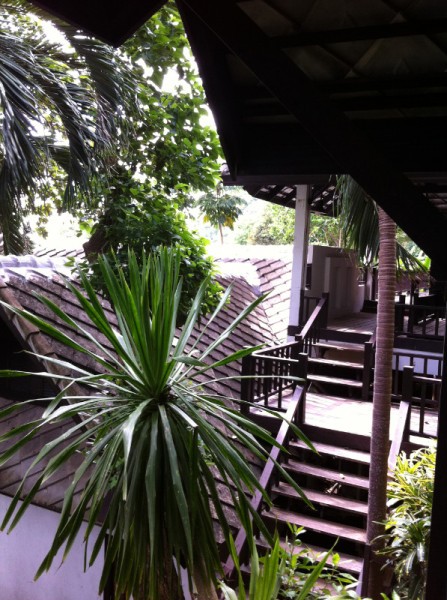