Why is Buddha so big? Because he is so great.

Why is Buddha so tall? Because he is so high.

On the second day in Thailand, I visited three Buddhist temples in Bangkok and visited the Chao Phraya River by the way.

Thailand’s Buddhist culture is both familiar and unfamiliar to Chinese tourists who belong to the same Eastern culture.

Of course, we are very familiar with Buddha statues, Buddha halls, incense fills the air and monks chant sutras. What is strange is the unique spire of the pagoda, the spire that goes straight into the sky, and the devotion of Thai citizens to Buddha.

In China, converting to Buddhism is often a helpless act, and incense is only given to Buddha to “pray for the blessing of Buddha”. In those days, Tang Xuan dressed up to learn from the scriptures and took the scriptures of Mahayana Buddhism. In Thailand, there is no doubt about Buddha, and everyone is proud of being kind and generous. What prevails in Thailand is Mahayana Buddhism.

Unfortunately, the first impression of Buddha in my youth turned out to be negative: you may have seen the movie and ballet “White-Haired Girl”. There is a classic scene in it: Huang Shiren’s old mother, a bully landlord, persecuted maids while twisting beads. She is a real “bad guy”. How many years later did she realize how abominable brainwashing this is! The catastrophe of the Cultural Revolution destroyed the Chinese Buddhist culture completely! When the real Buddha was driven away, the fake Buddha naturally came on stage.

Also, I read the classical novel “Water Margin”, which contains some dignified images of monks who are thieves and prostitutes.

Also, Taiwan TV series “New White Lady”. The monk Fahai, who was wearing a cassock and beads, was criticized for his actions, and even the cassock and Buddhism were hated together.

There is a saying in China: Sutra is good, but it is misread by crooked mouth monks.

It was not until I came to Thailand that I woke up like a dream to witness the solemnity of the Buddhist temple and the people’s belief in Buddha. 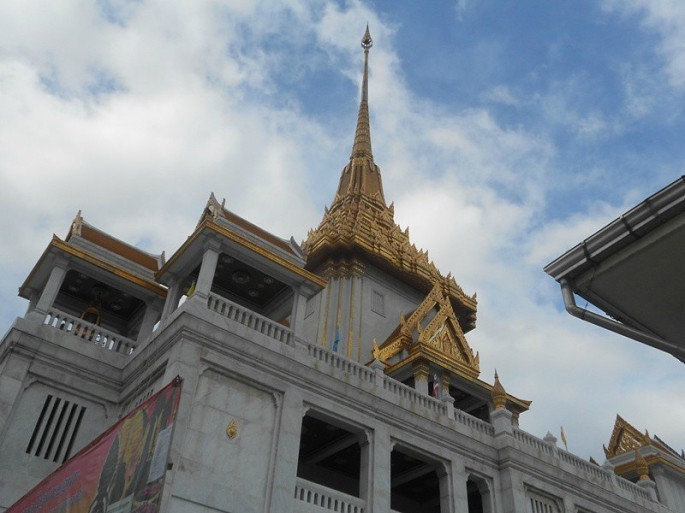 In the Sleeping Buddha Temple, the size of the Sleeping Buddha is huge, with specific figures: 46 meters long and 15 meters high. Entering this grand Buddhist temple, besides marveling at its grandeur, one should ask oneself a question: Buddha, why do you lie down?

In my impression, Buddha is sitting upright. Buddha, how can you lie down like a tramp?

The reclining Buddha, translated into English as “Reclining Buddha”, is actually “passing away”. In other words, the Buddha’s lie is different from that of ordinary people. It is the Buddha’s body that emerges into Buddha. After returning home, I checked some information as follows: 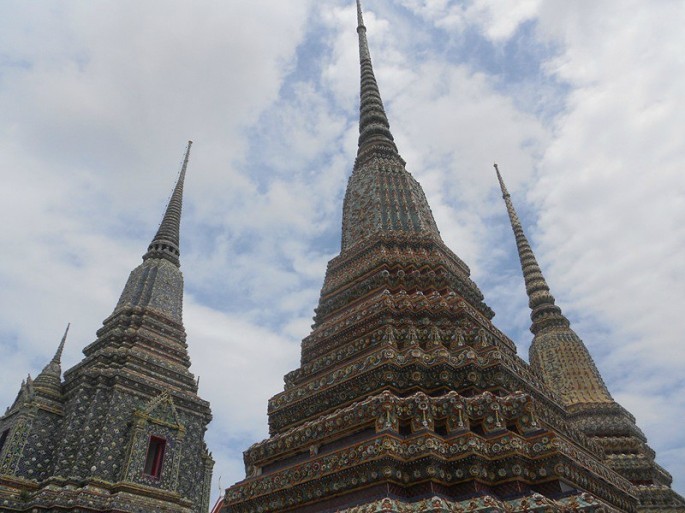 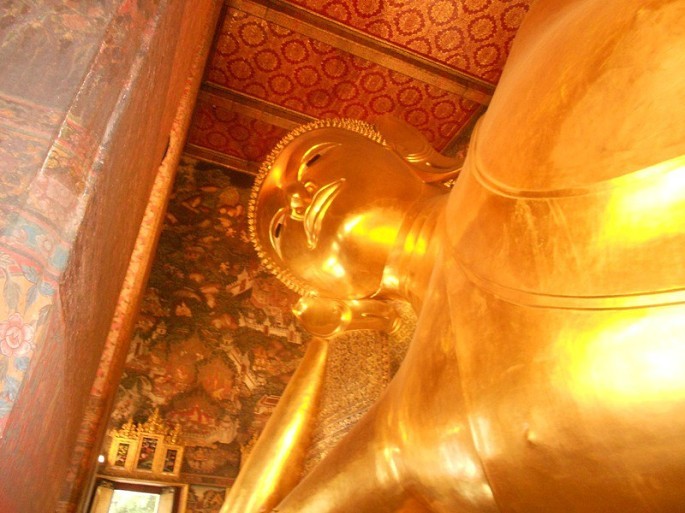 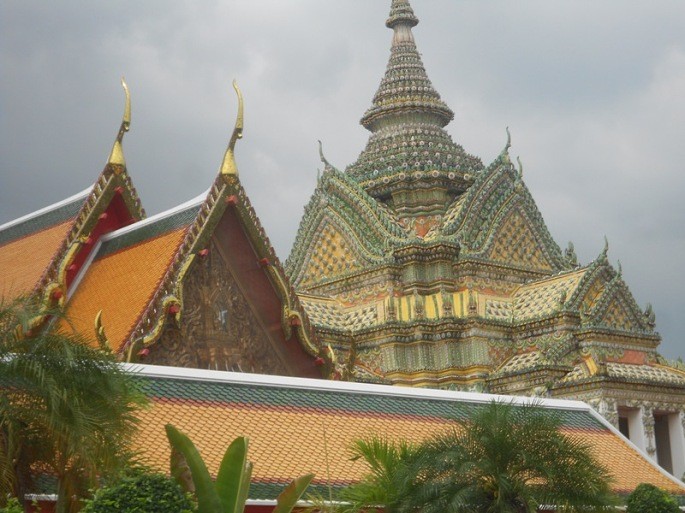 In Jinshan Temple, with reverence, I climbed up the coiled steps and finally climbed to the highest Buddha Hall. In this quiet Buddhist land, you can overlook the whole city of Bangkok. Looking around, a Zhaopaye River (Chao Phraya River) runs through downtown Bangkok. Modern high-rise buildings and Buddhist temples set each other off brightly. Modern civilization and millennium religion coexist harmoniously in Bangkok, an eastern city.

As I came down the high steps of Jinshan Temple, I crashed into a group of Admiralty on the roadside. The loud bell startled several European foreigners in the same trade. One of them gave me a look as if to blame. I know foreigners are used to keeping quiet in public. So I told them in English: in the Buddhist tradition (by BuddhismDoctrine), believers strike the bell to show their reverence for Buddha and to carry forward the Buddhism. The more so, the more blessings they will get from Buddha. Hearing this, several foreigners’ eyes brightened and as I struck more Admiralty…….

Go, go to Paizhen and recover your long-lost childlike innocence.

The First Impression of Thailand-Bangkok