In the early morning of the 10th, the plane landed at Langman International Airport, slowing down the time by one hour and officially entering the Thai mode.

Just like when I crossed the customs in Vietnam, I saw Chinese tourists spontaneously squeezing money into their passports in order to please Thai staff to pass the customs smoothly. Angry. To be honest, I am not angry with Thais, but with some Chinese! Fellow countrymen, why are your bones so soft!

The exit from Langman Airport is Langman Railway Station, from which you have to take a train to Dacheng. At first glance, I was taken aback at the sight of this railway station. Cultural shock came on my face.

Where does this look like a railway station? There are only canopies on both sides of the railway tracks, which are not closed. They can enter and leave at will. There are no ticket inspectors, and there is no magnificent waiting hall. When the train arrives, just buy your own tickets. How can the railway station be so simple? This is the airport and railway station where tourists from all over the world come and go. According to some people’s plausible words, this is the “image” of a country. It took a long time for people to react: If the waiting hall is not built, taxpayers’ hard-earned money will naturally be saved and spent in useful places. People’s freedom to travel will be guaranteed. You may worry that some people will not get on the bus without tickets. However, the probability of such a thing happening is extremely low. There is only one reason: a Buddhist nation does not grow grass in its heart and cannot learn to cheat.

The color of Thailand’s railway station is purple, and the train is also purple, which is very distinctive. Why do you want to paint it purple? I have always wanted to know, but I didn’t get the answer because of the language barrier. 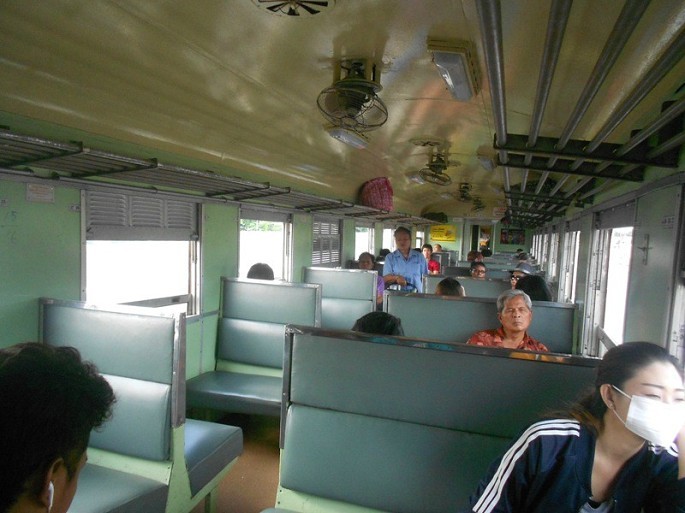 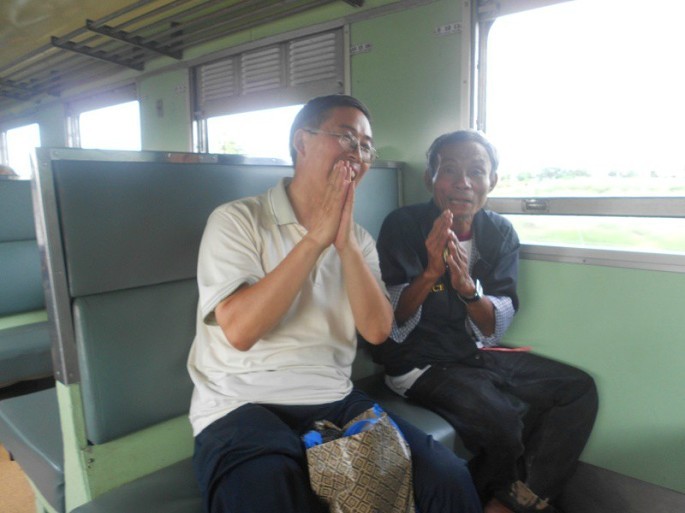 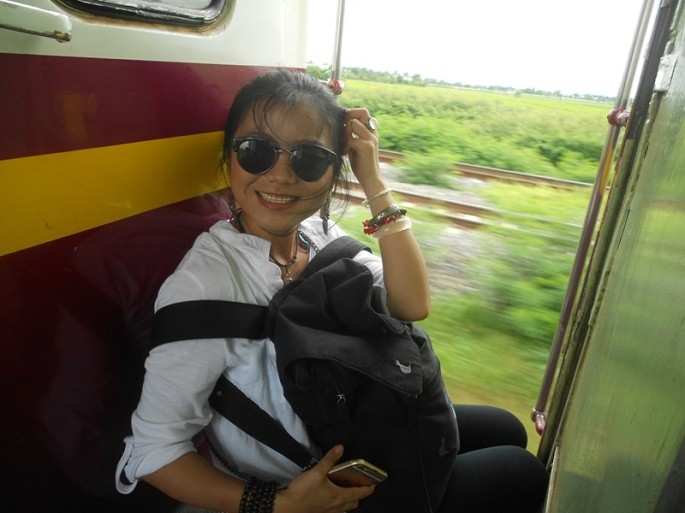 On the simple train, I met a kind old Thai man, who earnestly taught me the Thai greeting in how. Thailand’s trains are not closed and the wind is blowing straight inside. On the steps of getting off the bus at the junction of the two carriages, I found a Chinese sister sitting there, which startled me: the train was speeding, and this sister was extremely bold! She was wearing sunglasses, and the wind had messed up her hair, showing a bold and unrestrained wild beauty.

Many people describe the big city beautifully in their travel notes, but it has given me many disappointments and melancholy.

First of all, I came mainly to the floating market here, and three British girls followed me to look for it. However, on a hot day, I looked around and even asked the local people. As a result, there was no such place!

In desperation, go to the ruins of the pagoda in Dacheng, which is a long way from the railway station. First, take a ferry to cross a river in the city. The river is turbid and piles of water hyacinths are floating on the river. 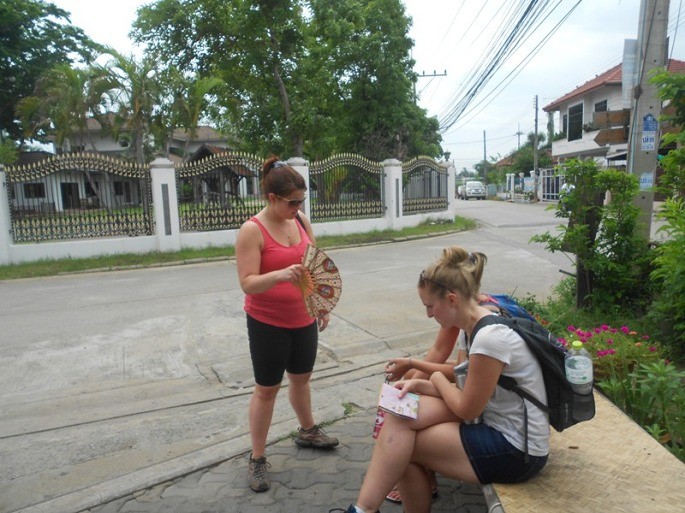 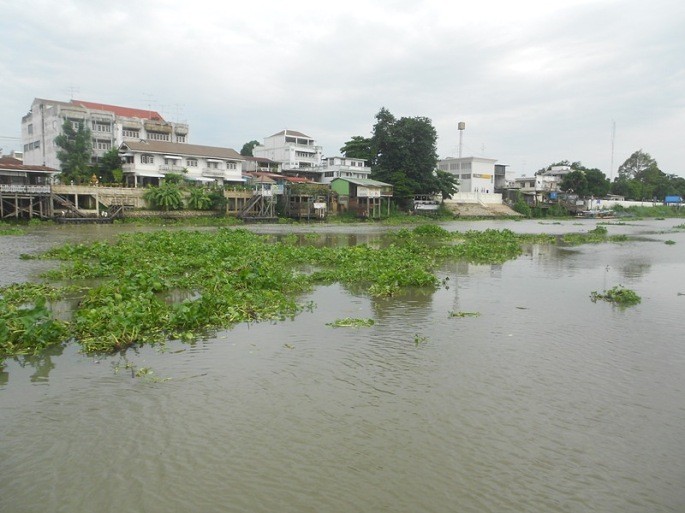 It took a long time to get to the ruins park. The park is not closed, but tickets are charged at 300 baht.

Like the holy land of Meishan in central Vietnam, the heyday of religious incense in the past was destroyed by war and politics. Broken walls shows that “wind and rain always blow away the wind”. I did see an old tree accompanying it beside a dilapidated pagoda. The pagoda is already dim, but the old trees are flourishing. Seeing this, my heart moved and I stared at the scene for a long time, seemingly realizing something. 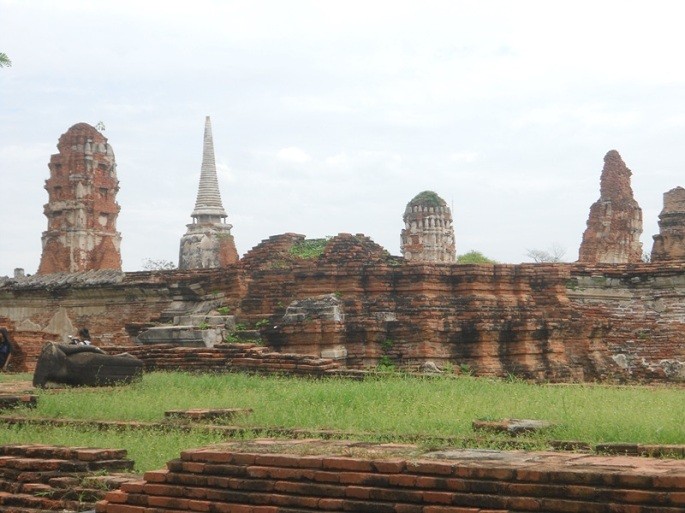 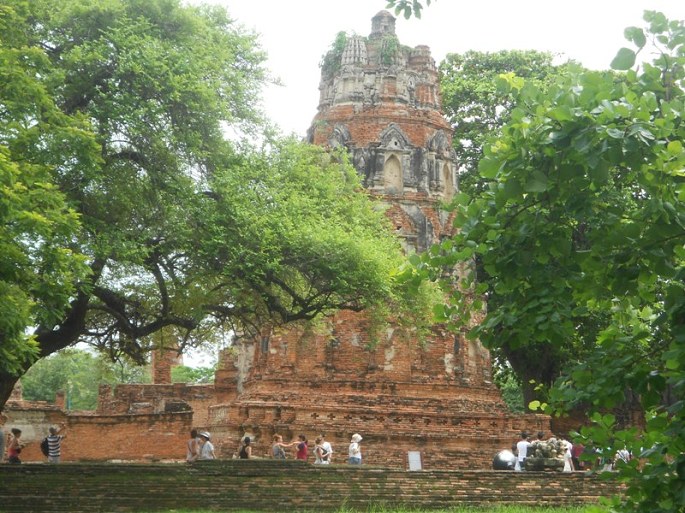 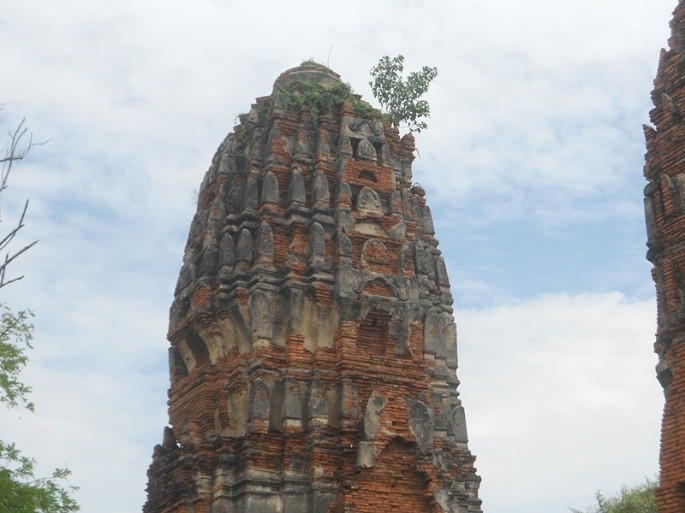 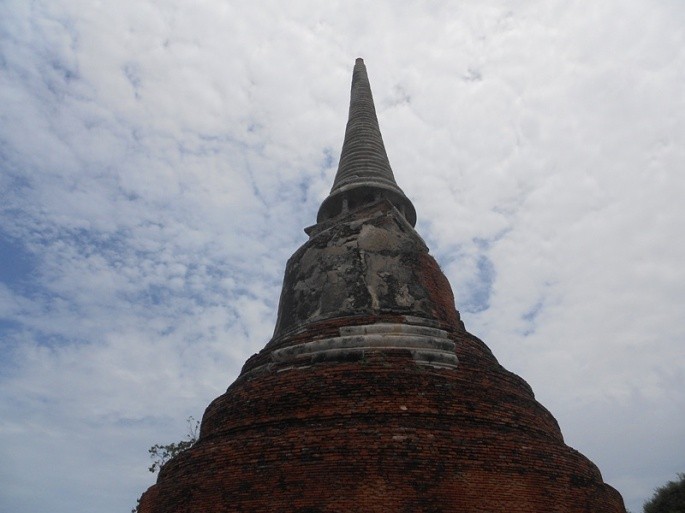 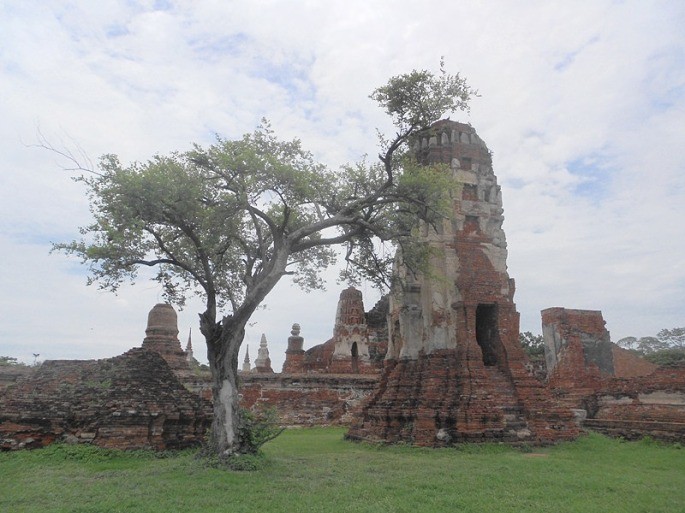 Conservative and Open: Thailand, are you a country in how?