Sadi once said: “Travel has many benefits: full of freshness; What you have seen and heard is wide open. Watch the joy of Xindu City; An encounter with a strange friend; Can learn all kinds of elegant manners. “

Sometimes what people say may not be all right, but in a sense, a considerable part is still trustworthy. This experience trip to Thailand can prove that Sadi’s words are still credible.

At about 6: 45 a.m. On February 25, “fresh and full of” and “strange friends” met at Shanghai Pudong Airport. I met Ha Mei and Blueworld who had been waiting there for a long time, the wind falling with the leaves and the colchicine Danfeng who arrived later, and of course Xiaoyan Beauty from the Shanghai office of the Thai Tourism Bureau, which officially started our experience tour in Thailand.

At 1: 00 noon Bangkok time, we got off the plane and were greeted by the inexplicable sweltering heat. Of course, this sultry heat may only be a feeling for me from the northwest. Fortunately, I soon got used to this boring heat.

As we sat up to pick up our tour bus, our guide, Peter Pan, gave each of us two packs of lunches for lunch. Due to time constraints, the station wagon did not go directly to the hotel, but to BMK, a famous supermarket in Bangkok, the first stop of our visit. After sitting firmly in the car, Pan Dao began Lao Sa’s interpretation of what elegant manners are in the benefits of travel. 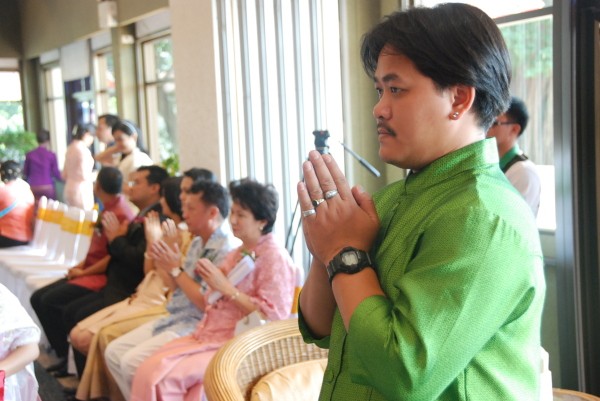 Thais, who are generous, gentle and polite by nature, do not shake hands and say hello, let alone kiss and bear hug when meeting. Instead, women fold their hands and say “Shawa Drip Card” and boys fold their hands and say “Shawa Drip Card No” (the last word is just a lip collision and cannot be too explicit. Ha ha). This palm-folding greeting is called “Wai” in Thai. The practice is to raise both hands to the chest, and the palms merge but do not fit, just like holding a ball of cotton in the palm. At this time, the shape of the hands is like a lotus flower in bud. On different occasions, when facing different people or things, the approach of “Wei” will be different. For example, when greeting peers, the fingertip is not higher than the chin after folding the palm. When giving “prestige” to elders, one must lower one’s head and let one’s fingertips touch the tip of one’s nose. When showing respect for noble objects such as respected elders, raise your palms to your forehead. When Thais meet monks or Buddha statues like Buddha, they kneel down, fold their hands and worship with their foreheads touching the ground. 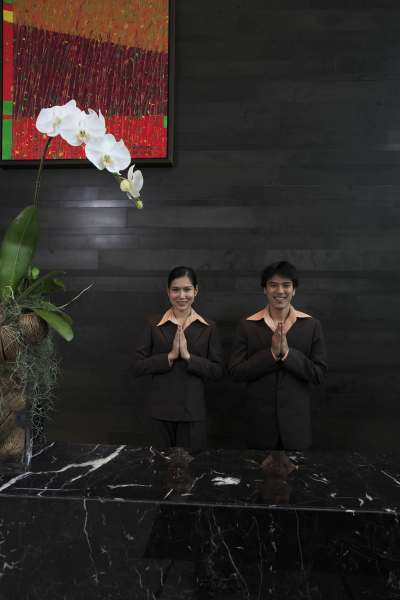 Generally speaking, when peers give them “power”, Thais will repay them with “power” gifts. However, if the younger generation shows “power” to the elders, the elders do not need to return to “power”. Some only respond with nods or smiles. In addition, monks and royalty nobles will not return the “power” gift to you after you “power” them. “Wei” is not only a way for Thais to say hello, but also an act of respect. Later, during our trip, we also found that the actual effect of this “Wei” is by no means comparable to that of Harrow.

Listening to Peter’s introduction to Thailand’s history and cultural customs, our car has already entered the parking lot of the supermarket. Our parking lot seems to be just a rest place for motor vehicles, but motorcycles here also have their own land of one acre and three parts. BMK is not a high-end supermarket, but a civilian supermarket in fact. The goods in it are very popular and full of beautiful things in eyes. Perhaps it is because I am not interested in shopping in what. Only when I came back did I find that there were only 3 photos of me in this shopping mall. 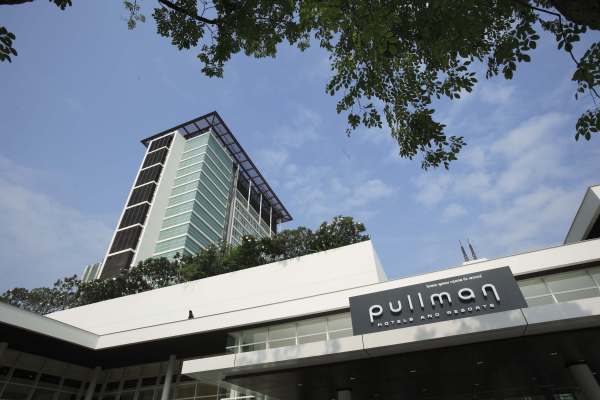 Walk out of BMK and drive to Pullman Hotel, our first night in Thailand. The hotel is new and modern in style, with many facilities, including spa, large outdoor swimming pool, fitness center, and many conference rooms and lounges on the executive floor. It is truly an international chain of five-star hotels. The traffic should also be good, because BTS light rail is on the side. The hotel lobby is spacious and open, the service is first-class, the room decoration is very felt, very modern and exquisite! The bed is also comfortable and the indoor alms are very complete. I can see that the hotel is very humane, such as preparing irons, iron boards, umbrellas and so on for guests. To say the deficiency, it should be the lack of some Thai characteristics. Since it is an experience, you have to give it a try. So you must call the front desk. Of course, this is also convenient enough. The card on the side of the telephone has a detailed explanation. A 5-dial what has been solved. 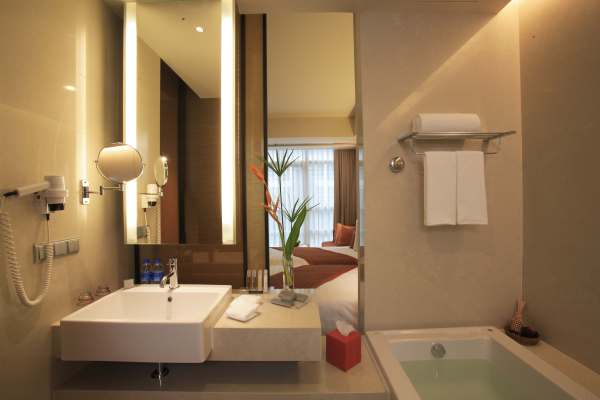 It is worth mentioning the hotel’s hygiene. There is a device on top of the bathtub to cool clothes and ropes. This little thing really took me some time to understand. When not in use, it is the gadget. When in use, you can pull out the rope hidden inside. There are hooks on the other side of the bathtub. Hang it on the hook and a clothesline of nearly 2 meters will be fine. There is another subtle point-mirror. When we look in the mirror, we only see the front, but we can’t see the back. Here, you don’t have to worry about it. The above two details can be seen in the above photo. As for other conveniences, let’s not talk about them, but look at the photos provided by Pullman Hotel. 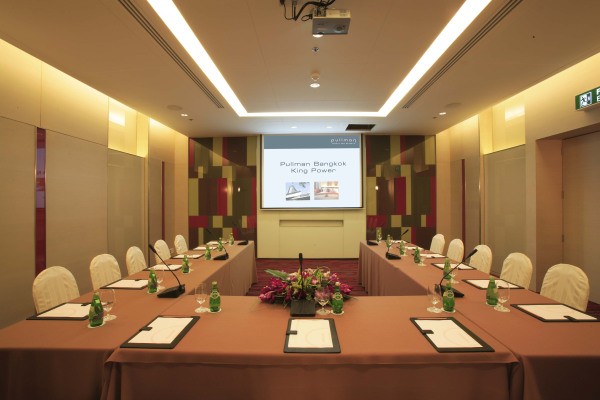 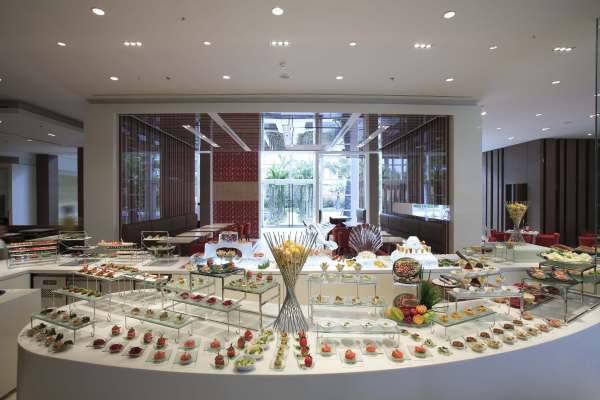 I am not interested in eating, so 300 words of dinner are omitted here. Now go straight to Bangkok Chinatown, the last stop of the first day of Thailand’s experience tour. I have been to Chinatowns in many cities, such as New York, Washington, Philadelphia, Chicago, Boston, Vancouver, Melbourne, Sydney, Rome, etc. However, there is really no one comparable to the excitement in Bangkok. Bangkok’s Chinatown is small but fine. The streets less than 2 kilometers long are full of bird’s nest and fruit stalls. People who eat food taken late at night or snacks here can be said to be densely packed. Looking at so many families tasting delicious food here, I was thinking: It seems that Thais have a really casual life. 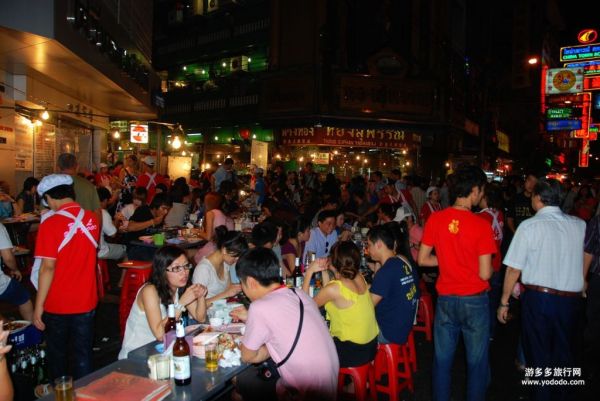 The one-hour stroll in Bangkok’s Chinatown also ended our first day in Thailand. It is worth mentioning that some people began to have the desire to snap up “LV” while wandering around Chinatown, and this desire deepened day by day in the next few days. But it was not until the last day before I went to the airport that I bought these “LV in cloth bags” at Pattaya’s Central Festival after giving up the group wedding dinner at Dongba Paradise. 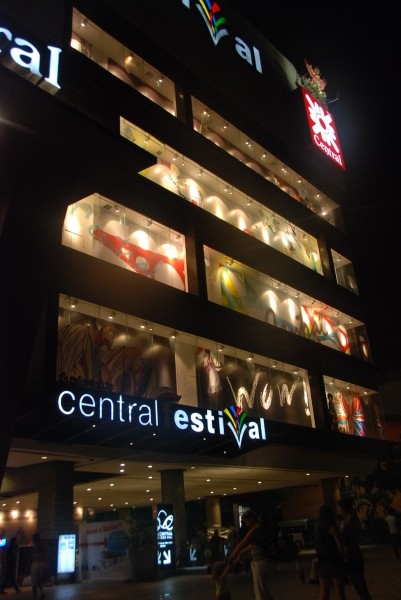 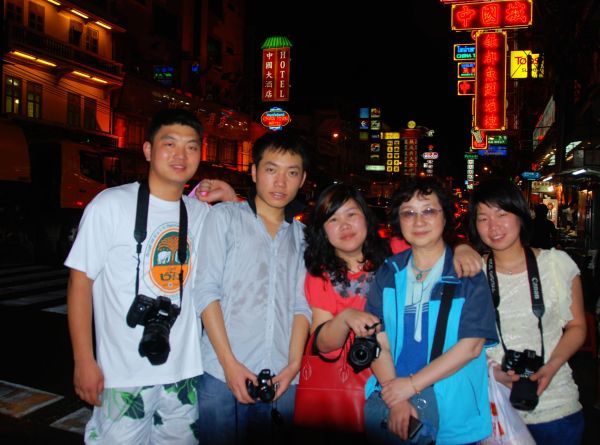 Lotus, and smile-for the night, for beauty