The City that Never Sleeps-Thailand’s Chinatown

Where there are people, there are Chinese, Where there are Chinese, there will be a Chinatown. The same sentence also works in Thailand, There is also a Chinatown in Thailand, I wanted to finish dinner and visit Chinatown quickly. But he heard Peter say, Don’t worry, Chinatown is more and more lively as it gets late. It is a street that does not last night. In Thailand, the real money is still the Chinese. The diligence and hard work of the Chinese are clearly reflected in Thailand, but the Chinese have also been well accommodated in life in Thailand. Take him as an example. His family has been in Thailand for three generations. He himself has married a Thai woman. He has never been to China. When he talks about Thailand, he can feel that he regards Thailand as his real home. He understands the culture there and is completely a Thai way of life.

At nine or ten o’clock in the evening, We came to Chinatown in Thailand, Facing us is a string of red lanterns with Chinese characteristics. You seem to have come to China in the 40s and 50s. Shop signs everywhere are basically marked with Thai and Chinese characters, Chinese-based, At the same time, the noise is fully reflected here. The whole street is dominated by stalls, and lampblack also fills the street. Chestnuts are fried with sugar fried by machines, and 300 large bowls and 200 small bowls of bird’s nest are hung everywhere. In China, bird’s nest is worth 100 times as much as that of expensive people, but it is reduced to snacks on stalls here. I can’t believe the cheap ones. Unfortunately, I was too full for dinner and really had no stomach to hold it. 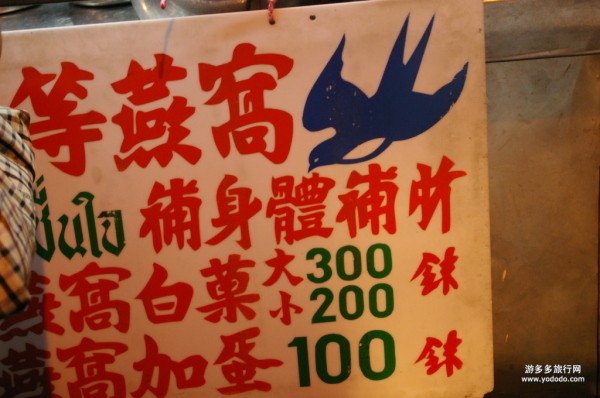 There are stalls and hawkers on both sides of the road, and the cars are still speeding in the middle that are not affected, and the diners sitting on the side of the road are not affected by those cars. Your mind will pop out: Is there a chengguan here? Can anyone manage this street? It’s hard to imagine in our city, There was so much noise on the roadside, Peter said that if you could speak Chaozhou dialect, There is no problem communicating here, Many of the Chinese in Thailand are Chaozhou people who went to make a living. They grew up here from generation to generation, In fact, Putonghua there is still very difficult to communicate. When we bought pomegranate juice, the peddler he met suddenly popped up while watching our discussion. Hello, let us be delighted. In fact, he can only simply tell us how much this pomegranate juice costs per bottle, and in-depth dialogue will not work. He can only look at us with a smile.

I followed “LV” into a shop selling meat floss. Shopkeepers still talk in Mandarin. You can taste the food in their shops. If you feel satisfied and buy it, if you don’t like it, the owners won’t take pains to introduce it to you. These shops look like old shops. It will say how many years they have been operating. These shops feel like old shops in Hong Kong. However, due to the language barrier, I did not have much desire to buy (this “LV” is a handsome boy from Yangzhou, He publicized Thai cloth bags with us from the moment he got off the plane to the moment he returned home and boarded the plane. It was said that the cloth bag was the “LV” in the cloth bag. Because of his vigorous publicity, we bought a batch of “LV” cloth bags before we came back. At the same time, he visited Thailand three times and learned about every different snack in Thailand. He almost bought a batch of Thai characteristics in a sack and returned home. It was also a pity during my trip that he did not follow his purchase.) 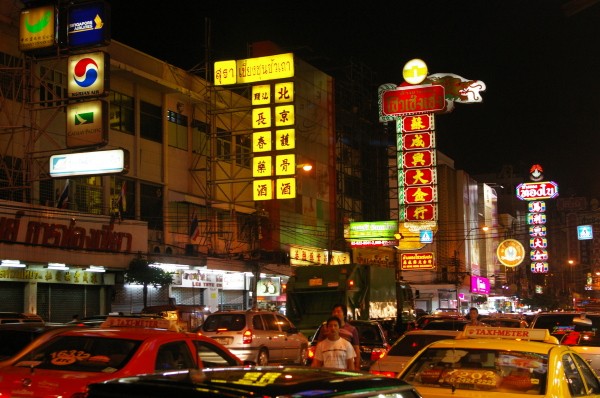 Chinatown has its own hubbub and clutter. But the peddlers in Chinatown have different expressions, Each runs his own life, We once stopped in front of a beautiful durian woman for half a day. Looking at her skin, she was surprised and collectively gave her the name of “durian Xi Shi”. In our discussion, durian Xi Shi always opened durian and sold durian according to her steps, with a faint smile on her face. She was not upset by our impoliteness or delighted by our praise. However, the people on the side will come and talk a few words because we are surprised to understand Chinese, and some will give a bright smile even if they do not understand the language. 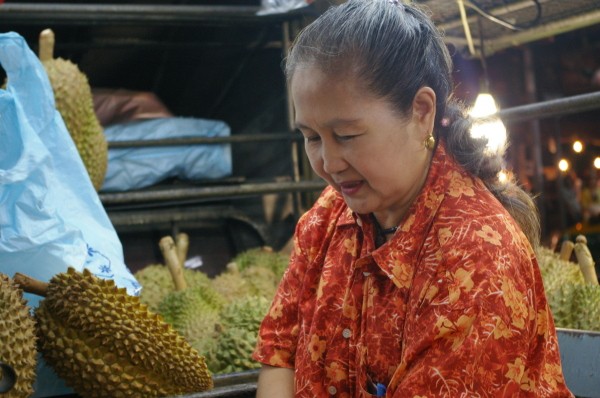 When we left, Chinatown is still full of voices, Darkness has lost its role here. It is still brightly lit here. We have left, but we are passers-by. Although we are Chinese, more of them are Chinese with Thailand as their home. They live in foreign countries and stick to a cultural custom of their own country, but they also accept the cultural custom of their own land. Thailand’s Chinatown is a city that never sleeps and a blend of the two cultures.

Write some words and take some photos to commemorate my slow life in Chiang Mai for one month.

If you come, it will be a harvest: love in pai city, Chiang Mai, Thailand, pai in love