Taida’s Dream-Walking on the Seabed

After living in Supalai for two days, we finally have to leave this place where birds do not defecate. Such a biased accommodation almost made our evening activities come to naught. Leave another read before you leave. You should not come again in your life. When I got on the bus, I found that I didn’t leave tips in the room. Hi, I really didn’t mean it. Chinese people don’t have the habit of tipping. Sorry! 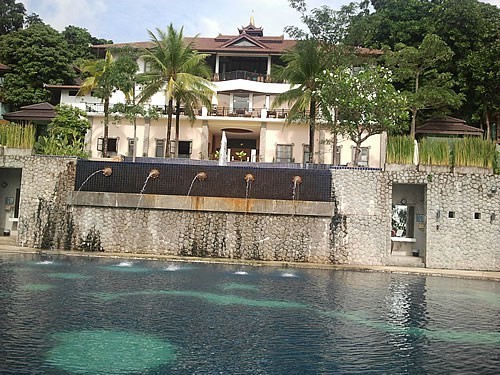 Today’s destination is “Coral Island”. It took another hour to drive to it. One phenomenon was found along the way, that is, traffic police were rarely seen on Phuket Island. I do not know why. There are almost all Toyota cars on the roads. I think this should be related to Japan’s investment before the Asian financial crisis. After so many years, Wall Street’s plot has made the prosperity of investment no longer exist……. 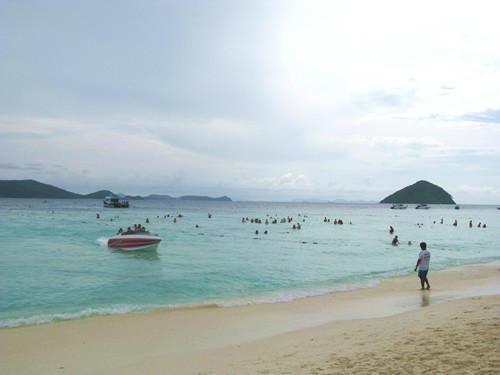 (The seashore of Coral Island)

Today is the first day of the sea. Everyone took off their clothes and put on their swimming trunks and entered the sea one after another. The green sea water clearly penetrated through the bottom. At the same time, there were also a large number of rocks hidden on the bottom of the sea, some of which were pointed upward. Unfortunately, my foot was injured here, with two obvious scratches and dull pain soaked in the sea water. I can’t control so much. The banana boats arranged for everyone during the trip are divided into “turning over” and “not turning over”. The meaning should be guessed from the name. After looking at the left and right, there are almost not many people standing in the ranks that do not turn over. Forget it or follow the mainstream. Turn over once…….

The banana boat itself has no power. It is pulled by the speedboat in front of it. When turning, it depends on its own inclination to control its center of gravity. At the end of the circle, we were smug about reaching the starting point smoothly when the sailor turned sideways and the whole ship fell into the water. It turns out that this boat is such a way to turn over! Gollum ~ ~ Gollum ~ ~ salty sea water! Somebody pull me! No! Help me ~ ~ ~ ^ _ ^ 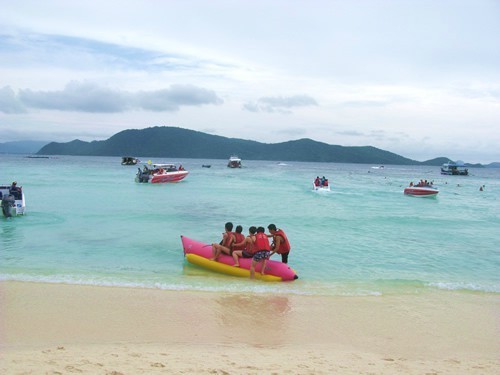 The next undersea walk is a self-funded project, 1600 baht. The waiter puts on a large hood for you, which is continuously filled with oxygen. Since the head is not soaked in water, it can breathe as normally as on land, and even the hairstyle will not change! Ha ha ~ ~ then we were brought to the bottom of the sea one by one. Wow ~ ~ oh! ! ! The world at the bottom of the sea is different. Many small fish surround you and swim around. When you hold a piece of bread in your hand, all the small fish will surround you to grab food. What a spectacular sight!

Tired of playing, I went to Phuket Island in the afternoon to watch “Four Sides Buddha”. As the name implies, each side in the southeast and northwest is said to be very effective, and all four sides should be worshipped. 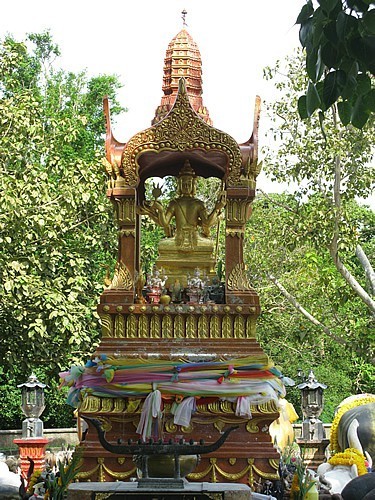 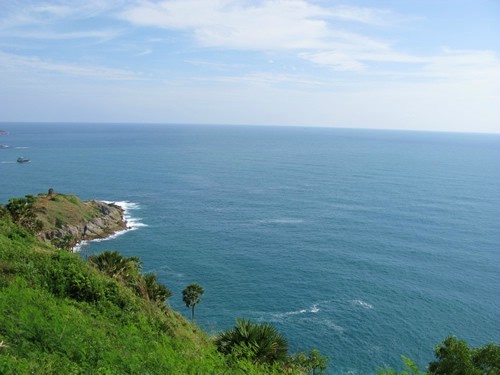 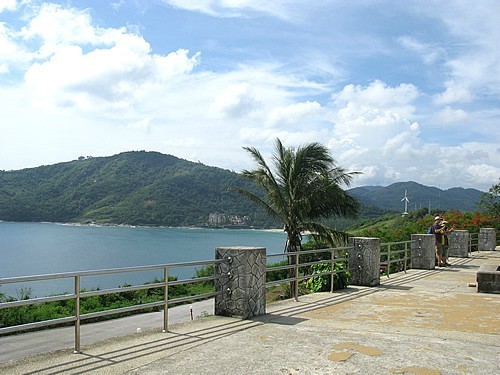 (Go down here for afternoon tea) 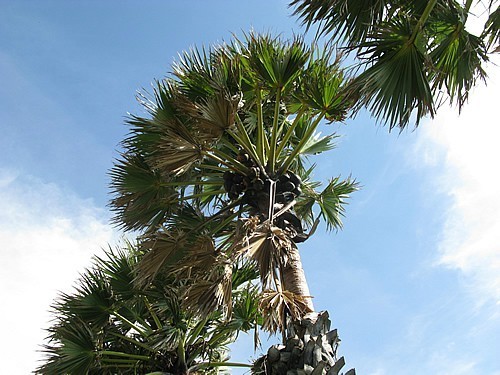 (There are coconuts on the trees)

Afternoon tea in the sun, for the first time. I found a place where I couldn’t get the sun, ordered a cup of iced coffee and tasted it slowly. Perhaps this is the biggest mistake in itself. It is easy to suffer heatstroke when it is hot and cold. Only after returning to the hotel did I really realize this. 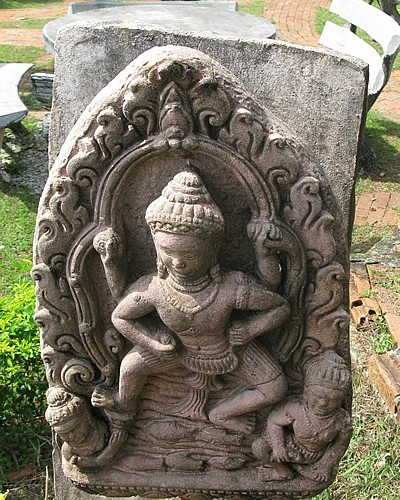 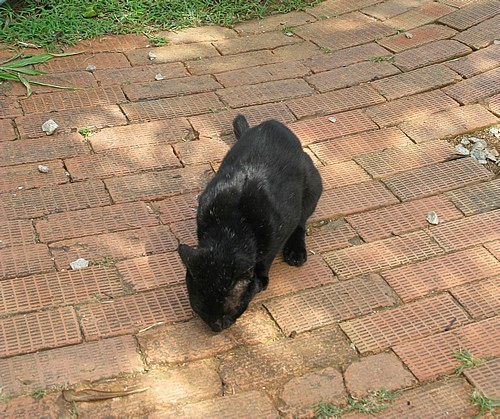 After drinking tea, we set out to watch the animal show. Elephants and monkeys were also very lively. 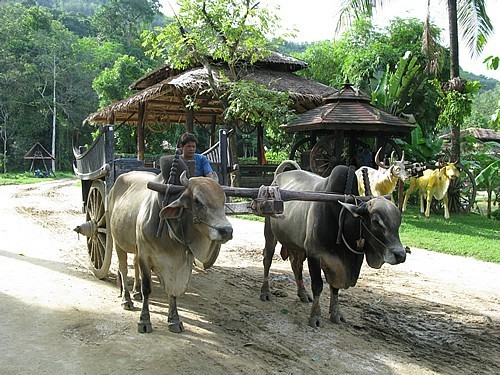 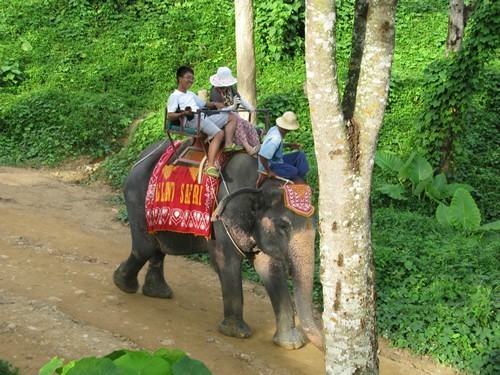 (The elephant we have ridden before is really unstable.) 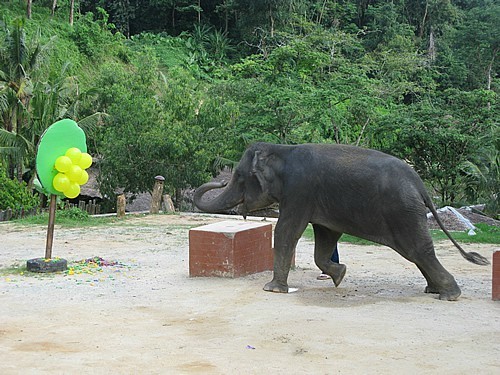 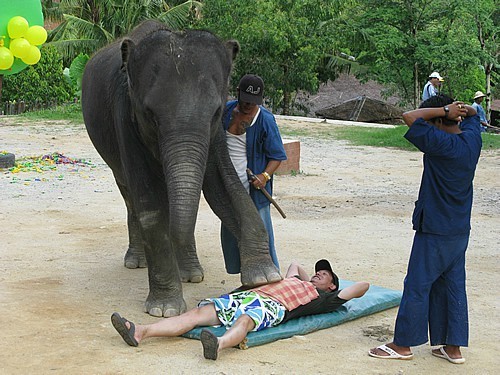 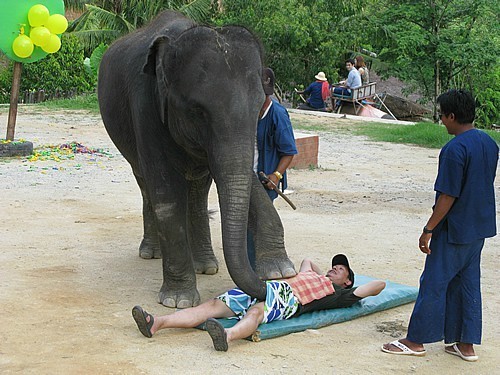 Today’s activity was very full. I didn’t have the strength to go back to the hotel. My body began to be abnormal. I became hot ~ ~ ~ cold ~ ~ finished ~ ~ I fell asleep with a thick quilt.

There is no danger-the experience of renting in Thailand