There are many company windows selling tickets at the ticket office. I am not sure. I asked the local tourists and bought 626B tickets to Puji Town at 7 o’clock the next day. Apart from delivering water and snacks, I went to the rest station to manage meals on the road. The vehicles were also quite comfortable. The seats could be placed very low and there were feet. Behind me sat a big monk who did not stop talking and laughing. He was a little bored. In Thailand, monks were superior. In my eyes, he is a page.

One thing happened when I got on the bus. A * * in the first car actually greeted me in vibrato Chinese, claiming: Tian Tian, leave a phone call to each other and say Phuket can play together. I thought it was just a group of ordinary travelers. I was very happy. As a result, the next day she connected her two phone calls and asked me where I was. Only when I went to KTV for a drink did we realize that I might be a sex worker. So when she called me the third time, she clearly told me that she was playing with the scenery and the others had no energy to play.

On the morning of the 26th, I arrived in Puji Town. There were good asphalt roads and road signs. I went to the supermarket to buy water and ingredients, and then went to the pharmacy to buy alcohol. . . It seems that the Chinese in the town have a great influence and see many Chinese buildings. I rode all the way on the east road and saw the mud sea when I arrived at Sapam Bay. There were almost no tourists and many boats ran aground, which seemed to indicate that it was also a scenic spot. On the coast, I saw a line of people coming out of the sea to collect net cages. I had some fish and crab harvest. A colorful flag fluttering, is rushing into the sea, very strange feeling. Is that the position of the ancestors, facing the east end difference is not too much. 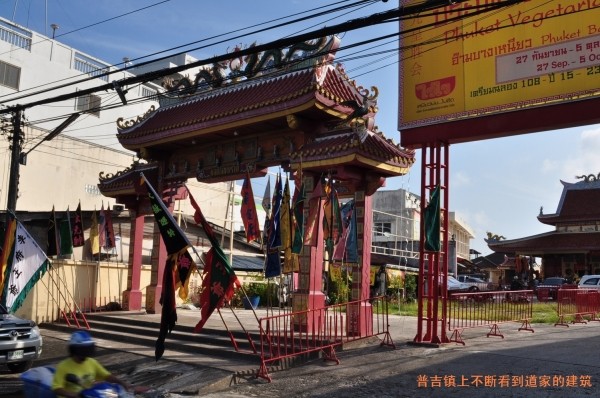 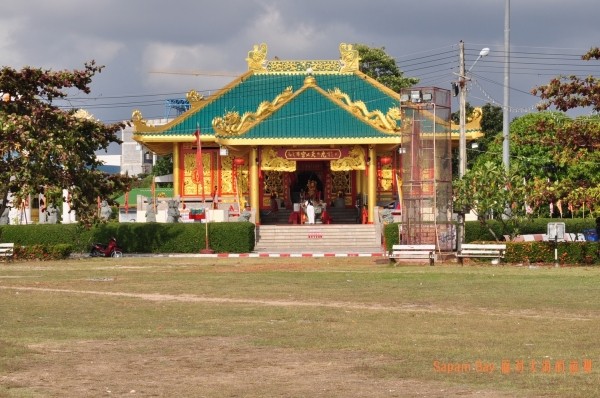 On the morning of the 29th, I will take AirAsia to Bali Island. For three nights in Phuket, she is a long peninsula in the north and south and narrow in the east and west of the Andaman Sea in the Indian Ocean. According to the plan, I will ride my bike from the eastern beach to the southernmost Promthep Cape (a famous sunset attraction) and turn to the western beach to look at it. I will pass through many beaches and bays, and the riding distance should be less than 200km. There are still many places to play freely. In the early days of the east, there were no sea or tourists. There were only a few motorcycles on the road. Apart from the ferocious sun, it makes sense that many Chinese shops make you feel that they are somewhere on Hainan Island.

At nearly 11 o’clock, I turned to Chalong Bay on my way. What a Chinese name: Changlong Bay. The sea water is milky blue (ha ha, no appropriate word). There is a long bridge extending into the sea. Many branches can stop large and small ships. Although it is not a bathing place, it is also very beautiful. The sea water really wants to jump off the bridge and merge into her arms. There are minibuses dragging tourists to take boats here. They should go to Phi Phi Island. Boats of all sizes are still quite attractive! 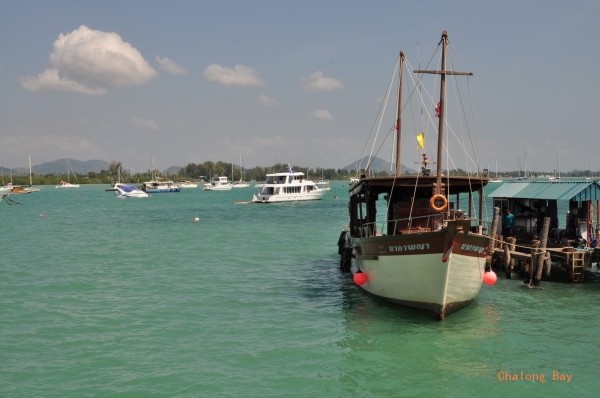 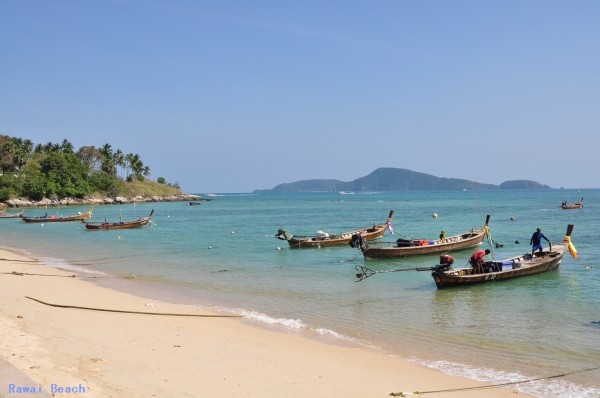 The following is to push along the coast to Rawai Beach, which is very beautiful. It goes deep into the coast where fishermen inhabit. Fishermen repair boats and clear nets, smile at each other and nod in greeting. A young mother with 4 or 5 children is practicing fruit and eating under a tree. I find a secluded place to put down my luggage, change swimming trunks and jump into the clear water to cool down. A little child stretched out his hand to eat, gave him a key chain with a lamp, and later brought a big child to do the same. There was nothing to give, but it was still a key chain. The big child said thank you. I tidied up my clothes and considered where to cook in the pan. I didn’t see tap water. The child appeared again, stretched out his hand again, and his mood was ruined! Raise your voice and stare at the child, scaring the ghost boy away. Sichen is not convenient here, so I went on. I saw desks, chairs and faucets on the side of the road in front of a seemingly bar. I wanted to hit the tip here, but I didn’t see the owner. The store should be open at night. I was thinking about a middle-aged woman going out. I was busy telling me that I wanted to use water and could pay some money if I took a rest here. She is very polite, let me help myself, Free!

It is good to simply burn broth with vegetables and rice noodles. In the middle of the trip, I went to a small pavilion selling tourist souvenirs. The husband and wife divided their work. One went to the beach to peddle, and the other set photos of tourists into photo frames embedded with small shells in the pavilion. The shopkeeper pointed to the set photos of lovers and told me: Japanese and Korean. . .

These are things that you can’t understand when traveling with a group, and these scenic spots are not well known to all, but let you have more contact with the local people. . . After eating, clean up and continue to run to Proshan Corner. The road gradually entered the mountain area. The shade blocked out the sun and it was cool. It did not dare to rush downhill and could not ride uphill. Push it, it is easier than walking in a backpack. Since I first rode in Qaidam last year, I have fallen in love with bicycles, but I haven’t learned how to shake uphill. When I go downhill, the road here is narrow and curved, and I dare not take brakes. Let’s endure pushing uphill. There is more time! When I pushed too much, I thought about the skill of shaking uphill told me by the boss of this big bank. I rode it from time to time, but it was still to no avail and I was exhausted. I saw the front and rear two devils slowly shaking up. I was not in a hurry to get angry. Twenty years ago, my friends were the same! After 20 years of riding, your body shape is estimated to be the ball, and it will take a lot of effort to roll up! This is convenient to take photos. When tired, I stopped drinking water to take photos. I also met a chained elephant. A devil came with Mao Wa on a bird and fed it long root sweet poop. When the elephant faces you, you have to retreat. It’s too big! There is also the Thai Boxing Hall, which attracts young white people. These babies are curious. They are the consumers that the local people like. In the temple, you can see them tackling the elders and watching the elders carefully and chanting to him. I don’t envy the Great Bodhisattva and the Great Immortal anymore. I will walk around and play with free people! 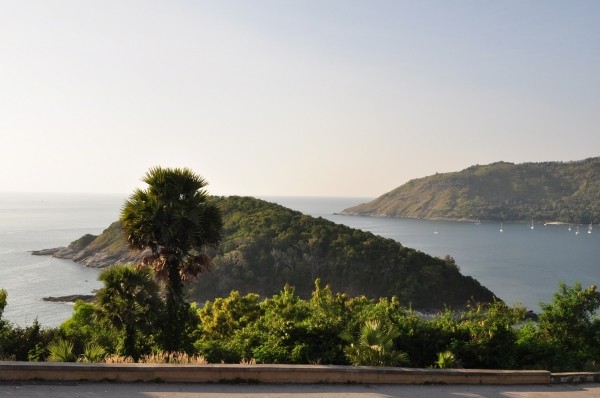 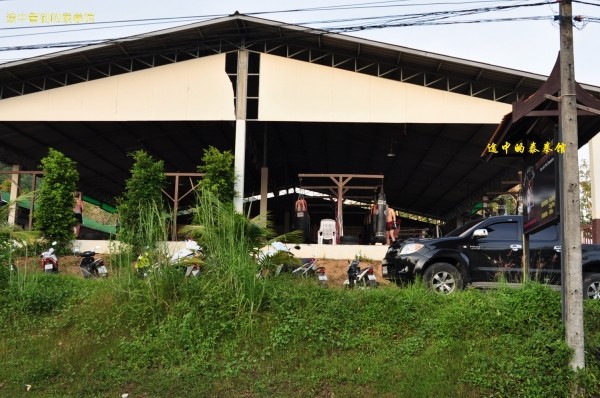 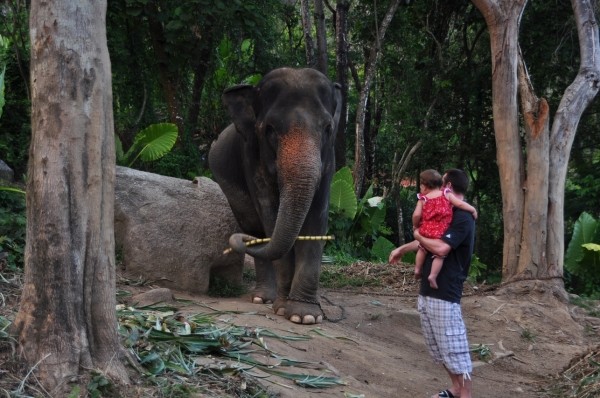 Under the foolish thinking, I have encountered many tour buses. I must have arrived at Proshan Corner, which is also a higher point. I sold a delicious freezing point (20B) and walked to the top. There was a square and memorial hall full of elephant statues. Looking at the sea again, it was as quiet as Ru Ci. 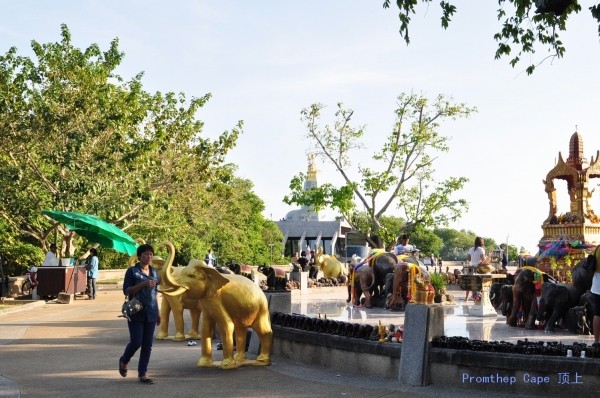 Today, when I will spend the night in Kata Beach and linger on another mountain top, the sky curtain has closed, the bays surrounded by peninsulas below are already flashing lights, and some Chinese are pointing to the second bend: Kata Beach. Fortunately, I went downhill all the way and slipped past. I had to find a guesthouse recommended online. 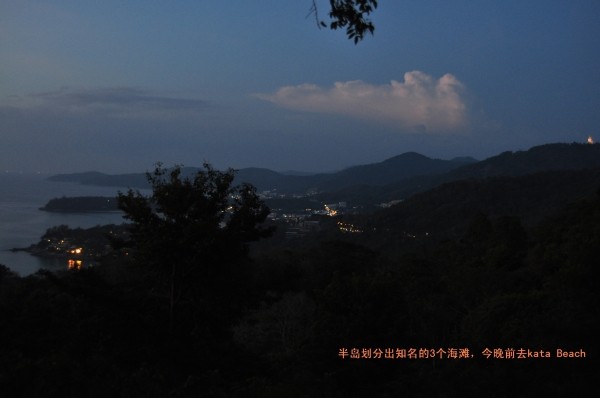