This article is especially dedicated to Xiao Huang, who praised Doudou’s travel notes to Thailand and repeatedly mentioned his favorite.

May this student adhere to the basic principle that both food and slimming should be grasped and both hands should be hard. On the basis of eating all over China, he will expand the food map to Cambodia, Russia, etc. this year and to more corners of the world in the next few five-year plans…….

I don’t know why. I ate a lot in Thailand, but I lost weight when I came back. In the wake of the busy work and family affairs, Doudou succeeded in stabilizing the achenes. Now it is three Jin thinner than before it went to Thailand. It is only three Jin from the goal of 100 points

In the past, whenever friends suggested eating Thai food, Doug’s reaction was nothing more than: Can I change it for something else? ? ? Ah, then I won’t go…

It can only be said that with limited experience, I feel that Thai food tastes strange and is really not my dish……..

Thailand is rich in fruits, as everyone knows. Before going, Cici said, eat fruit and drink fruit juice.

As a result, Doudou set off for Thailand with a solemn and stirring feeling that he was not used to eating fruit.

I didn’t expect that the serious first experience of Thai food was in a small restaurant opposite Chiang Mai University.

On the afternoon of the first day, we came down from the cloudy Sutie Mountain and were placed directly at the gate of Chiang Mai University by two cars.

The small hall opposite the school gate is quite popular, so it is it!

Of course, I’d like Dongyingong Soup. Whether you like it or not is one thing. It is very important to do as the Romans do.

Who knows a few mouth down, incredibly impression reversal, quite like. 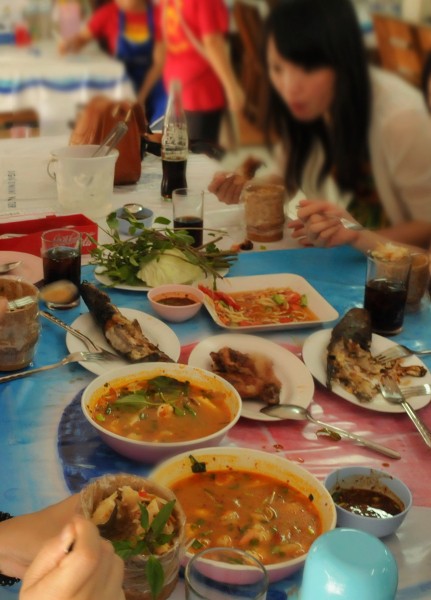 We ordered three plates of green papaya salad back and forth…….

Thai cuisine is quite imaginative. Sour, sweet, spicy and spicy are mixed together. With cola with enough ice, Doudou is satisfied.

Prices in Thailand are really cheap, with less than 200rmb for five people at a meal……

The night market is Doudou’s battlefield, and the biggest gain is: all kinds of fruit shake are really delicious! Fresh and cheap!

Therefore, from one end of the ancient city to the other, Doudou finished drinking cup after cup. At the moment, what’s good tea and all kinds of coffee are floating clouds, and fresh fruit juice is the favorite!

Why not in Beijing? Why, if there is, does it not feel that way? .

Doug is a guy who doesn’t like snacks very much, but when there is no fruit, he will feel very sad.

Pass over 40 Thai baht and you can harvest a large cup of pure fruit juice full of mangoes, strawberries, avocados, warm fruits, bananas, oranges or lotus plums. Even though your stomach hurts, Doudou still refuses to add a lot of ice to it. Biting the straw and walking aimlessly, I feel that the whole person and the world are as cool and refreshing as this cup of shake!

It’s time to eat again. Where to eat?

Article 1 of the Food and Goods Treasure Book: Restaurants with high local popularity will never make mistakes! This is not, there is one opposite the night market!

The waiter handed over the menu, pure Thai and wooden pictures, and stayed away directly.

Then he handed over the English version and made do with it. He was half blind.

Article 2 of the Food and Goods Treasure Book: I really don’t know what to order. I probably can browse what other tables have ordered and sift out the ones with the highest frequency of being ordered. I probably won’t make mistakes! 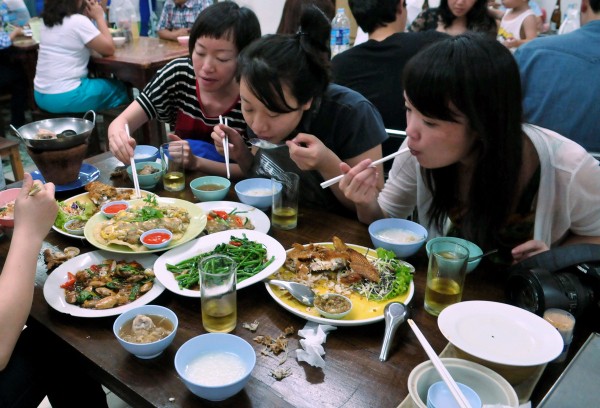 Look, the plates can only be piled up… In this way of eating, five people have not spent 200rmb.

Article 3 of the Law of Food and Goods: Food is a battlefield regardless of its source, whether it is a vegetable market or a five-star hotel!

Doug practiced this rule for breakfast on the second and third days:

The next morning Doudou followed everyone into the bustling local market and happily killed a bowl of pig soup with the most authentic local dishes and grilled fish. Five people did not spend 200 Thai baht. 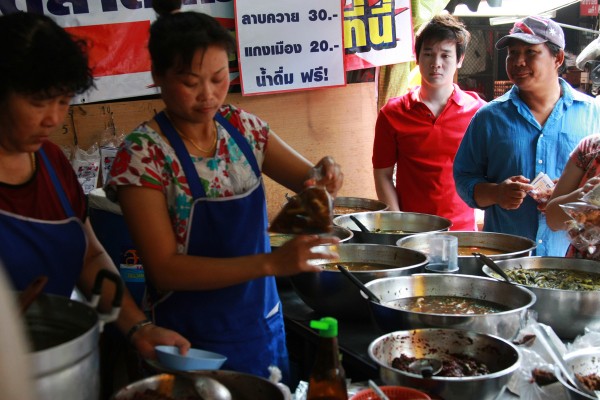 Craft and business are so good… Every time I pass the market, I see the wife of shop-owner’s packing hand never stops.

In fact, Doudou always likes to visit this market because the fruit shake next door is so delicious!

Wife of shop-owner’s attitude and English are excellent! See, besides fruits, tomatoes, carrots, celery and even ginger are available. How healthy are you? If Beijing has them, I will definitely drink one cup every morning! 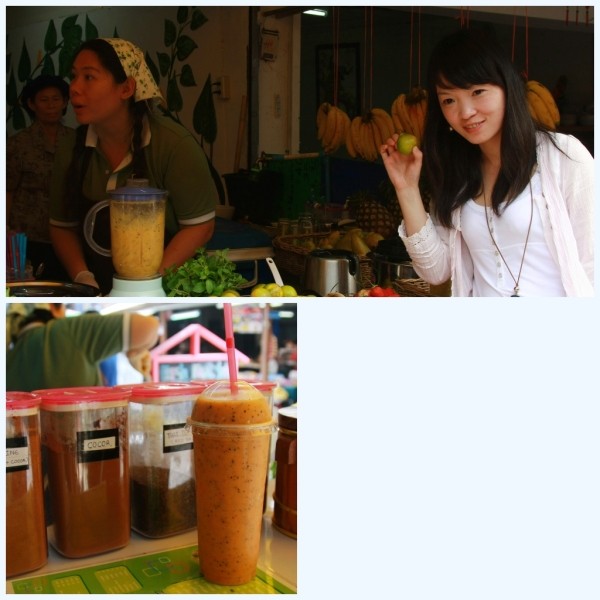 What a big cup, how heroic! I like this magnificent way to drink fruit juice! Premise: Be natural and fresh without adding!

I told you one thing: I heard that the afternoon tea at the Four Seasons Hotel in Chiang Mai is good…… (the voice-over is that I can’t afford to stay, and it’s not wrong to drink 100 yuan of afternoon tea occasionally). However, people ignore Doudou. The Chiang Mai Hotel is not in the city and cannot go alone, but can only give up sadly. Take a look at the picture: 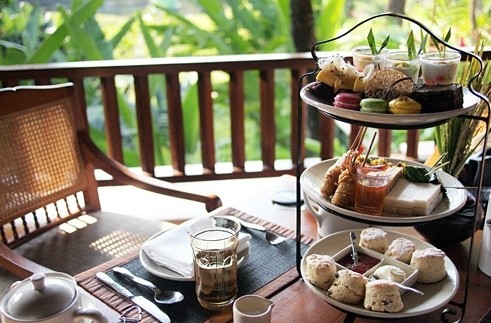 It is also a great pleasure in life to have tea and chat with three or two good friends. Let’s say that the next time we catch people who are more close friends, we will come with them!

In order to make up for this regret, Doug ran to U Chiangmai alone on the morning of the third day in Chiang Mai and enjoyed a buffet breakfast of 300 Thai baht. Although it was considered to be burnt, it was very important to eat breakfast well!

In fact, sometimes food and art are indistinguishable, requiring heart and imagination.

U Chiangmai is a four-star hotel in the downtown of Chiang Mai’s old city. It is quiet and full of Zen.

At noon, I went to visit the Meiping Hotel where Teresa Teng stayed before her death. After that, some people said that I wanted to find Teresa Teng’s favorite Coke Chicken Soup Noodles Restaurant. I rode one street after another and couldn’t find it everywhere. Even times have changed.

Article 4 of the Law of Food and Goods: Persistence on the road to food is necessary, but it is also necessary to have pioneering spirit!

I can’t ride any more. Look at a restaurant nearby. Go in. Looking through the menu, this one is also strongly recommended by netizens and books.

As a result, we enjoyed the meal that everyone thought was the most burnt in the whole process (in fact, it was more than 1,000 Thai baht, less than 300 RMB). Look at the content and you will know how valuable it is: 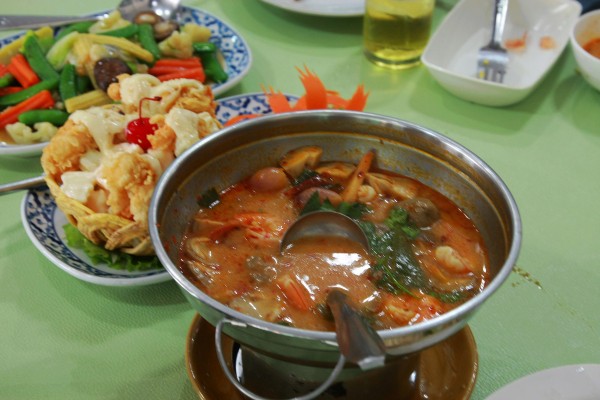 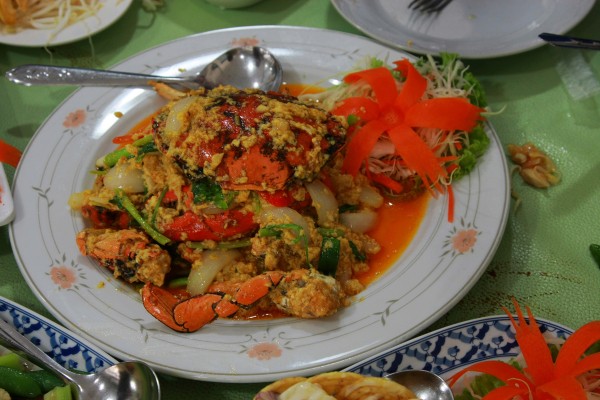 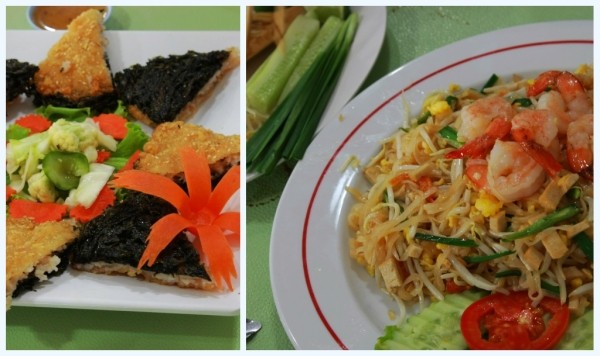 Doudou was also obsessed with the extremely popular hot pot for thousands of people, which is also very popular with the local people, It is the kind of fresh and large seafood, fruit juice, all kinds of meat and vegetables that can be baked and rinsed. Listen, it is only 195 Thai baht and 40 RMB. The key is that the local people like to eat it. It is also very interesting to participate in and experience the life of the local general public during the trip.

Article 5 of the Law of Food and Goods: You should not dream about food, but also take actions. It is very important to make preparations, such as knowing the specific name and location…… 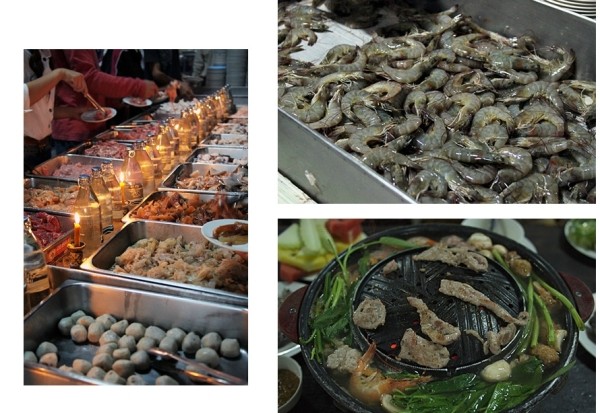 Because we didn’t do the preparatory work well, we didn’t find it. It was windy at night, so we randomly found a small shop on the roadside that could bake and rinse it. 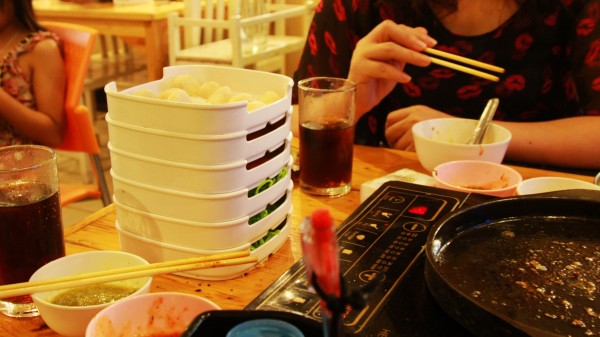 The English menu is also maddening. The kind-hearted Thai mm from the next table came to help us recommend the order…….

Each dish has a small quantity (of course, it is also very cheap). It is a good design to stack small plates one by one…….

Through this topic, I would also like to talk about a person’s feeling of eating in a big city.

Thailand’s meal quantity is quite small, which is probably the appearance that a set meal is enough to eat seven cents full. Look, people are healthier. No wonder Thailand has fewer fat people (of course, it is also because of the heat).

However, in Doudou’s dictionary, it is really very difficult to get seven points full. Of course, it is slightly better than some people who can’t stop eating as long as chopsticks and vegetables are in front of them……

Thailand’s fine powder is Doudou’s great love, whether it is soup or fried. However, there is really too little fine powder. There are more dishes and meat than fine powder. After a bowl went down, I was still not satisfied with it. I rightfully ordered a fried rice from my boss. How can this Chinese girl eat? 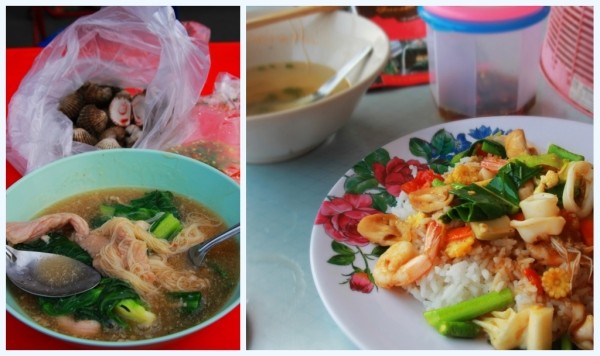 This fried rice is full of squid, shrimp, small corn, green vegetables, green peppers and red peppers, which is much more conscientious than what fried rice in China.

Perhaps you will say that a picky and edible posture like Doug will go bankrupt.

To tell you, a bowl of soup powder, a bowl of seafood covered rice, a large bottle (about 300ml) with iced Coke, and finally, 60 Thai baht!

It’s really a blessing that I haven’t been a fat man so far in my life…….

Compared with Chiang Mai, the night market in Dacheng is more local and life-oriented. There are basically no backpackers like me who catch a SLR wandering around in it. They are more like local canteens and food snacks: 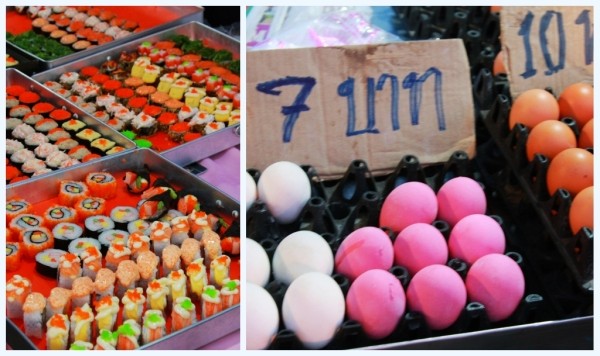 When the food is colored, when the eggs are pink…….

You can only admire the Thai people’s imagination and bold application of color, which is really unusual. We also have them, but many of them are used in other places, such as to make strawberries redder and agaric whiter……. 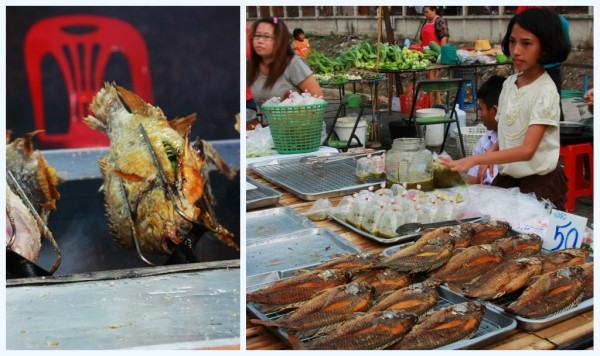 Thais like to eat grilled fish very much. Such a large fish is stuffed with Thai geranium spices… How much do you ask? 50 Thai baht, clearly marked, fresh out of the oven!

For Thai food, Doudou will occasionally read it from the first time he did not catch a cold to the moment he received it and loved it. Just like looking at people, of course, one must cultivate one’s insight at a glance. However, no matter what, when life pushes some people to your eyes, one must learn to understand and understand. Perhaps the final feeling will differ greatly from the original impression. Who can see everything at a glance and who has remained unchanged in the long river of time?

Hum, this week I was bitten back by someone who has an excellent attitude towards you at ordinary times. I am not afraid, I am not depressed, I just recognize some truth!

For fruit shake, Doug is deeply attached to it. If he goes to Thailand again, one of the important reasons must be this!

Before going again, make a better juicer and make a living on your own.

All McDonald’s in the world may have the same taste, but only Thailand’s uncle, like everyone here, said: Savadhika ~ 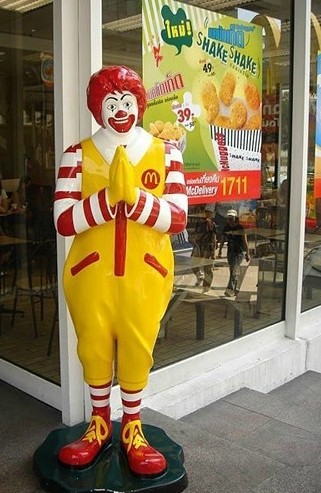 The Diary of Taixing: The First Dream & The Final Faith

Seven-day Free Tour to Thailand in 2012