At the end of August, I went to Tokyo once, and on a whim, I sent a log to offer some suggestions on Tokyo’s freedom. ~

Directly from Japan’s past, so I don’t know the air ticket prices from Japan to Tokyo..

But Japan’s subway is really practical and there are a lot of people….

In Japan for 6 days, running from east to west cost 3000 yen in transportation. It is suggested that vending machines now buy a card and then charge money to go in more conveniently. Although there are two subway operating companies, they can all be used and are more convenient. 1000 cigarettes start to flush. 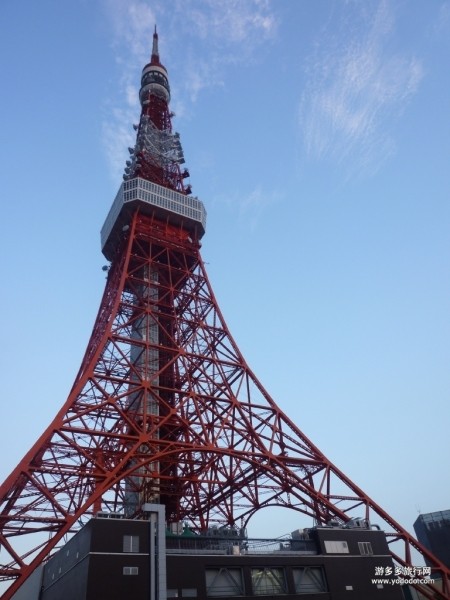 When imagination collides with reality, the Tokyo Tower in front of us is so small. Its actual height is only 333 meters, with two outlook platforms.

Because I bought a joint ticket, The other three floors, The activities on the second floor can also be participated in. So it’s 2200 cigarettes per person, If you only go to the prospect station, The impression is 1800. If you want to go to the second outlook station, There must be an additional charge. The popularity is very high, almost all of them are tour groups. The first outlook platform on the elevator is about 180 meters. I can’t remember the specific figures clearly. I vaguely remember that it is the fourth floor. When taking the elevator, if I am lucky, I will see the scenery below on the side near the glass when I rise and fall….

Because it is a 360-degree viewing platform, the viewing angle is quite good. There is also a sign on the top of the window indicating where to look out….

The third floor of Tokyo Tower vaguely remembers the dining place. There is an ice cream shop in it that is not bad. The price is about 500 cigarettes. 40rmb… At the same time, there are many souvenir shops in it. If you want to buy it, it is suggested to look at several more. It is always reasonable to compare goods with three. May find some interesting things.

The next day I went to the Edo Museum in Japan. Personally, I prefer history. Old things, I think Edo period is actually a very special era in Japan… with rich history and many cultural relics, and some simulated scenes and performances of Edo period, which can increase my sense of history… I suggest that friends who like Japanese history may as well go and have a look. Tickets are very cheap, and there are also student discounts. About 200 cigarettes. In my impression.

My articles on foreign websites are posted here, elder brother of war veterans! ! 3