I waited at the dock early for Lao border personnel to go to work. After knocking on the exit seal, the ferry went to the other side of the Mekong River. This is Thailand’s clear hole. If the entry seal is sealed at the Thai customs like the temporary makeshift house, it will be regarded as stepping into Thailand’s territory. This is the third time I have come to Thailand and the first time I have entered Thailand from land. A friend asked me, “Why do you want to go to such a country poorer than China again and again, where I don’t want to repeat it?” I replied that if it is more than GDP, the United States is richer than China. As for repetition, I don’t think there is a trip that can be repeated. Each trip has a different mood. Each trip can meet different people. Each trip is a different experience. How can there be repetition? I also can’t explain why what is so attractive to me in this poorer country than China, or find a reason acceptable to the public to explain: visa is easy and consumption is cheap.

Pack up your passport and go ahead. I’m a little confused. Where am I going? I didn’t eat well in the past two days when I came from Laos to take the waterway. At the moment, I saw a 7-11 in front of me. I rushed across the road regardless of the traffic, grabbed a bag of bread, and then carried a coconut. I felt no taste and swallowed it into my stomach.

There was something in my stomach, and my mood calmed down. I saw the faces of several foreigners. In such places, devils knew the route better than the local people. When they went up to explore the road, the devils pointed to the front and said that there was a station over there to go to Chiang Mai. All right, Chiang Mai.

Half the way from Qingkong to Chiang Mai is Panshan Road. At 5: 30 p.m. Seven hours later, I got off the bus with my weak legs and my body that felt nauseous and had nothing to vomit. I continued to be shaken by the two cars to Peta Gate in the ancient city. The setting sun was just slanting on the city wall, a little dizzy. There is no time to have a preliminary understanding of this small town. When my stomach is empty, my mind will be empty. Tonight, I will treat myself well. I will not be an ascetic. I will live up to this journey. 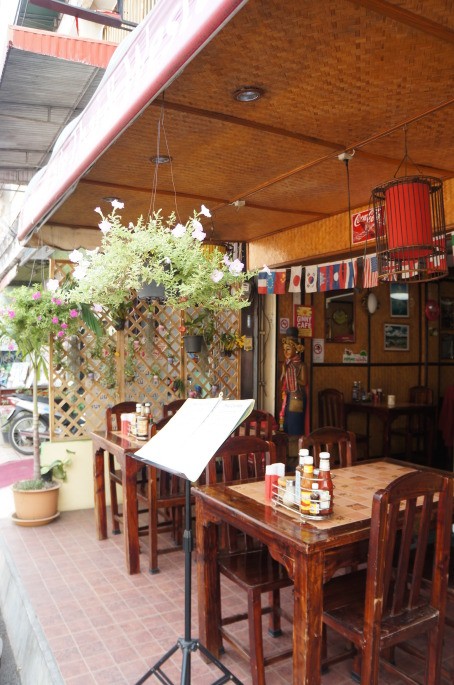 It is said that a “Lost in Thailand” has caught fire in Chiang Mai, and the data show that the number of Chinese tourists has soared. However, walking on any street in the ancient city in the morning, I didn’t see many people, but I could hear birds chirping in the trees. Two hours is enough to circle Sifang City along the moat, which is only 2 kilometers in any case. This turned out to be Thailand’s second largest city. If it were our motherland, there would be no shortage of elevated subways. Mercedes-Benz and BMW roared past me and then passed away. Here, there are only narrow streets, three steps and one temple, five steps and one temple. There will always be a few dogs in each temple, some excited to fight and some ignoring human beings. Near noon, the old town was still not lively. Perhaps those statistics are team tourists. They must have been gathered by MORNING CALL early in the morning and dragged onto the bus. At the moment, they are being tricked by the tour guide to buy this and that. 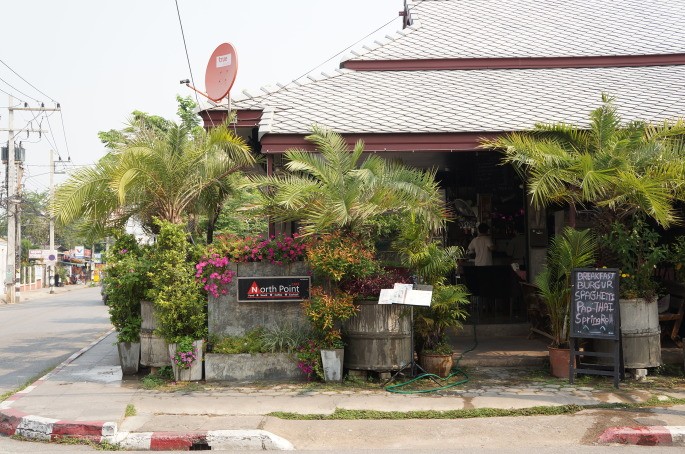 During the week in Chiang Mai, I got up early every day, took the map and walked through every alley. When I was tired from walking in the afternoon, I found a temple, took off my shoes and sat quietly in the Buddhist temple. The whole hall was quiet, looking up, Buddha was looking down at all living beings, bowed their heads, closed their eyes, and felt the peace of their hearts at this moment.

Thais are sincere, kind and polite. Looking down at the map on the street, someone will take the initiative to ask me where I am going and show me the way instead of soliciting customers. Walking on somebody else’s heel, the man turned around and nodded desperately to me with mirth. Is he apologizing to me? The houses here are dilapidated, but no one speaks everywhere, so monks can walk barefoot on the road. The road here is not wide, but when I was blocking the car behind me because of taking photos, they did not honk the horn but waited for me to return to absolute being. These must have something to do with their beliefs. If it weren’t for the Buddha in my heart, I wouldn’t have felt at ease. 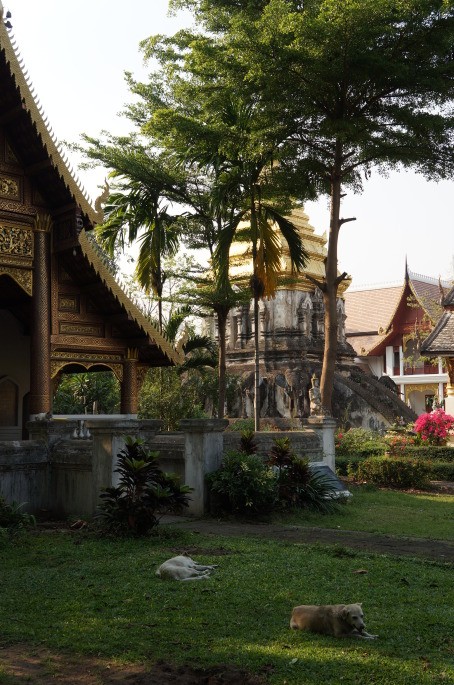 By Saturday evening, the night market outside Changmai Door began to be lively. Handicrafts, cotton and linen clothes, essential oil soap, wood products, MASSAGE and various snacks were placed two kilometers away. I am not very interested in shopping, but I was attracted by the blind band in the middle of the road. The band consists of four blind people, including lead singer, drummer, bassist and sound effect. They sang loudly and enjoyed themselves. Several times, they sang and ran for a sound, or the microphone slipped off and then laughed together. Look, they are all laughing, happy and intoxicated. We still have what to complain about? 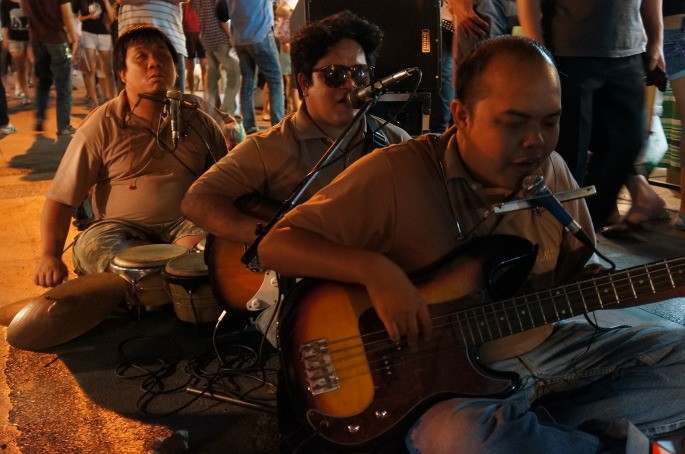 A Re-tour of Sukhothai in Thailand