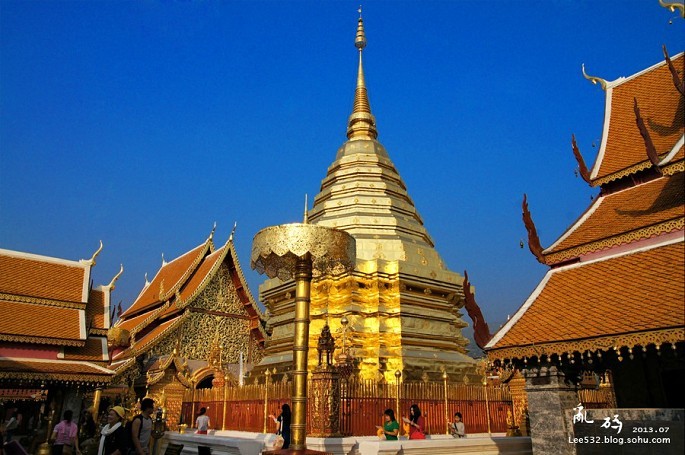 Shuanglong Temple is one of the most famous temples in Chiang Mai. The golden pagoda in the temple was built with 242.2 kilograms of gold. Buddha relic is enshrined in the pagoda. As long as you recite Buddhist scriptures silently and make three rounds around the pagoda, you can turn around. Because it is effective, it has attracted a large number of good men and women to come around. 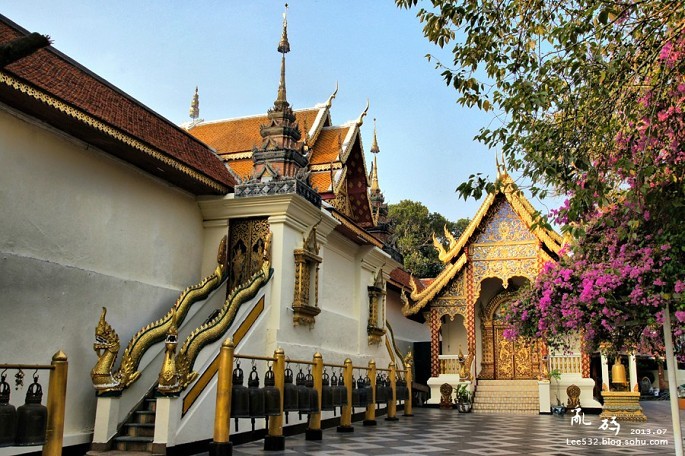 Not every temple’s patron saint is as powerful as the golden dragon in front of Shuanglong Temple. The patron saint of Bupalan Temple in the movie Lost in Thailand is very cute. 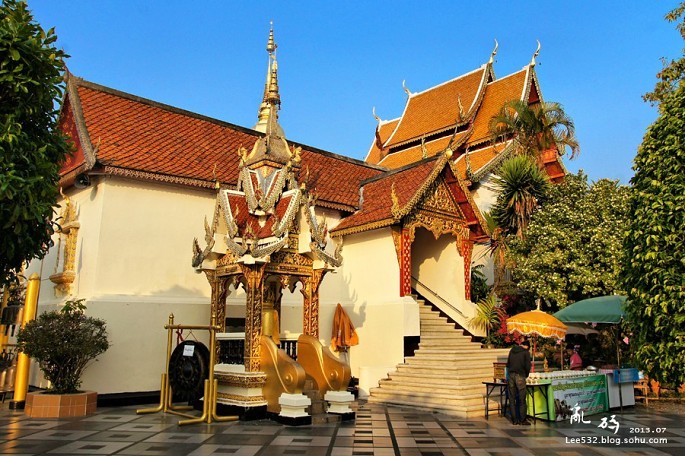 The temple structure on Sutie Mountain is a large courtyard and a small courtyard. It is said that the temple in this temple is the real Shuanglong Temple, which should be the smallest temple in Chiang Mai. 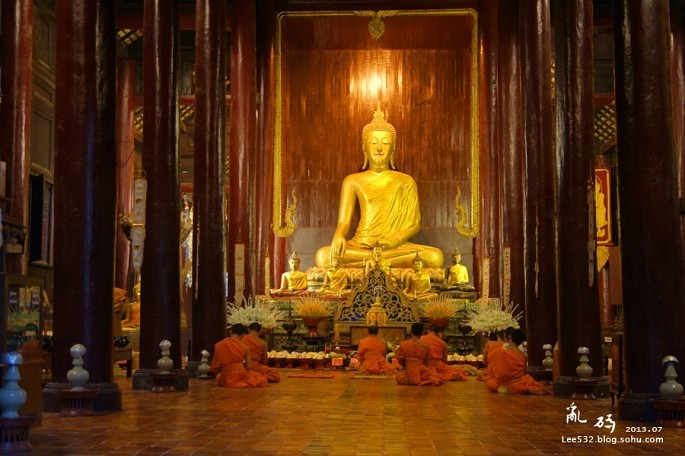 The monks in the temple practice devoutly. 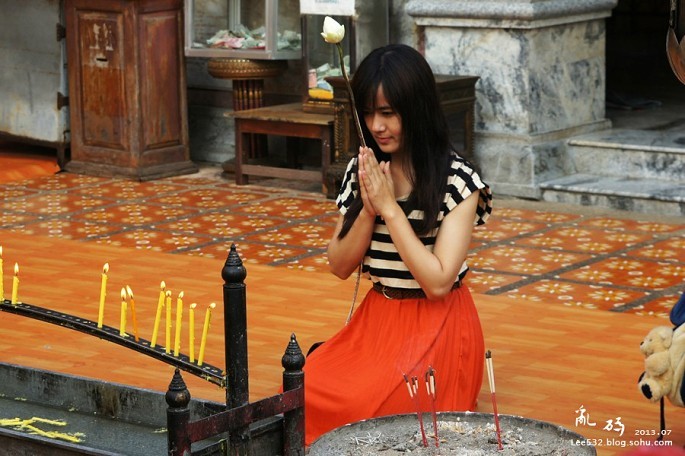 5 ↑ outside the temple, good men and women prayed sincerely. The sandalwood lingering in the air and the melodious chanting of sutras made people feel peaceful. It’s said that people who like cubs are kind-hearted. You will be rewarded with good fortune, little girl 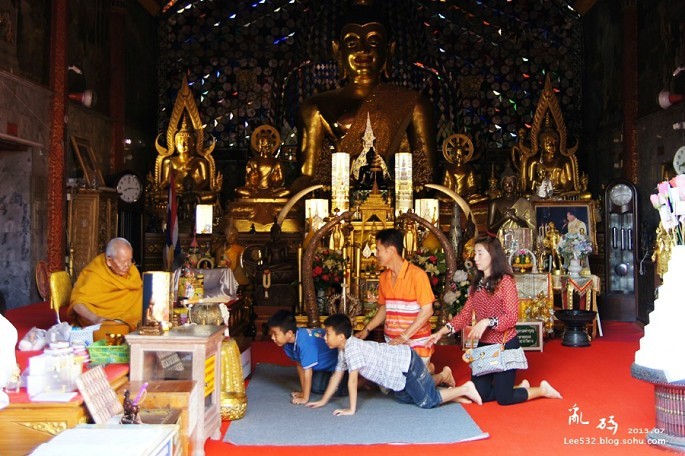 It is said that those who like bear children will be blessed? The old monk certainly doesn’t believe in these feudal superstitions 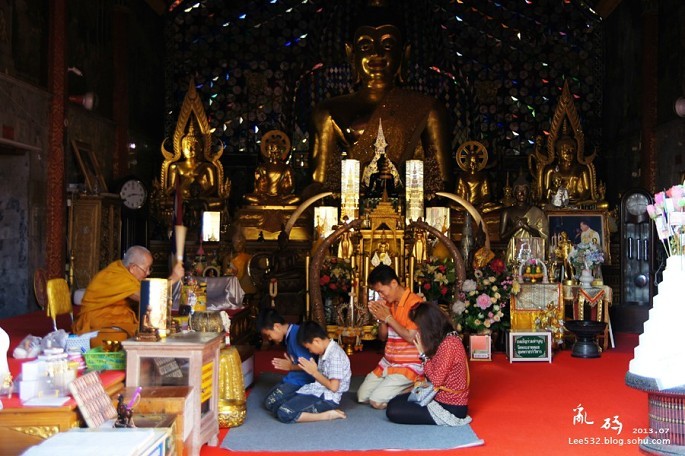 The Buddha was also angry when he couldn’t bear it. He bludgeoned Xiong Haizi to make it quieter. 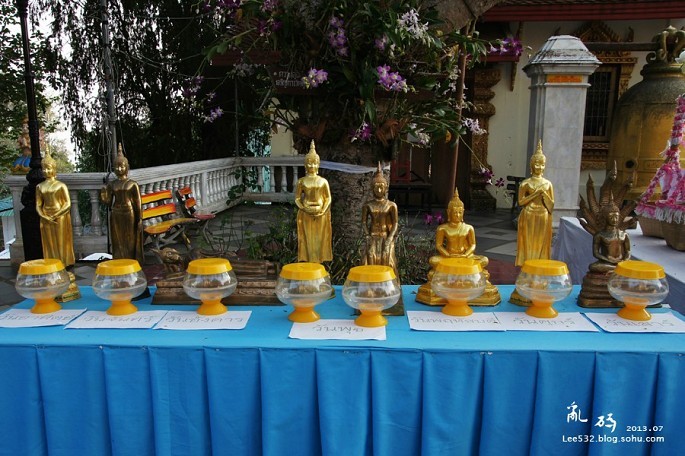 In the eyes of Westerners, Eastern religion is to burn incense and send money to every immortal and Bodhisattva, and then expect one or more of them to manifest and bring good luck to themselves. 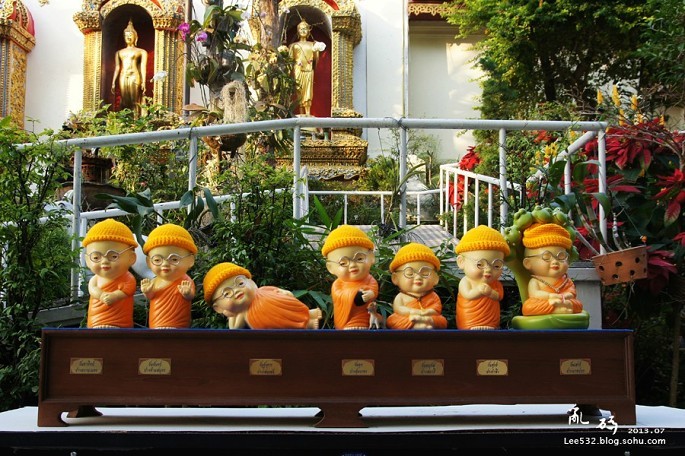 The COSPLAY of the 9 young monks imitated it very well and wore a hat for the sake of lifelike life, but the Bodhisattva was wearing a bun, okay? 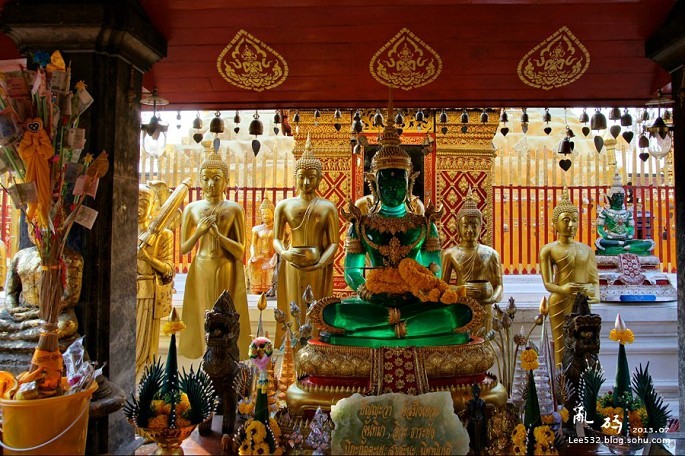 The atmosphere in the hall was solemn. The leftmost senior brother also put on his cassock. The most precious jade Buddha in the temple enjoyed the sacrifices of the believers with a smile on his face. Only the jade Buddha who slept rough on the right looked bitterly and sighed with emotion that he had different lives with jade. 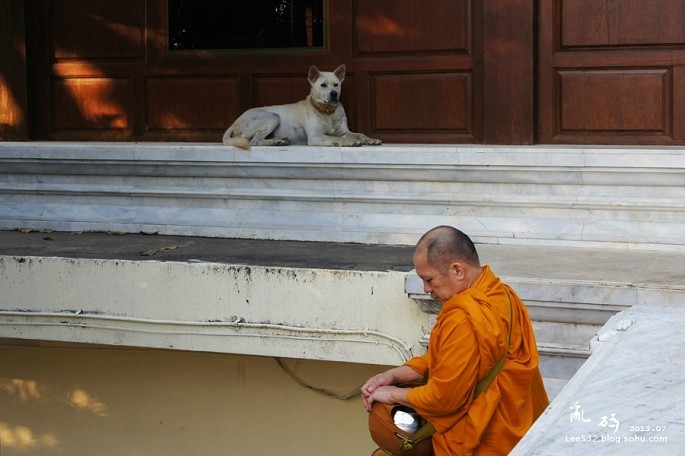 The dogs in the temple live a happy life without food and clothing. The monks go out before dawn to beg for food for them.

The stray dog begging at the gate of the 12th temple looked bitterly and sighed with emotion that the same dog had different lives.

13 More adorable than children, only the most adorable temple in Thailand, Bupalan Temple, mentioned later. 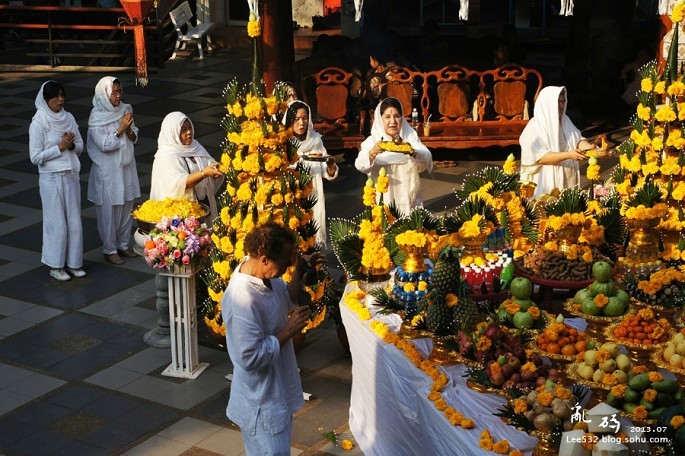 In broad daylight, the Indian divine religion openly went to Shuanglong Temple to engage in sacrificial activities. Judging from the sacrificial offerings, it was much higher than the high-end atmosphere of Buddhism. At first, it was thought that the bell-ringing priest was a priest, but later it was discovered that he was just a bell. 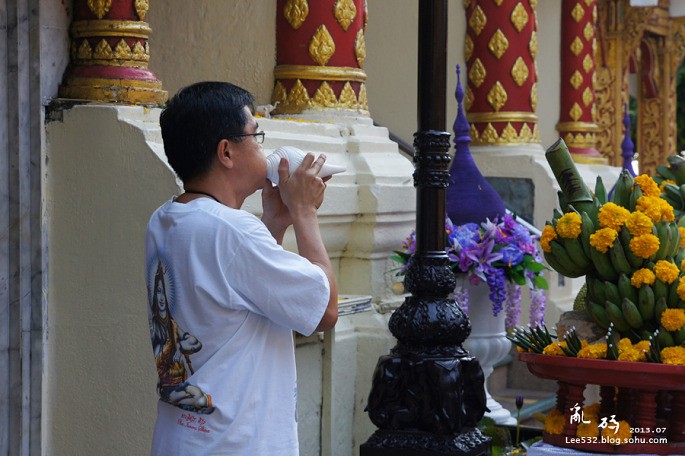 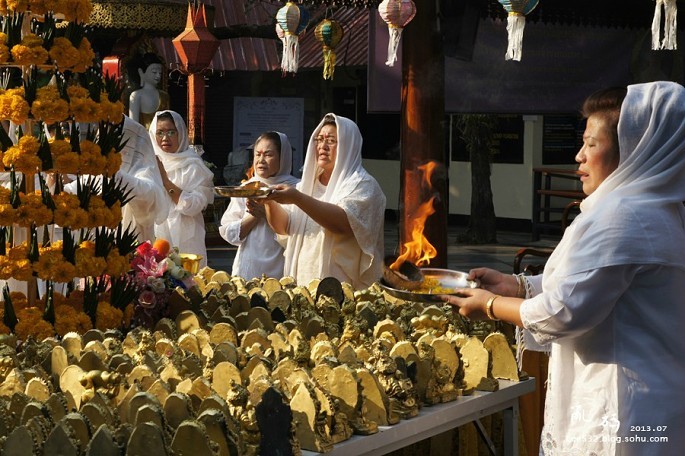 After worshipping so many immortals, there will always be some people who will manifest themselves. 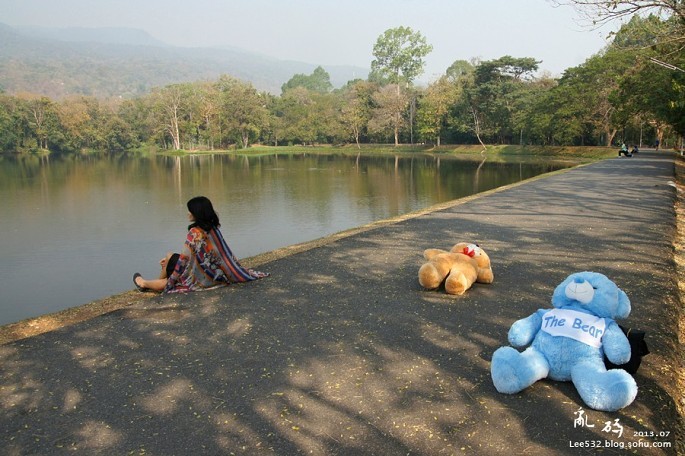 On the way to Shuanglong Temple, I will pass Chiang Mai University, which happens to be in time for summer vacation. There are fewer students on campus than bears. 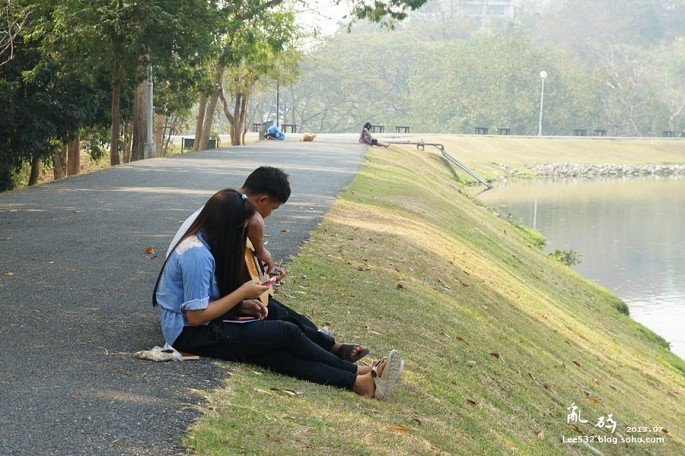 The warm picture is actually that the girl is checking her boyfriend’s cell phone. The boy has long thought clearly in his heart. If he doesn’t recruit WeChat password, the big deal is to break up. If he says it, he will die even worse. 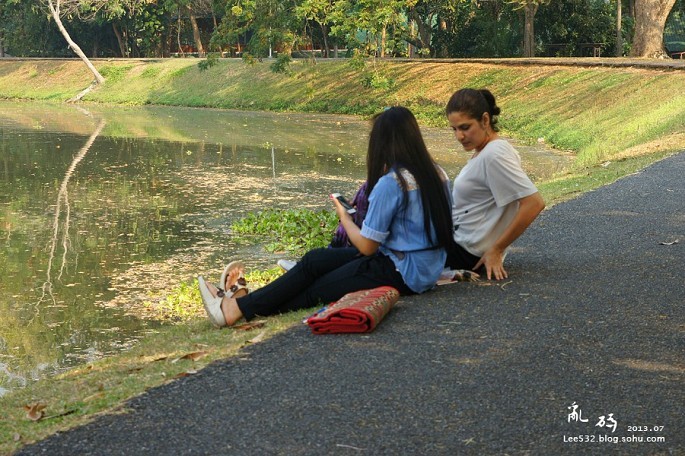 19 The onlookers comforted the girls one after another. There were no handsome men in the world. If the old dream was lost, there would be new couples to accompany them. Foreign people have certainly never heard of this idiom, “it is difficult not to tear down people.” 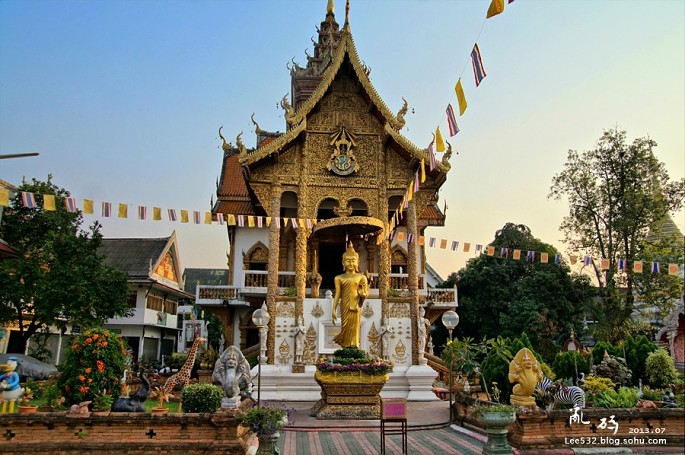 20 Wat Buppharam Temple is located near the ancient city of Tapeimen in Chiang Mai. Baldheaded Liu and Lao Zhou used to resell cultural relics here in the movie Lost in Thailand. Because the temple is too embarrassing, few people come to worship Buddha and few tourists come. 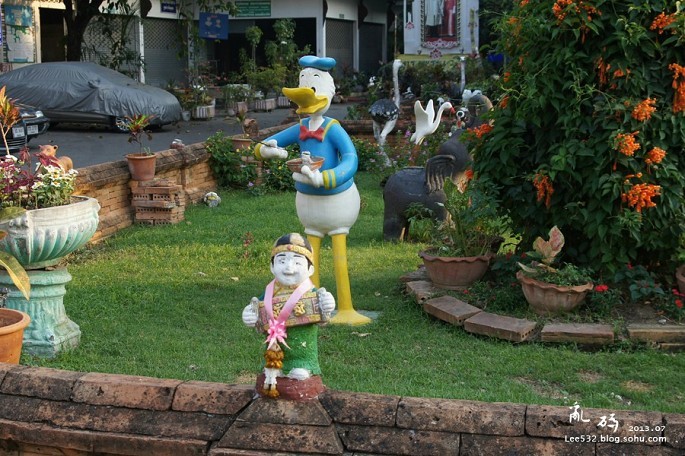 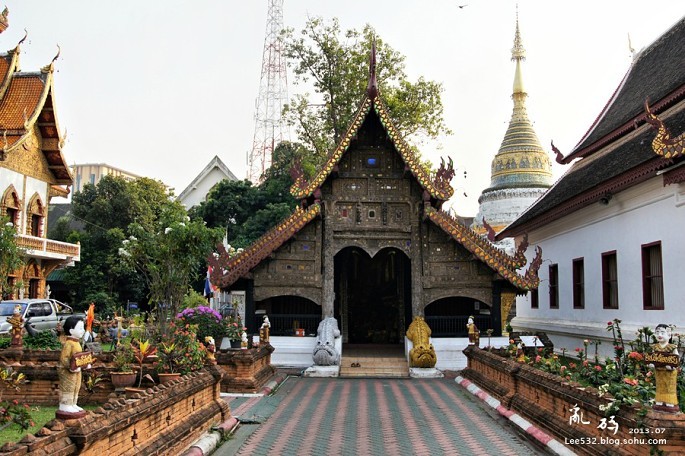 It is said that this is the only teak temple in the world, and the MengMeng guarding toad at the gate of the temple has no momentum at all. Because it was getting dark, they did not go to the temple to take photos. Thais believed that flash lamps would affect the spirituality of God. 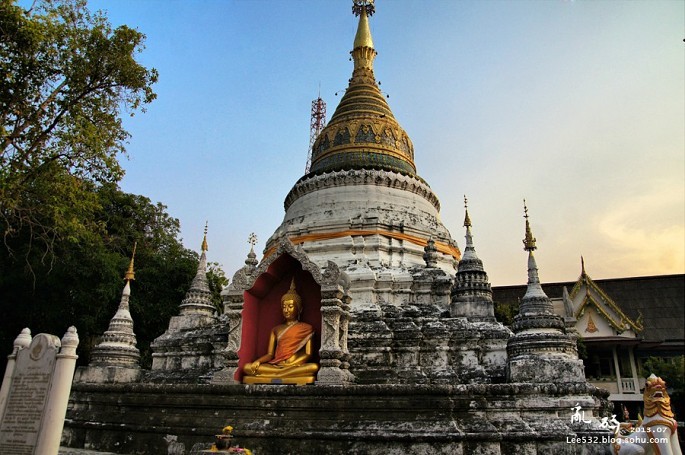 There are both white pagodas and statues of Buddha in the temple. 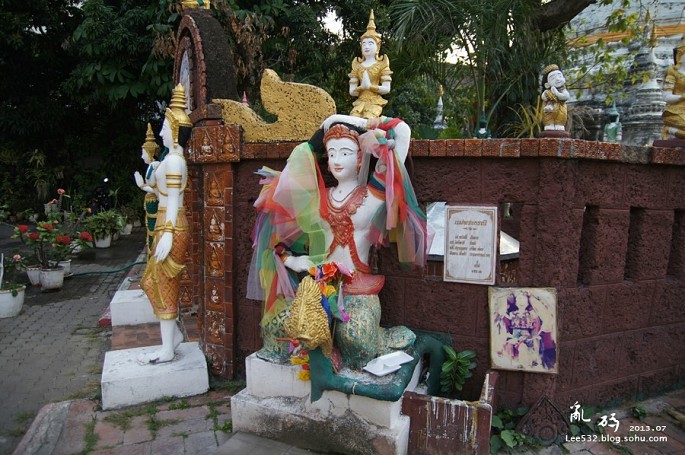 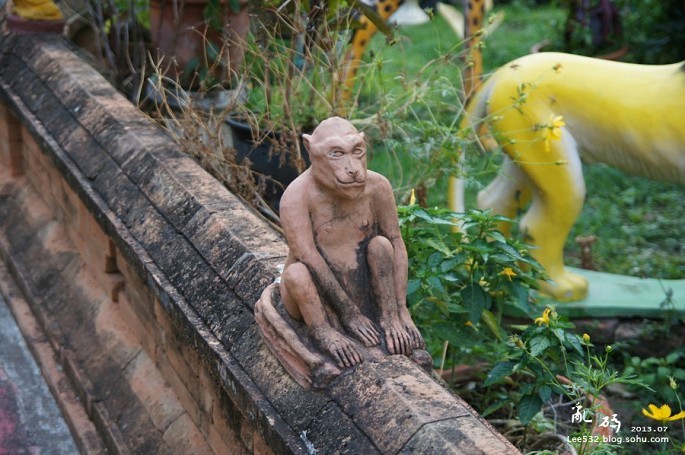 The atmosphere was relaxed. Elder Martial Brother took off his cassock, too. 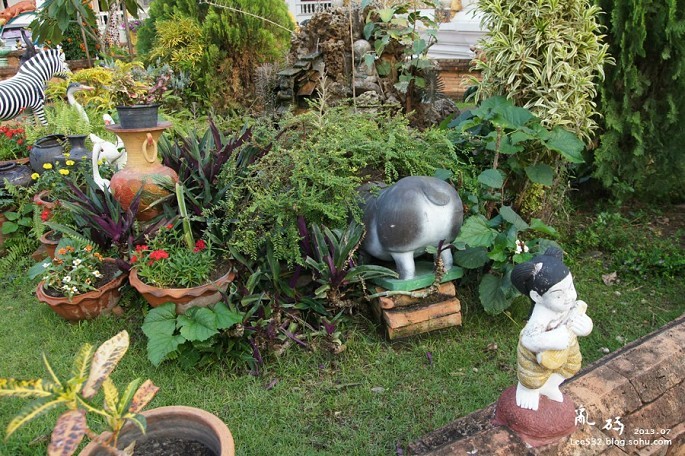 Elder Martial Brother 272, why is he hiding 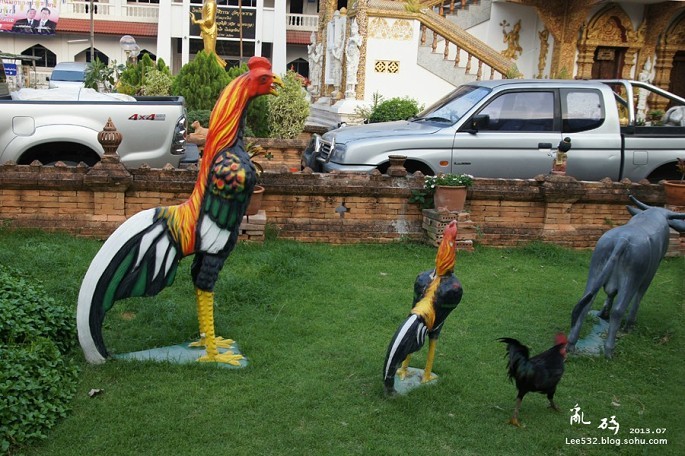