Headline: If Pattaya is compared to a charming * * with various amorous feelings and full of temptations, then Sammy Island is seed of love’s charming and shy first-time bride.

After leaving Pattaya by speedboat, we went to Sammy Island, Thailand’s long-cherished third largest island. The moist sea breeze has blown away the intense heat of these days and the hustle and bustle of the city. Watching the speedboat cut open ten thousand pear flowers and set off thousands of snow waves, my heart became calm. Having been at the seaside all the year round, I seem to have returned to my familiar living environment and really felt relaxed and comfortable at home.

Koh Samet Island is located in Provence Rayong, southeast of Bangkok, and is 30 minutes away from Pattaya. With the bumpy speedboat, gradually, a silvery white ribbon appeared, which was gently wrapped in the clear sea water, just like the white gauze on the bride’s head. Looking around, coconut trees and palm trees all over the island seem to have entered the tropical jungle. The suffocating snow-white sand beaches and clear green sea water make Koh Samet Island worthy of the name.

Drinking freshly squeezed iced juice, a wisp of cool and refreshing water seeped into my heart. Stay in the comfortable SAI KAEW seaside hotel, thoughtful and meticulous arrangements let me wash away my exhaustion.

Koh Samet Island covers an area of 9 square kilometers and is surrounded by fine silvery sand. One afternoon, we took a speedboat to three beaches. Each section of the beach has its own characteristics. The seaside hotel is quiet and comfortable, picturesque and like a fairyland. Take a cup of bright red papaya juice, lean against the exquisite wooden chair, listen to the waves, look at the thick clouds in the sky, the looming sunset, spend a leisurely and wonderful afternoon time. “It feels good to have money! “The partners of the same trade smiled at each other and expressed such feelings at the same time. 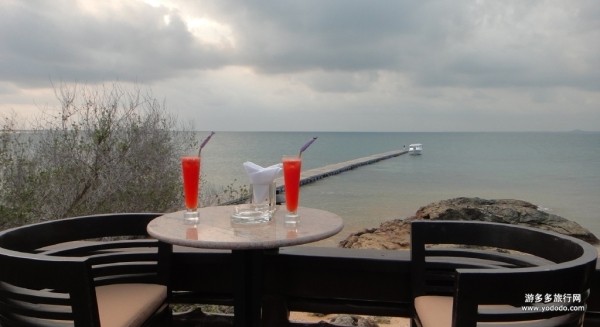 The night fell lightly, and Koh Samet Island was covered with gorgeous clothes by bright lights. Eating a sumptuous dinner and enjoying a funny comedy performance. A group of children from European and American countries were excited around the small stage. Screams and cheers joined the waves to form a touching symphony. When the actor swung the two fireballs into gorgeous rings of fire, I seemed to be in a happy wedding. Warm but touching, luxurious with elegance. What kind of cultural accumulation can create such strong national characteristics? At this moment, I seem to know why Thailand has become a major tourist country. The rise and fall of the Thai people in one thousand years, the prosperity of the Sukhothai dynasty, and the achievements of Emperor Langanxing… Thailand occupies a seat in the United Nations in the world of powerful hands. The tropical scenery of banana wind, coconut rain, blue sky and blue sea is certainly attractive, while the resplendent and magnificent palaces and temples are certainly attractive. However, Thailand’s long history and culture, its national spirit of self-improvement and self-reliance, and the hospitality of the Thai people make people willing to stop here. This is more like the habitat of wanderers’ hearts. It is a place where you don’t want to leave when you come!

After a night’s sleep on the waves, we returned to the seaside in the early morning. The sky is low and the clouds are dark, and the sea and sky are grey. A small boat in the vast ocean rose and fell with the breath of the sea, as if to break free from the shackles of the cable and drift far away. Ha Mei’s white flower dress lit the cold and cheerless beach, stepping on the waves, she was like the daughter of an elf sea of the sea. 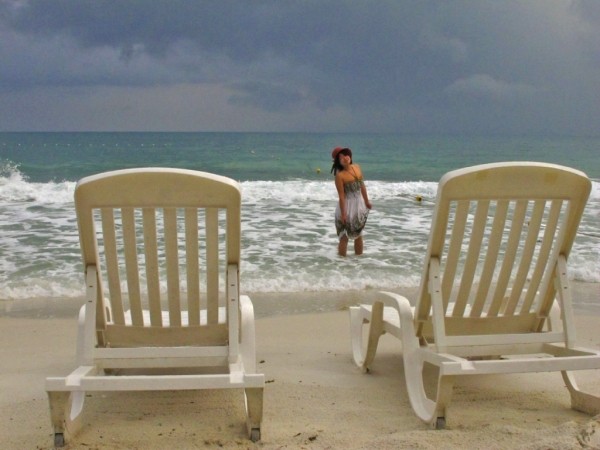 Leaves and a lovely puppy are talking, looking so soft and gentle. (The leaf hung up the photo by itself, so I had to choose “the wind falls with the leaf and looks far away”) 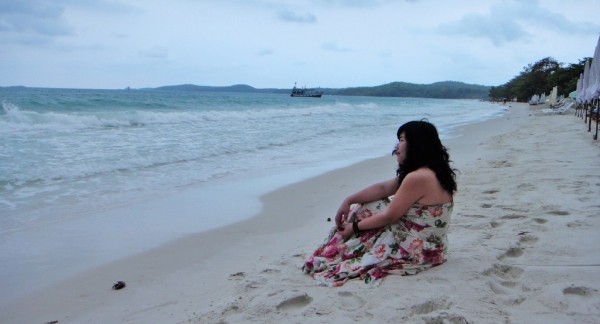 A piece of incomplete fishing net was so striking in the sea breeze that I asked Xiao Shuai to open the fishing net and take photos. I want to tell this young man that life is like an endless network. Neither can we be trapped by life nor be unconstrained. 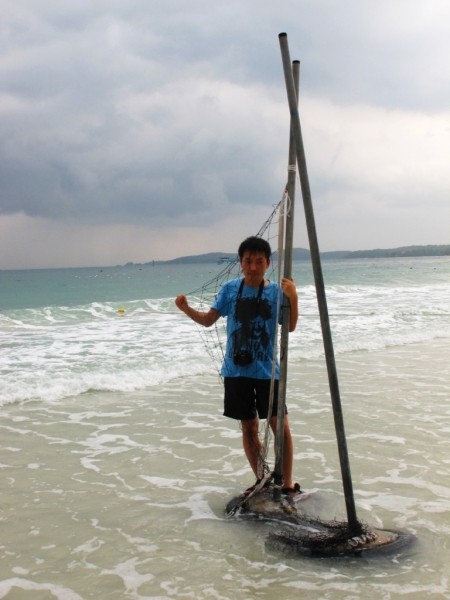 It rained cats and dogs and we ran back to the restaurant. The heavy rain, like falling from the sky, spread a thick curtain at the window. The sea is choppy and the dark clouds in the sky roll over. I am worried about the weather on my return trip. The tour guide told us that it was not terrible to have such heavy rain in Thailand and usually stopped in a short time. I am most afraid of the continuous light rain, which will never end. Sure enough, before breakfast was finished, the heavy rain stopped and the sky was faintly shining. Instead of taking a speedboat, we took a colorful cruise ship. The Thai flag fluttered in the wind at the bow and thousands of white chains were thrown out at the stern. We were getting farther and farther away from Koh Samet Island. 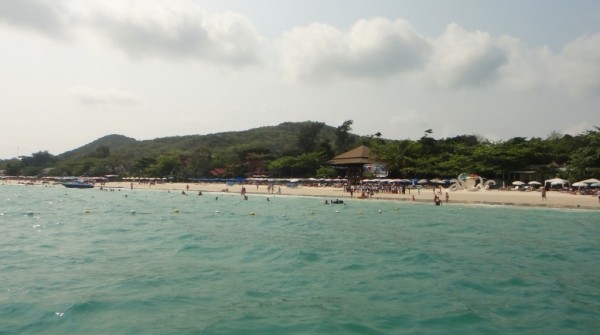 The Different Elegance of the Grand Palace