I often see “travelers” on the Internet about Bangkok’s airport and traffic problems. I have collected some official information and sent it to you for a look, especially those who have come to Thailand for the first time. I hope I can give you a general concept.

Perhaps due to the uploading of pictures, the clarity has decreased. Travelers can right-click to download the picture and enlarge it. 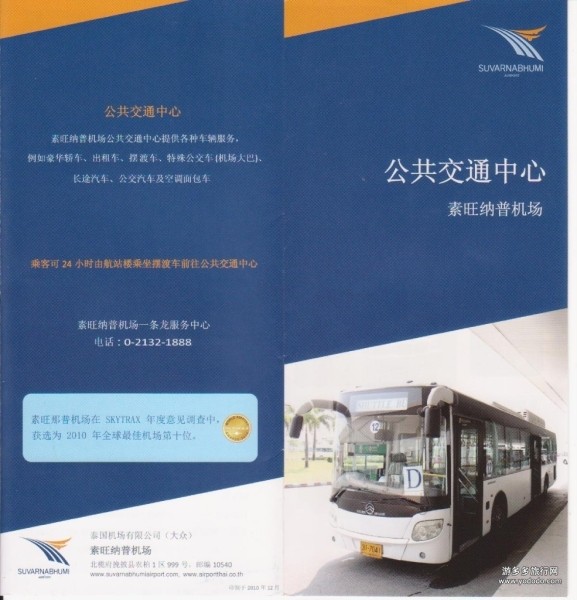 I will not repeat the details on the information. The ratio of Thai currency to US dollar these days is about 30: 1.

Luxury cars: mostly “Mercedes-Benz”, “BMW”, “Volvo” or “Toyota-Camry”, etc. The price will be higher than that of ordinary taxis, and it may be more than 1,000 baht (in terms of distance) when entering the city.

Ordinary taxi: if calculated by distance. Normal to the city center 300-400 baht. Even from the airport (southeast of Bangkok) to the northwest of Bangkok, it should not exceed 600-700 baht. Tolls for elevated or high-speed roads are paid by guests. Generally, guests should prepare small change (20 baht or 50 baht in face value) before boarding the bus and avoid 1000 baht or 500 baht.

Most Thais still “do business” honestly. However, a few will also be “dishonest”. For example, “cheating” on the meter; Resize the wheel, etc. In particular, the proportion of those who do “foreign tourist business” will be higher. This is also a “normal” social phenomenon. As long as it’s not too much, “take a step back from the sea and the sky”! However, don’t take a taxi without a watch!

Rental car: Rental car at the airport for self-driving, the average price will be higher than the average. As it is a large company, the car condition, procedures, insurance, etc. are relatively complete.

Thais have a big difference in “character” between normal times and driving. Don’t honk your horn too much when driving in Thailand. When necessary, you can only “knock”. Honking your horn for a long time is regarded as “scolding”! At ordinary times, things between Thais generally do not reach the level of “scolding”. Therefore, the consequences of “scolding” may develop into unmanageable ones! ! ! (Often the end of “scolding each other” is to pull out a gun to solve)

Thailand’s driving is “British”, (such as Hong Kong, Malaysia, etc.) the steering wheel is on the right and the car is on the left. Although the traffic laws and regulations of different countries are the same, there are many habits that will be very different. For example, pedestrians on the road will let their cars cross the road first and then cross the road (except for foreign tourists and those from the countryside); Bangkok traffic jam + red light takes a long time, so when you can drive, you will drive at full power. However, cars driving from the roadside or alley will wait for straight-line cars to drive before coming out. This means that maybe it will speed up the passage and let you drive out earlier. The same situation is also suitable for “lane change” when there are multiple lanes. Suddenly “inserting” in front of someone else’s car for a short distance will be considered “insulting”! Remember! ! !

Speed is not particularly important in Thailand, and the current traffic regulations seem to be decades ago. For example, the speed limit for the expressway to Pataia is 120, but those who drive 120 often drive in the (slow) lane on the left (my “normal” speed on the expressway is around 120-140). On other government-to-government roads, except near the town, people’s normal speed is above 100-120. However, the speed limit of traffic regulations is 90! Generally speaking, there is no “road purchase money” or “bridge crossing fee” for roads between governments. However, if some “small police” fixed-point speed measuring stations are “caught” and “settled”, it is the original intention of the “small police”. The local price is 100 baht, if “foreigners” may want 200 baht? Tips: 1. Good attitude (the attitude of the “little policeman” is much better than that of the domestic, smiling) 2. Even if you can speak Thai or English, please try to “communicate” with him in your hometown dialect! Prevent him from speaking a little Chinese. This will save you a little money. The key is to “save time”. In addition: Generally, before we hit the road, we will prepare 1-2 100 baht bills and open them separately. -People’s desires are bottomless, and it is “normal” to have more money and more points of intersection.

In a word: it is my principle to give up (small) money to eliminate disasters when going out.

Suggestion: Look at the “traffic habits” locally before deciding. 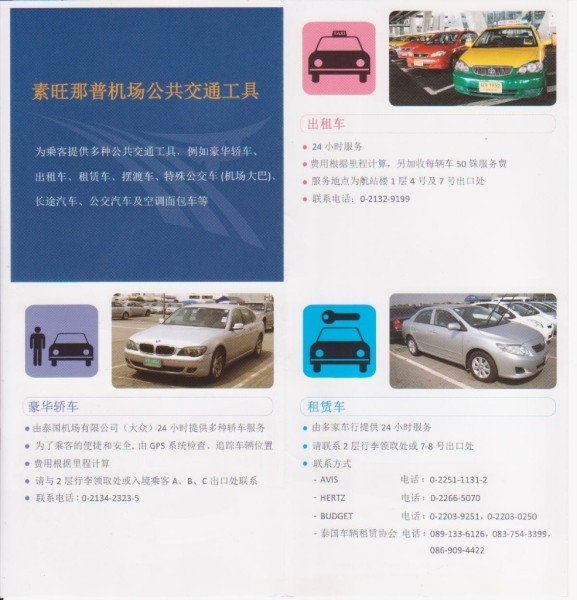 There is nothing more to say about the bus at the airport. As long as you don’t litter the car + don’t talk loudly (just have different habits). 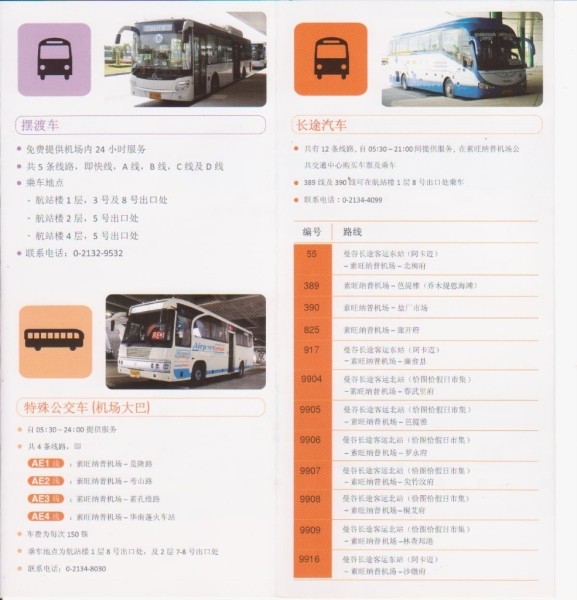 The bus at the airport should be OK. However, in urban areas, it is not recommended to take “air-conditioned” buses. The “air-conditioned van” is more popular and convenient in Bangkok and its surrounding areas. 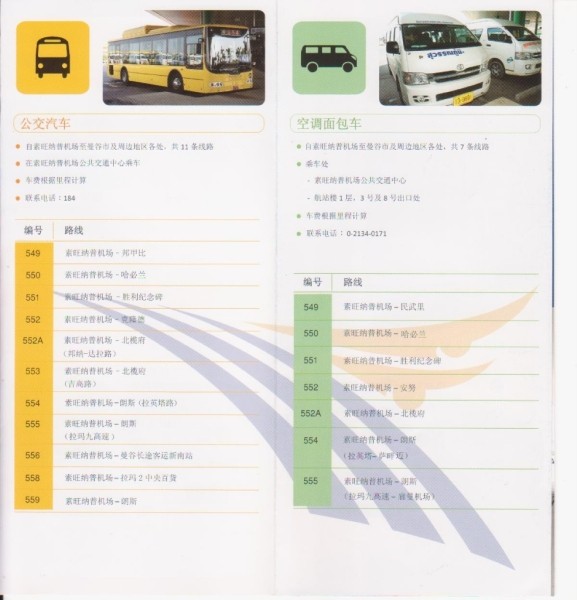 From the airport to the city (city center), it is recommended to take the light rail. -Just at the reception area in the airport, there are two transparent elevators, which are less than 50 meters from the bottom floor, i.e. The starting point of the Airport Link. There is an automatic ticket vending machine and the small window next to it can change small change.

The first (City Line): The starting price is 15 baht, and the ticket price from the starting point to the ending point is 45 baht per person. It stops at 7 stops and arrives at PaYaTai Station in about 30 minutes after driving. 05:30-23:50

The second type (Express): from the airport to MaGaSan Station, the previous stop of PaYaTai above, without stopping. The fare is 100 baht/person, and the terminal MaGaSan Station is about 15 minutes after driving. 05:30-01:00 0500

Newsletter: Now everyone has a mobile phone. Domestic mobile phones can directly use Thai cards. Thailand’s mobile phones are charged one way and have no “roaming fees”. They can also be used on the border with Laos. There is a mobile phone card called “SIM INTER”, which belongs to “TRUE” company. Use it to call back 2 baht per minute in China and 3 baht per minute in Thailand. The “7-11” small supermarkets that can be seen everywhere in Thailand can be bought at a card fee of about 130 baht, and an additional “prepaid card” is required. You can ask the salesperson to help “open + recharge”.

To dial international, you must dial 00600 first, then the country number (e.g. China) 86, then the area code (mobile phone does not need to dial the area code) + the telephone number 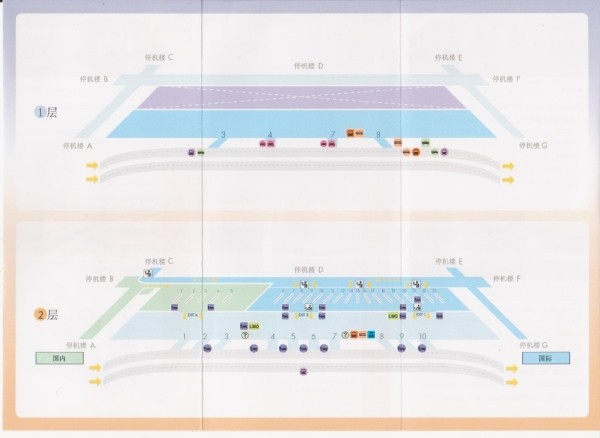 One principle: No matter what the ratio is, the less money is exchanged. (Excluding the rise/fall of foreign exchange)

Exchange points at airports and scenic spots can only be changed when they are in high spirits.

If Thai coins can be exchanged at home, it is recommended to exchange them first. For example, 200-300 yuan RMB is enough. The rest, in dollars. Because as soon as you leave the airport, you need cash. The most cost-effective exchange point in Thailand: from the airport to the city, light rail is recommended. -There are two elevators at the reception area in the airport. The starting point of the light rail is less than 50 meters from the bottom floor, and there is an automatic ticket vending machine. The fare is 45 baht. The small window next to you can change small change. After arriving at the finish line, the bus at about 5-6 stops away from it or on the second floor can get another light rail, turn left (north) and sit on “SaPan Kuai, which reads: Sapan Kuai (meaning: Buffalo Bridge)” and the fare is about 20 baht, right? When you arrive at the station, go back to the crossroads and turn right. Is a row of exchange shops. The price for doing local business here is the most reasonable in Thailand. According to my experience, Thai currency is not a currency in circulation in China (it is relatively worthless in China), so if banks in China can exchange RMB for enough Thai currency you expect, it is also an option to exchange it in China. (If it is not for a big sum of money, the difference is the price of a meal.) However, if you already have US dollars, it is better to go to the above places! 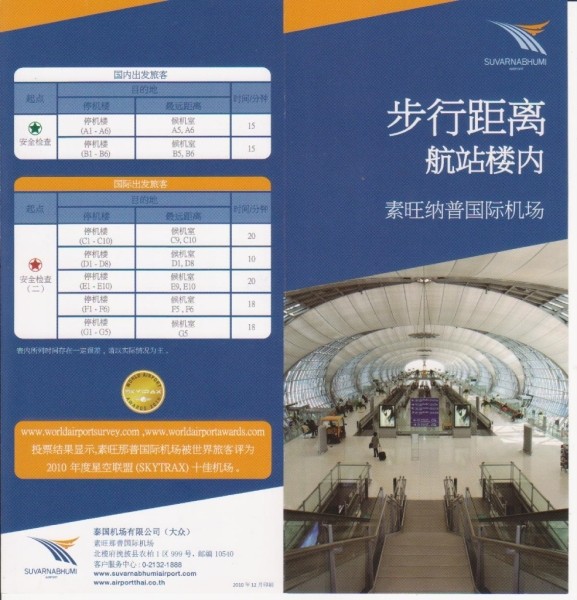 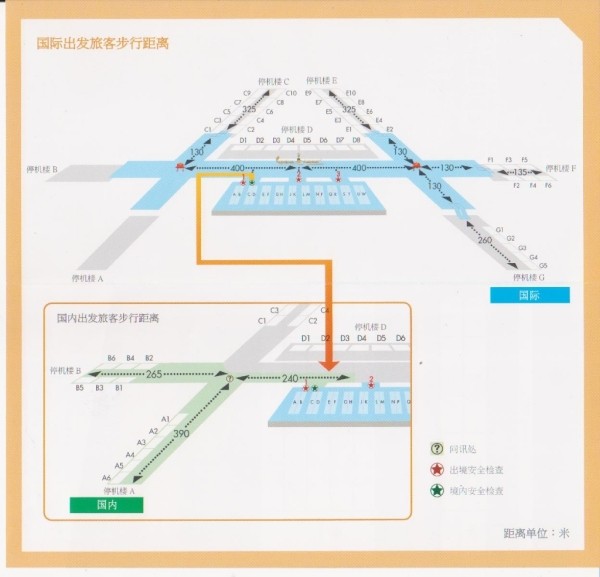 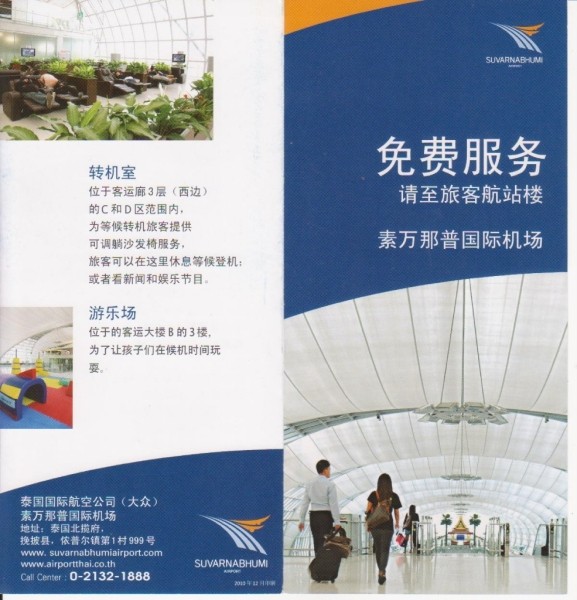 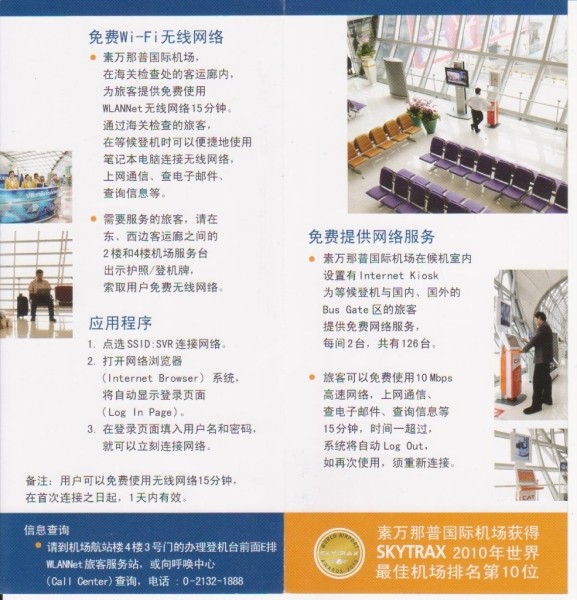 Plan before exit and customs clearance

Shops and restaurants will be more expensive than normal, including small supermarkets like 7-11. However, the hygiene and quality are better, and there will be many special products and foods that meet the tastes of tourists. 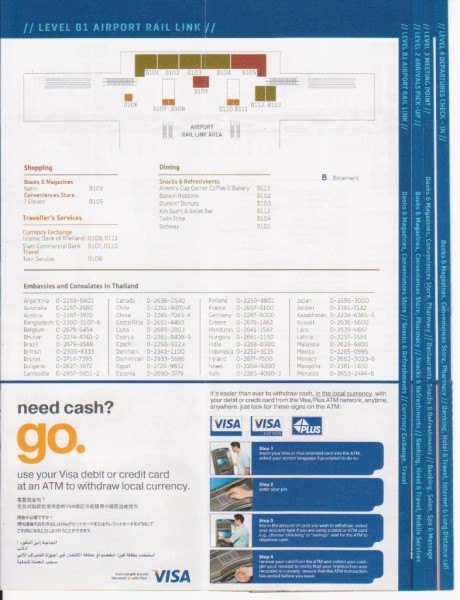 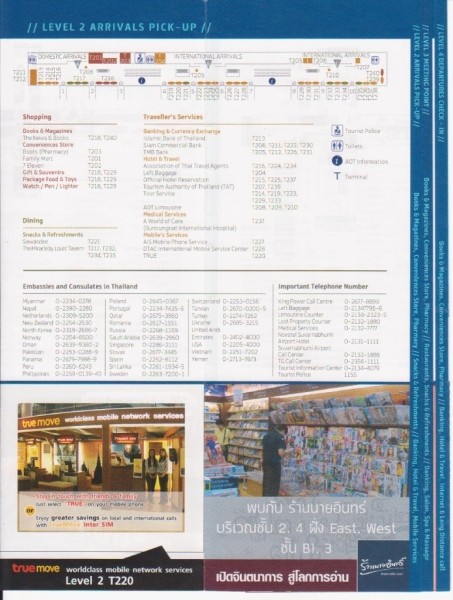 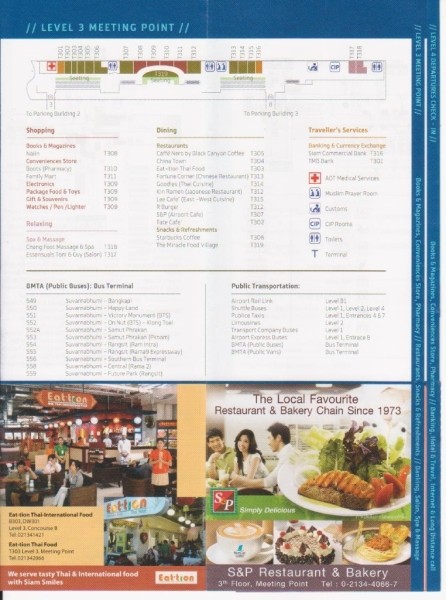 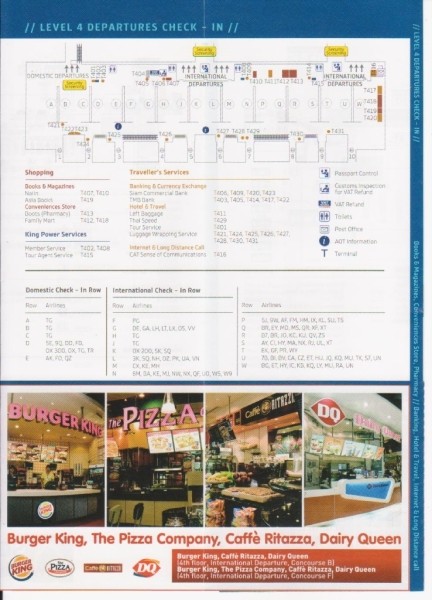 Plan after entering the customs

The “duty-free shop” after entering the customs is worth buying! Especially for famous brand cosmetics, cigarettes and wines from Europe, America, Japan and other countries, I often see friends of domestic tour groups “snapping up” Chinese cigarettes. However, goods made in Thailand will be much more expensive than those on the market! 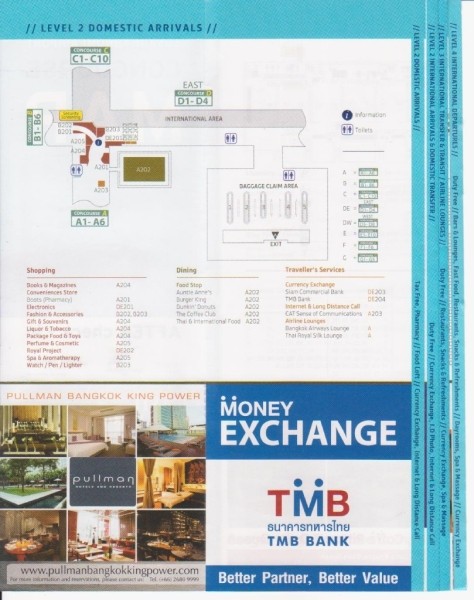 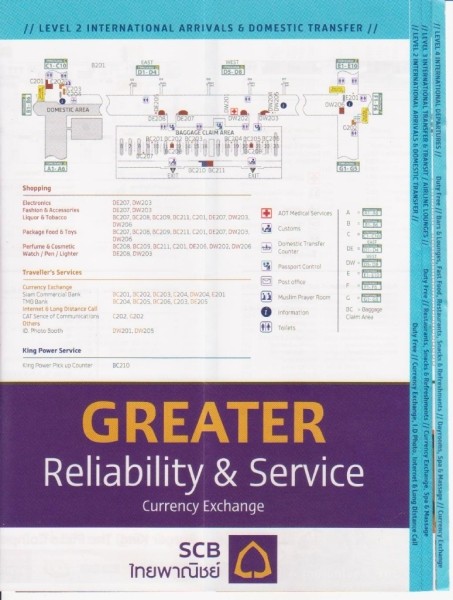 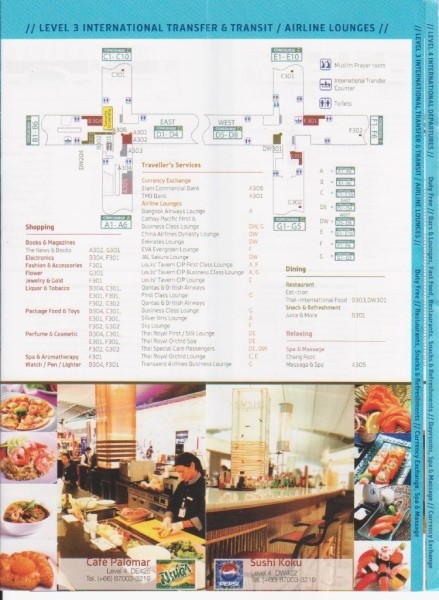 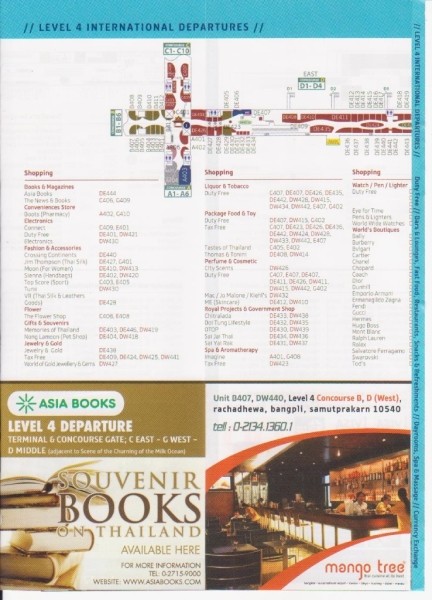 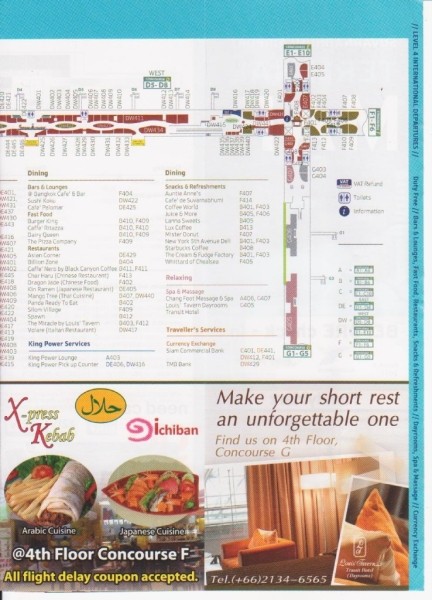 Read the travel notes, please comment. A response, a favorable comment or criticism, even if it is just a smiling face. Some criticisms will help improve and some favorable comments will be shared by more friends.

Viewpoint of Thailand’s Travel-Impression of the Grand Palace