Take you to Kyushu (3) Entering the Fairy Tale World-Dafen

Travel by train to Kyushu. Although Kyushu is not as prosperous as Tokyo and Osaka in Japan, it has the quietness of the European countryside. Lin Yutang once said, “The ideal life of a world of great harmony is to live in the countryside of England…” Although it is a joke, it shows the romantic charm of rural countryside, especially for people who have lived in big cities for a long time, it is full of longing and yearning for rural life. Dafen is a relatively “rural” place in Japan. It is different from the rural areas in China. Apart from the pleasant environment, the modern supporting facilities of the city are well introduced in the rural areas of Dafen. The villages pursue the original ecology and the gap with the cities is very small. No wonder friends say that looking at the gap between the country and the country is not looking at its big cities but at its rural areas.

Dafen is also a world full of fairy tales. I like Hayao Miyazaki’s fairy tales best, not only because of the relaxed and touching stories one by one, but also because of the beautiful pictures in each fairy tale, which bring people into a beautiful youth together… You can always find such pictures and feelings in Dafen. Today’s Dafen trip can also be said to be a wonderful fairy tale trip…….

In the morning, I took the special train “Youbuyuan Zhisen” No.3 and went from Bodo Station to Youbuyuan Station. The green car shuttling through the forest has not yet got on the bus. The respectful etiquette and smile of the conductor have already given people a good mood…… 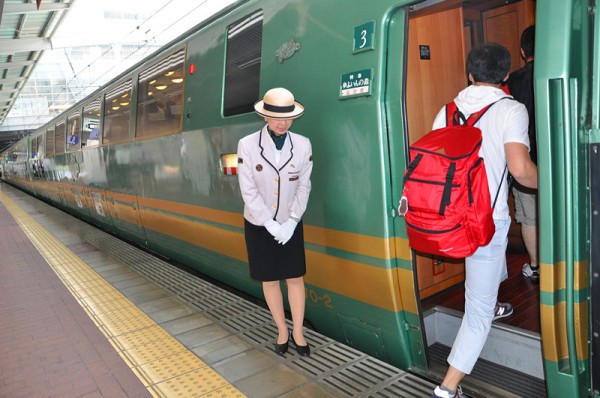 “Youbuyuan Zhisen” is a plateau vacation train. In order to give a better view, the seats are higher than those of other trains, and a large number of natural style decorations are also used in the carriages. Looking out of the window at the beautiful scenery, such as time travel, you will think of what again? 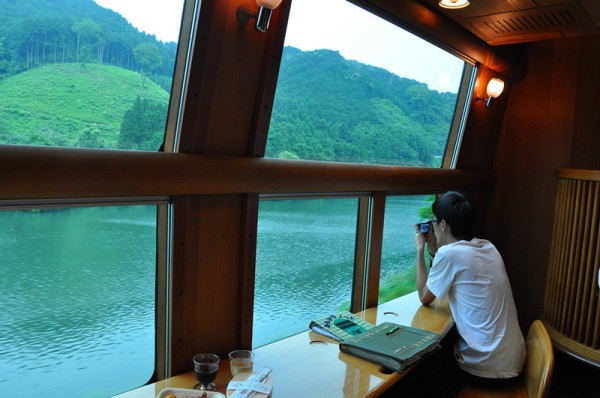 The lunches on the train are also the essence of Japan’s Shinkansen, with 700 yen for boxes, 350 yen for wine and 550 yen for sausages. 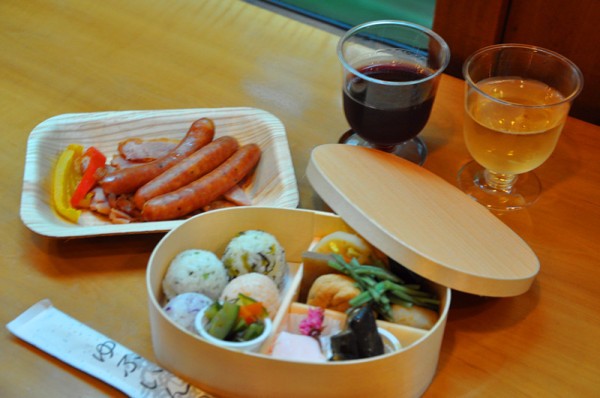 In addition to some hardware facilities in the car that better reflect the feeling of traveling, another important difference is service. Passing through scenic spots along the way, the waiter will take the initiative to introduce to the passengers 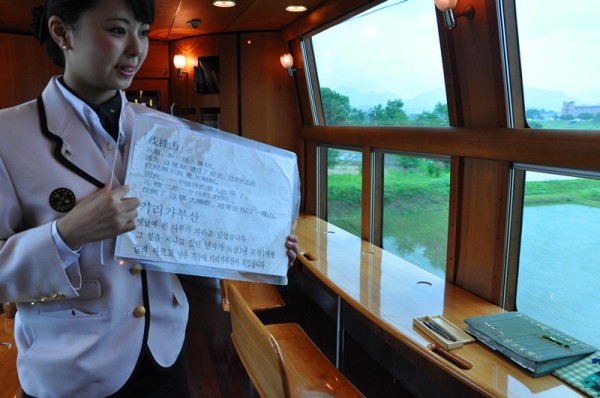 While enjoying the beautiful forest scenery along the way, I enjoyed the delicious food on the bus. All of a sudden, I found that there were passenger message books and messages from tourists from all over the world on the dining table. Duoduo also left a memory. 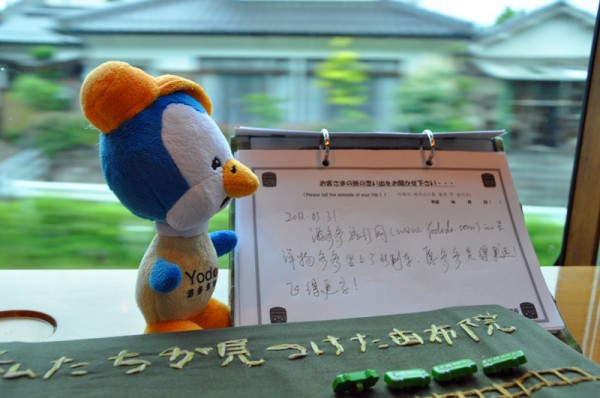 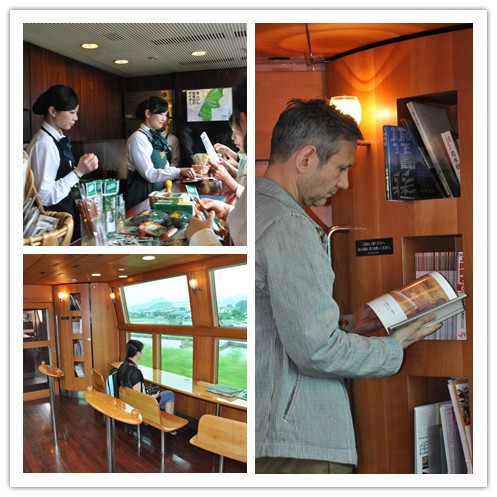 The train arrived at a charming small station-Youbuyuan. Youbuyuan Station has two characteristics: first, there is no ticket gate; Second, it can be ruined with hot spring water on the platform, but there is a charge. There are more than 800 hot springs in this small town, which belongs to Asu Jiuzhong National Park and Kirishima volcanic belt. Due to the surrounding mountains, the climate is quite pleasant. Although it is nearly June, it does not feel any sweltering summer…….. 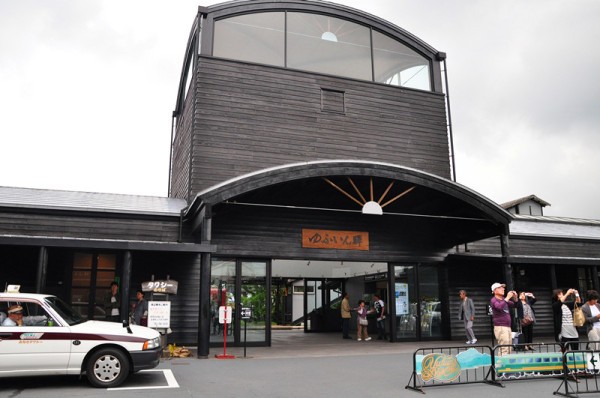 If one word is used to describe Yumuyuan, it can be said to be “dia”, The two words describe “fairy tales”, The three words describe “little freshness”, The four words are “petty bourgeoisie sentiment”, The whole town is full of all kinds of exquisite shops, Cartoon images that can be seen everywhere… the appearance combines with the architectural features of Japanese houses to form scenes everywhere without making people feel very commercial. Walking is the best way to travel in this small town. In this quiet and beautiful small town like oil painting, sit and walk quietly, forget the troubles of work and the pressure of life. Isn’t this the meaning of travel?….. 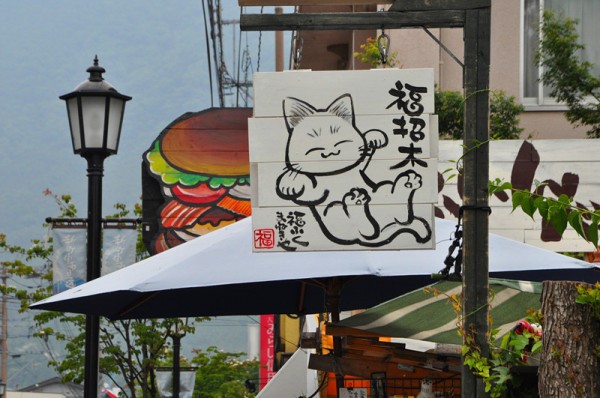 Food is naturally essential in a casual town like Buyuan. Lunch is at the “Tang Zhiyue’an” restaurant. Japanese-style “farmhouse food” is not only delicious, but also pleasant in the environment. 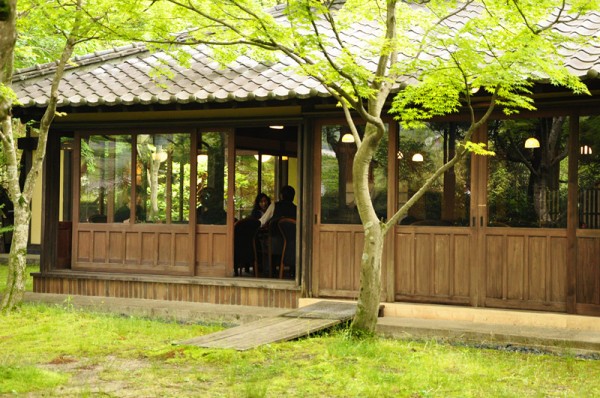 Standing by Jinlin Lake, I place my infinite leisure thoughts on the beautiful picture of Bibo. Is what quieter and more comforting than the light waves on the lake?

Imagine that after autumn, the lake is foggy on a cold night, or a snow-white world in winter. Should it be a dream picture of how? 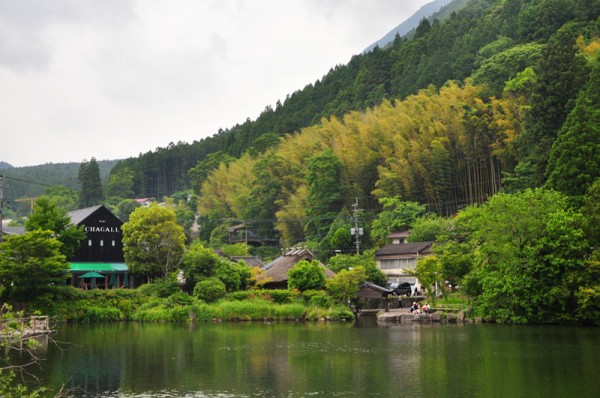 The pleasant scenery and aura of the cloth courtyard have attracted many painters to stop and settle here. There are already more than 30 art galleries in the small town. The picture shows the young owner of the Markhakar Art Museum on Jinlin Lake, a native of Dafen. Tired of city life, he and his father run the art gallery together. In his spare time, he also travels to major cities, but in the end he likes it best. Yes, in the face of such beautiful scenery and tourists from all over the world every day, you can also participate in all kinds of music festivals and film festivals by the cloth hospital. It is not lonely and boring at all, and it is the envy and yearning of many of us who live in big cities. 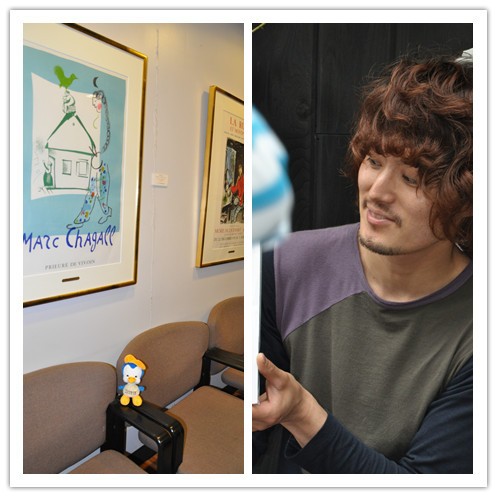 Youbu Hospital is the most recommended place during the trip these days. If you come to Kyushu, you must not miss this small town!

Summer Tour to Fuliano, Hokkaido in 2012 (4) Accidents Outside Patchwork